These ladies are ready to pop!

Kourtney Kardashian flaunted her big baby bump as she ran errands with Khloe Kardshian in Woodland Hills, Calif. on Saturday.

Sporting a fitted, long-sleeved black dress, black booties and a green beanie, the reality star looked cute and comfortable as she put her pregnancy curves on display.

The eldest Kardashian sister, who's expecting her third child with longtime love Scott Disick, revealed the new addition is due next month in a new interview with Fit Pregnancy.

When asked if she's concerned about her OB-GYN being away for the holidays, she said, "No. I'm going to keep him handcuffed to me! With Mason, I was due on December 24 and my mom said, 'No, not on the night of my Christmas Eve party!' But he was born 10 days early, so we'll see what happens this time."

Another celeb to show off her blossoming baby belly is Vanessa Lachey!

Nick Lachey's other half covered her bump in a boho-chic ensemble over the weekend, wearing black leggings, a gray T-shirt, and her favorite denim jacket. She added some cool accessories, including black boots, a black hat and classic aviator sunnies.

The former "TRL" host is expecting a baby girl with her hunky hubby -- and Nick announced the news via Twitter in July.

"Can't think of a better way to celebrate 3 years of marriage to my beautiful Vanessa than this," the singer wrote, sharing a photo of son Camden running on the beach around a heart in the sand that reads, "It's a girl." 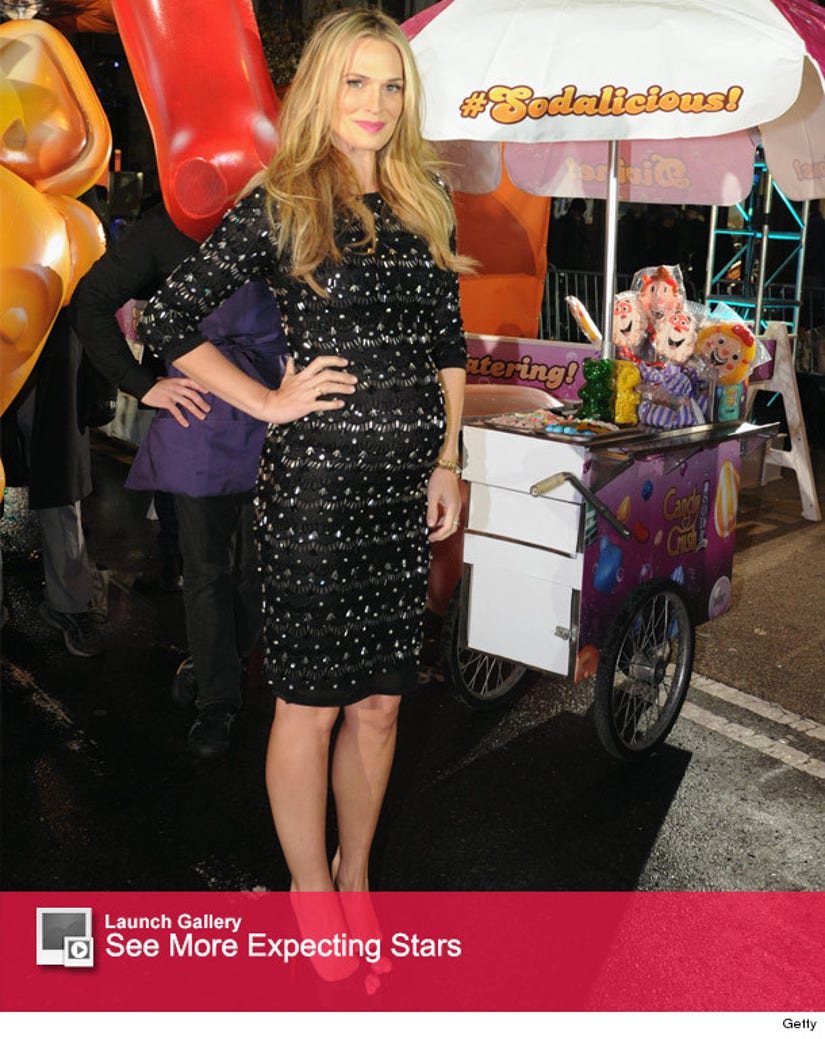 And over in New York City, Molly Sims, who's expecting her second child with husband Scott Stuber, put her growing belly on display in a fitted black beaded dress at the launch of new mobile game Candy Crush Soda Saga on Friday.

The veteran supermodel, 41, recently revealed that her second pregnancy is turning out to be completely different from her first with son, Brooks Alan, who is now 2-years-old.

"Morning sickness is an all-day sickness — from morning until night," she said. "Normally it was around 4 o'clock in the afternoon till like 7."

Congrats on all the baby news!