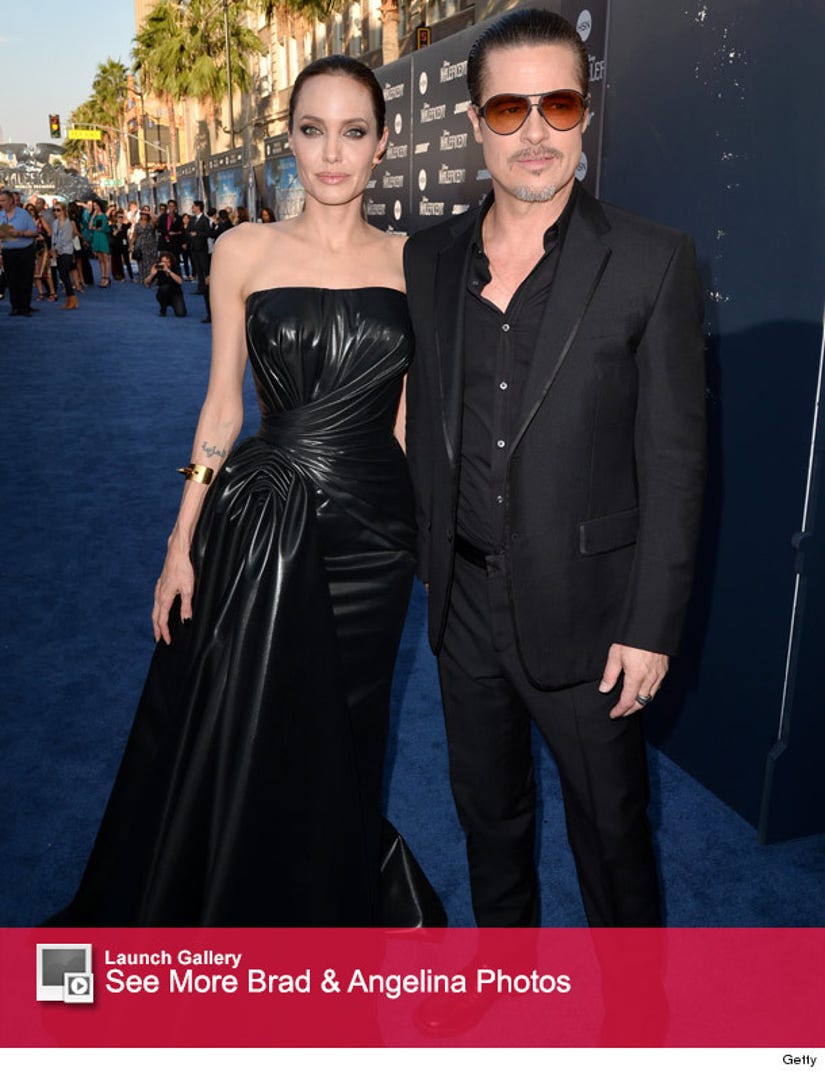 Angelina Jolie is giving us a peek inside married life with Brad Pitt.

The "Unbroken" director recently sat down with Tom Brokaw for NBC's "Today," where she opened up about her relationship and revealed how she wants to start "being a better wife."

The famous couple tied the knot in August in a hush hush French ceremony after 10 years together. The two already have 6 children, but has married life changed anything for the duo?

"It did change. It was in just a feeling of that security and comfort that we always had but recommitting after 10 years of being together," she revealed. "We were fortunate enough to be in that unusual situation where we got married with our children and they were part of the ceremony and they wrote some of the vows. So it was all of us agreeing to be together and to just, commit to this life together-not because we had to not because anything was missing in our lives-because we were absolutely sure. We felt that much of a family and it was that moment. It was really lovely. It was a lovely day."

What we really want to know is what it's like being Mrs. Brad Pitt.

"I think we have more moments where I say 'I'm gonna be a better wife, I'm gonna learn how to cook'. And he says, 'Oh honey. Just know what you're good at, know what you're not,'” she laughed. “But I do have my, 'No, no, no! I'm gonna get this wife thing down.' But he knows my limitations and where I'm a good wife and a good mom.”

The pair started filming their next film together, "By The Sea," shortly after their wedding. The movie follows a couple through their deeply troubled marriage.

"It felt like the appropriate thing to do on our honey moon,” she said of the ironic project.

Watch the clip above to see what Angelina had to say about her and Brad butting heads on set! The special Unbroken: The Real Story will air on Dec. 9 on ET.