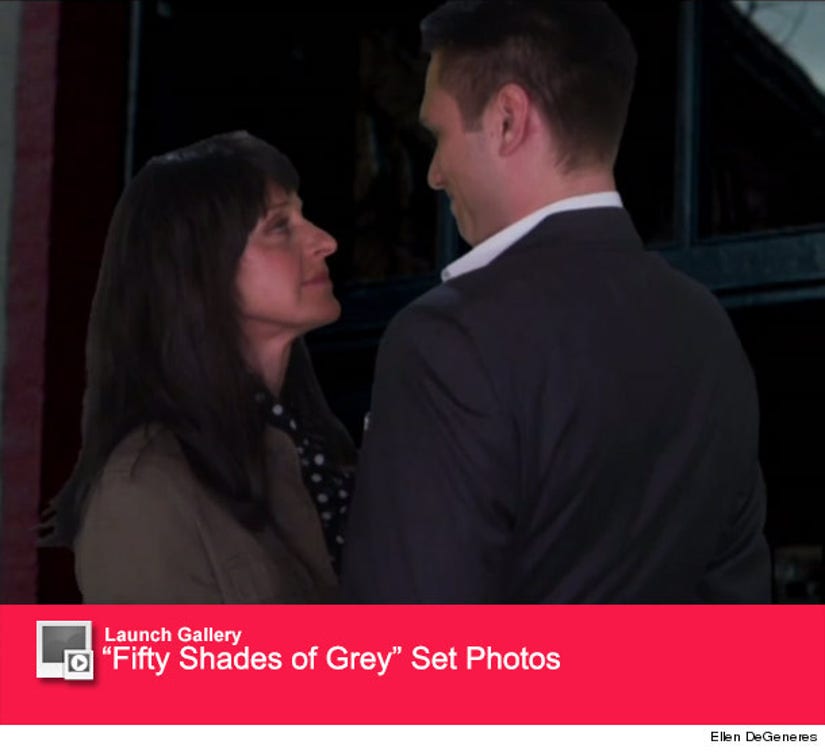 Ellen DeGeneres took on "50 Shades of Grey" -- and it was hilarious!

"Over the years, I've shown you a lot of scenes from different movies that I've been cut out of," she told the audience. "For some stupid reason the scenes keep getting cut ... until now."

"I am so happy to say I got the lead role in '50 Shades of Grey.' They're acting like it's Dakota Johnson, but it's not -- it's me," she continued. "No one knows their way around a whip more than me."

Ellen then revealed the first trailer of the racy flick. Sporting Anastasia Steele's signature long brown hair, she recreated the scenes perfectly. We got to see Ellen meeting Christian Grey (Jamie Dornan) for the first time, waking up in his bed and singing a song by the piano in a bed sheet!

Check out the hilarious clip above to see her reaction to Christian's infamous Red Room of Pain -- priceless, right?

Watch the actual trailer for the film below: