The gloves are off!

In an upcoming episode of "Kourtney & Khloe Take the Hamptons," Kim Kardashian confronts her longtime friend Jonathan Cheban about leaking stories to the press about her famous family.

The reality star asks her BFF if he told a media outlet that Kourtney Kardashian was seeking help from a therapist to deal with Scott Disick's stint in rehab.

When Kim questions Jonathan's motives and asks to see his phone, he is offended by the accusations and lashes out.

"When I am sitting there, sending out information ... You don't think I have anything better to do in my life?" Jonathan asks. "You used to be a publicist," Kim responds. 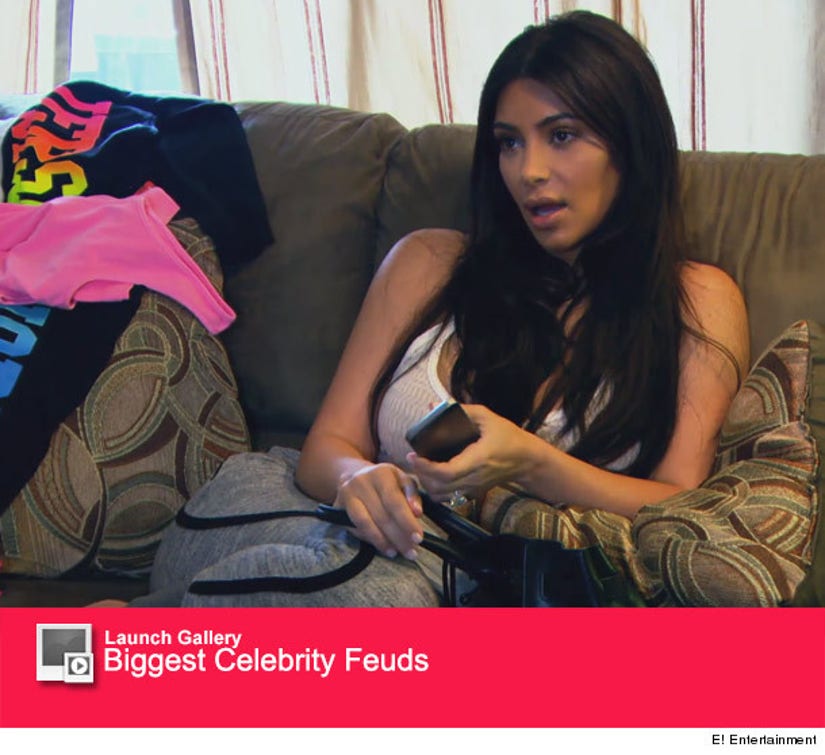 Mrs. West is still skeptical about Cheban's motives, which causes him to lose his patience.

"You're a bitch," he yells, tossing a box of donuts at Kim. "Take your donuts, take my phone and go f**k yourself."

It seems Kim isn't the only member of her family that thinks Jonathan could be the leak!

Kourtney and Khloe both share their concerns about him, and Kourt admits that she doesn't want Kim to talk to him about her personal life.

"I think there's a little weasel in your camp," Khloe says in a flashback. "He is definitely the leak," Kourtney declares. Check out the clip below to see the drama unfold!

Do you think Jonathan is the leak? Sound off below.