This is IMPORTANT NEWS: Chris Pine is single!

The "Into the Woods" star confirms that he is "a single man" on Wednesday's episode on "The Ellen DeGeneres Show."

When Ellen said she was "just putting it out there," the actor blushes and says, "Geez. Oh, man." (The hunky star was recently linked to a former Icelandic beauty queen named Íris Björk Jóhannesdóttir).

The talk show host was also nice enough to share a VERY sexy shirtless pic of Pine with her audience -- joking, "So, you work out a lot, too?"

"Ellen, that's a lot of fake tanning," he replies. Check out the clip above to see him showing off his buff bod! 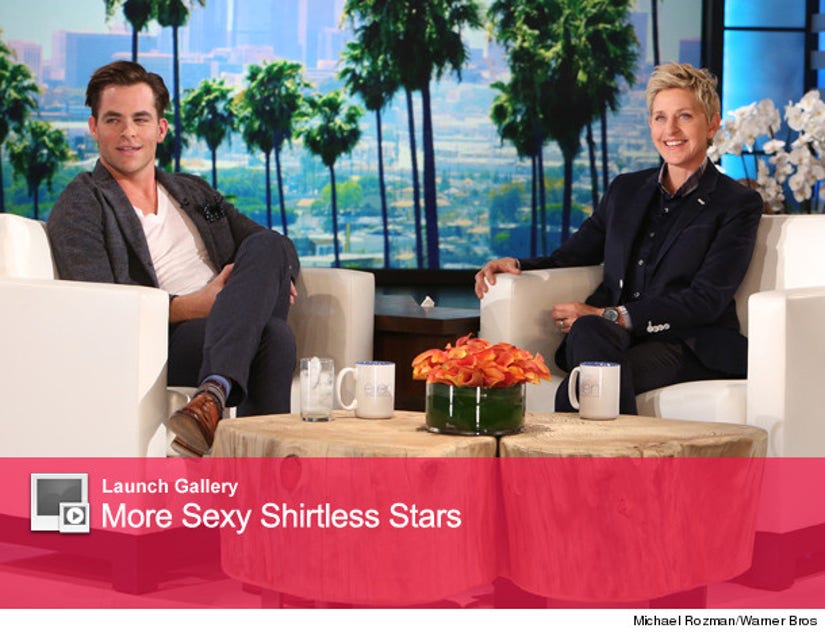 Not only is Chris available and totally hot, but he also likes to sing.

"I think I can carry a tune. Obviously in the shower, the acoustics are maybe better than you are," he says. "I auditioned for Rob Marshall in his living room, and he was very kind, noticed that I was very nervous. He and his partner, John, joined me in singing the song, and that kind of made me feel more comfortable."

To test his singing skills, Ellen brings out a "Pine Nut" (which is a cute term for the actor's fans) from the audience for a special serenade from Prince Charming himself.

Watch the video below to hear him belt out Frank Sinatra's "Summer Wind!"