The show must go on!

Tori Spelling stops by "The Meredith Vieira Show" on Wednesday, where she opens up about hubby Dean McDermott's departure from "True Tori" and reveals why she's decided to air all of their dirty laundry on TV.

Check out the sneak peek above to see what's happening with the show!

While Tori doesn't sound 100% sure that she can, in fact, do their reality series without Dean, the "Beverly Hills, 90210" star would like it to continue.

"For me it's True Tori, I have a lot more to tell, I have four children, I'm a mom, I'm a woman and I want to go on," she tells Vieria in the clip.

The talk show host also asks Spelling about her choice to do the reality series in the first place -- and Tori has an interesting answer about it all.

Check out the video below to see what she says!

Spelling says that she wouldn't have even have considered doing a reality show solely about Dean's affair if it wasn't already made public. While that's pretty hard to believe -- given the couple's TV history -- the actress says she also wanted to show fans her "journey."

"If everything hadn't been made as public as it was I would have chosen to deal with this privately with my husband," she says. "I just chose to deal with it because it was my journey, my truth and women everywhere go through this. I wanted to put it out there."

What do you think about Tori's comments? Sound off below and check out the gallery to see even more celebrity cheaters! 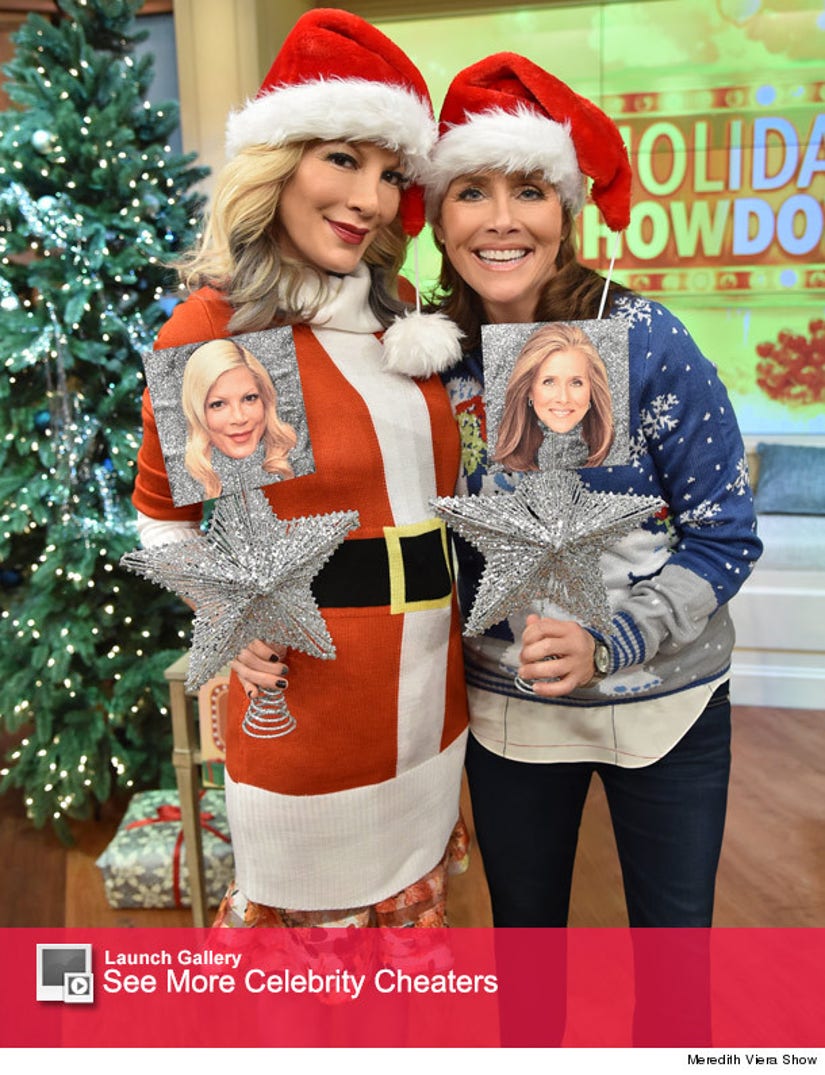 Make sure to check out Tori's full appearance on Wednesday, November 26th, 2014 and visit www.MeredithVieiraShow.com to find out when it airs in your city!