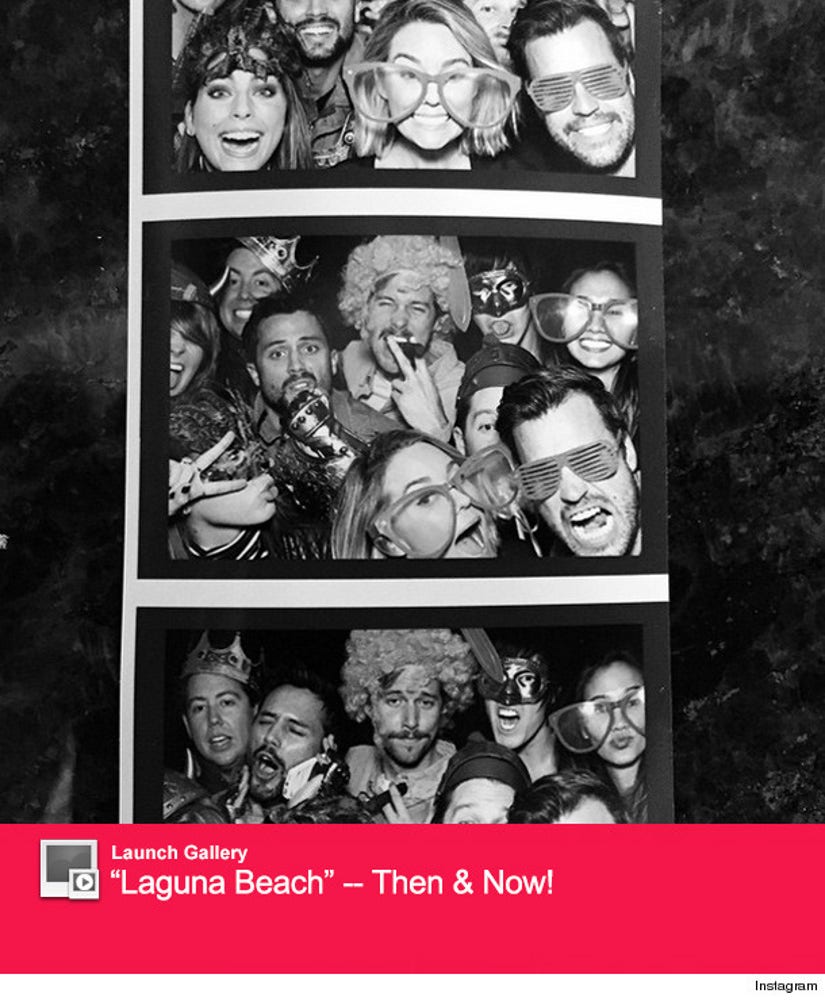 Exes Lauren Conrad and Stephen Colletti just got together again for an epic photo booth pic at their high school's 10 year reunion over the weekend -- and it looks anything but awkward.

The two, who famously dated on MTV's now-classic reality show "Laguna Beach," are seen together in the shots above ... which Stephen shared on Instagram.

Colletti can be seen sporting a sexy goatee, while LC wears a pair of oversized glasses in the photo strip. "Class of '04 reunion. A little longer in the tooth but still just the right amount of crazy," Stephen captioned the pic.

But there are no sparks here anymore, as Conrad was joined at the reunion by her husband William Tell ... he's the one in the Kanye shades. Lo Bosworth also attended.

The entire cast has matured over the past decade (yes, it's been a decade since "Laguna" premiered!), but can we take a moment to reflect on how HOT Stephen is these days?

Just look at another of his most recent Instagram pics:

Check out the gallery above to see what he and the rest of the cast of the show have been up to in the past 10 years -- and what they all look like now!