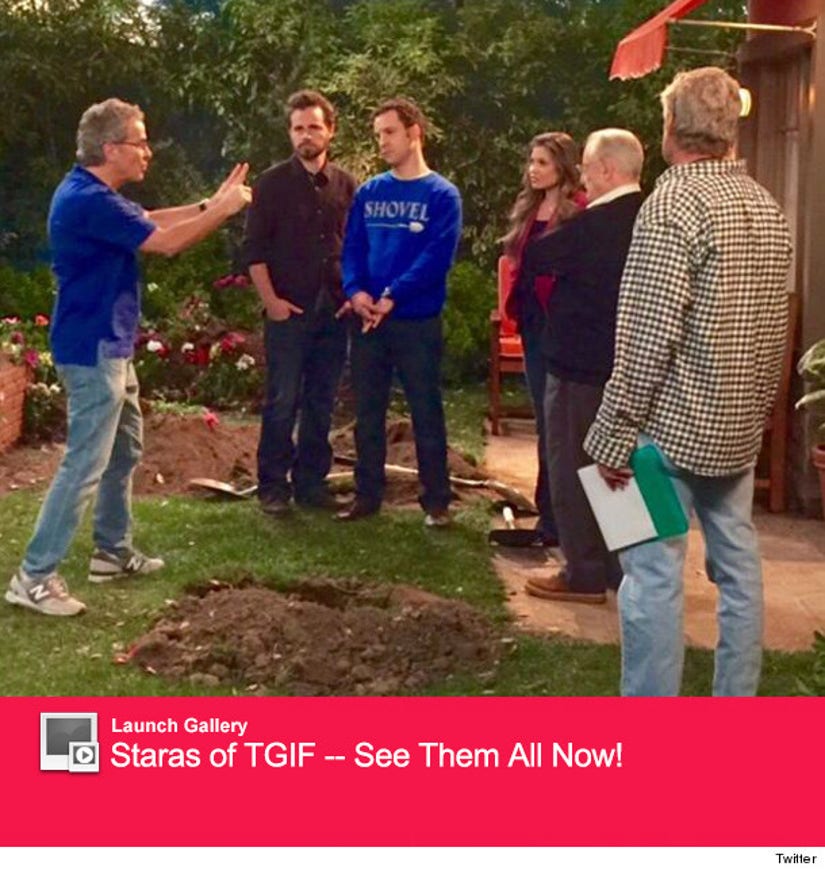 This world just keeps getting bigger!

After Rider Strong, Betsy Randle and William Russ reunited with their "Boy Meets World" costars for an upcoming holiday episode of spinoff show "Girl Meets World," even more are coming back into the fold.

With filming for Season Two already underway, Ben Savage revealed a photo from the set that will make many TGIF fans VERY happy.

Will Friedle and William Daniels, who played Cory's brother Eric and Mr. Feeny on the original series, can both be seen in the shot. Yep, Feeny's back!

The show's writers went into a little more detail on Twitter, giving fans a taste of what to expect in episodes to come.

Announcement #2: We just completed two shows with William Daniels. The cast went to Mr. Feeny's house to retrieve something from the past.

Announcement #3: Now that we have introduced you to our girl's world, both worlds will merge more often.

Announcement #4: Shawn, Eric and Mr. Feeny will be an important part of season 2. Lives will change. People will grow. People won't.

Announcement #5: The table reading is over. In case you didn't know, Will Friedle is absolutely hysterical. Welcome home, Eric.

Announcement #6: Another member of the original cast will also join us this year. There will be an announcement about it. That is all.

So, who else is coming?

Another possibility: Lily Nicksay, who played Cory's younger sister Morgan. We recently chatted with her at a reunion for the show, where she said she has talked to series creator Michael Jacobs about a potential return.

Check out our interview with her below: