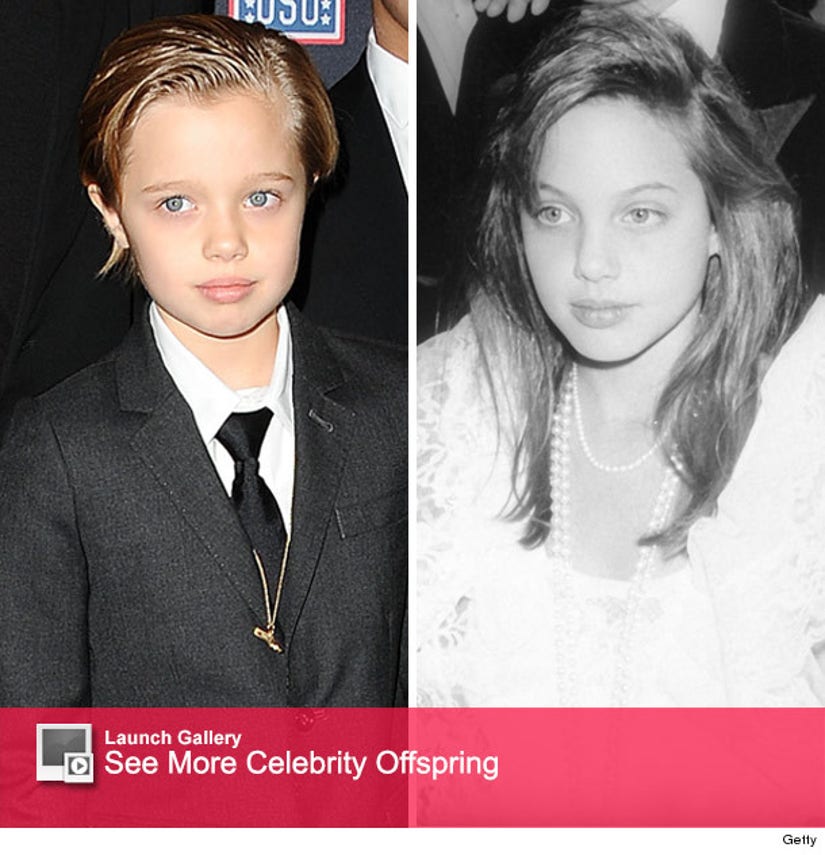 While Angelina Jolie was stuck at home with a case of the chicken pox, husband Brad Pitt and children Shiloh, Maddox and Pax turned out at the "Unbroken" screening on Monday.

But Jolie might as well have been there, because Shiloh looks just like she did as a kid!

From her famous pout to those big blue eyes, the eight-year-old beauty is the spitting image of her gorgeous mother. 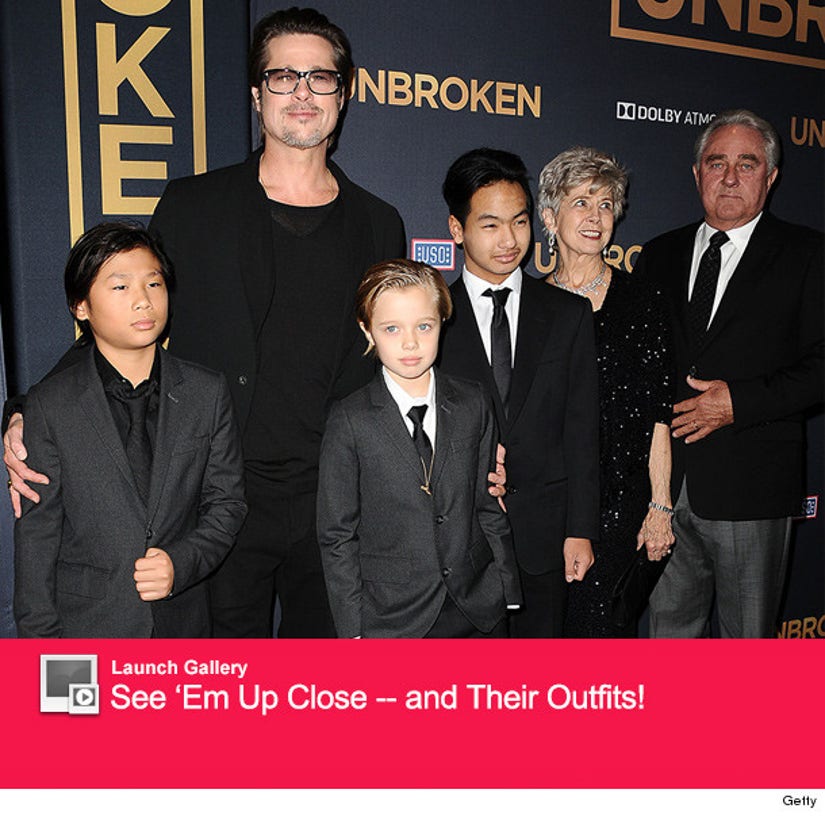 The Jolie-Pitt brood stole the spotlight at the premiere, sporting suits and ties as they posed for pictures with Brad's parents, Jane and William.

Check out more cute pics of the family above!

Angelina announced she had to back out of last night's premiere in a video posted to Universal Pictures' Facebook page, where she revealed her pox!

"I just wanted to be clear and honest about why I will be missing the Unbroken events in the next few days, which is that I found out last night that I have chickenpox," Jolie said. "So, I will be home itching and missing everyone, and I can't believe it, because this film means so much to me. I just can't believe it. But such is life, there it is. And send everyone my love, and hope everything goes well."