In the new episode of "The Millionaire Matchmaker," Patti Stanger enlists "The Hills" alum to help her friend/former "Real Housewives of New York" star Jill Zarin's daughter, Ally Zarin, land the right guy and discover her self worth.

Check out the sneak peek above to see what Kristin has to say about playing hard to get!

"I think you have to find a gentleman, someone that's going to pursue you and put in a little effort -- and always put you first," she tells Ally in the clip.

While Ally's not looking to get married anytime soon, she does want to find a guy that's worth her time.

"You don't want to be in a relationship with a guy that you have to pursue in the beginning. You're the woman!," Kristin continues. "He has to cherish you and love you."

Patti recently chatted with toofab's Brittany Kyles, where she revealed that setting up Jill's daughter was a pretty stressful endeavor.

"I loved Ally Zarin because she's like my niece. It was tough because Jill is my best friend. So I wanted to set Ally up with a really nice guy but Jill was cramming in my ear," she told us. "I felt like I had my mother on my shoulder."

"That was a tough time because the bar was higher for me because it was family," she added. "I had a hard time with that one."

We think the 27-year-old has some solid advice -- what do you think about the mother-of-two's relationship rules? Tell toofab in the comment section below and check out the gallery to see more "Hills" stars then and now! 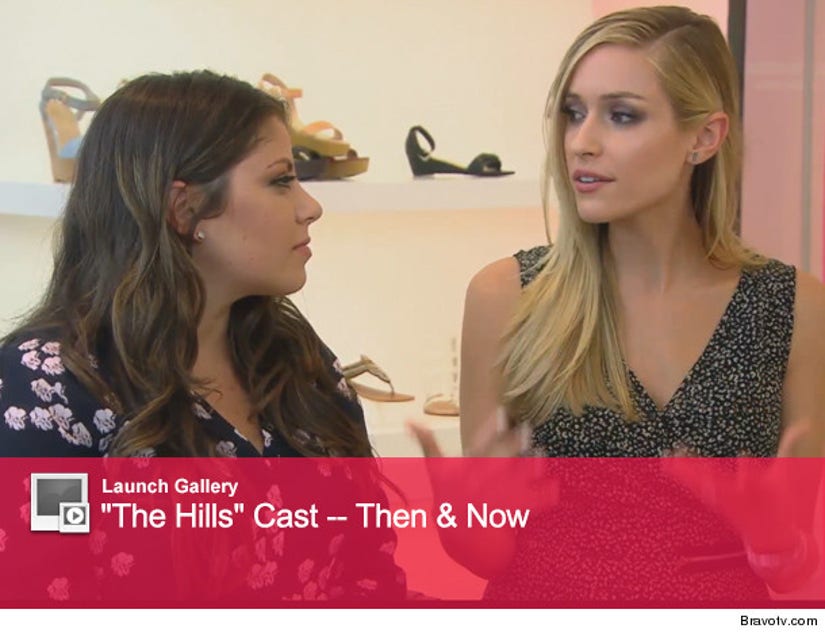 Make sure to check out Kristin's full cameo on "The Millionaire Matchmaker" January 1 at 10pm ET/PT on Bravo.