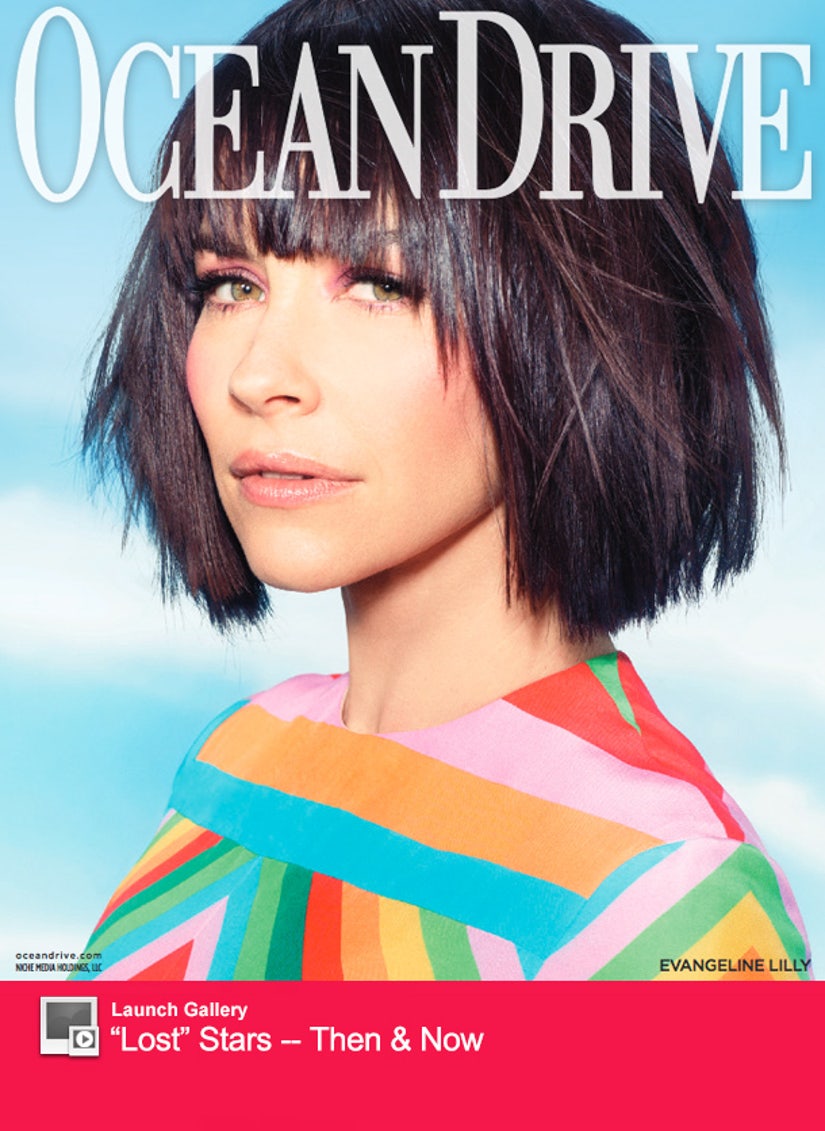 Evangeline Lilly has lost the desire to get hitched.

Though she has son Kahekili (the name means "Thunder" in Hawaiian) with longtime partner Norman Kali, the actress doesn't think they'll get married ... unless it's for the benefits.

"Every other 16-year-old girl wanted to look at bridal magazines; I could not have been more bored with the notion," the actress says in a new interview with Ocean Drive magazine. "I have an American son and an American partner, so marriage might logistically make sense at one point. My partner is a stay-at-home father, so if he wants to be on my health plan, or taxwise, or maybe on paper we want to have our I's dotted and our T's crossed, but emotionally neither of us really feels the need for it."

And while saying "I Do" may be off the table, Lilly still wants to expand her family.

"What I wanted originally was six kids," she says. "I frickin' love being pregnant. I'm one of the lucky women who just had a blissful pregnancy, but I wanted to adopt four. My partner and I have really been through the ringer in the adoption world and it's hard, so we'll see what happens. Life is magically beautiful, and it brings you what is perfect."

Not so "perfect"? The idea of being famous.

"Fame didn't fit well with me," she tells the mag. "It just didn't work for me. What's happened over the years is I've had to find ways to come to terms with it and understand it in a new way, and not turn my nose up to it and think that it's all sort of perverse and distorted. I had to learn not to throw the baby out with the bathwater."

"There are a lot of things that used to be frustrating to me that aren't so much now," she continues. "It's just a mind-set of 'It's my job. That's why they pay me the big bucks, because I can do that, because I can continue to be charming even when I want to punch you in the face.'"

Not gonna lie, we kind of love this candid conversation -- we wish there was more of it in Hollywood!

Check out the gallery above to see what more stars of "Lost" look like now -- some of 'em may surprise you.