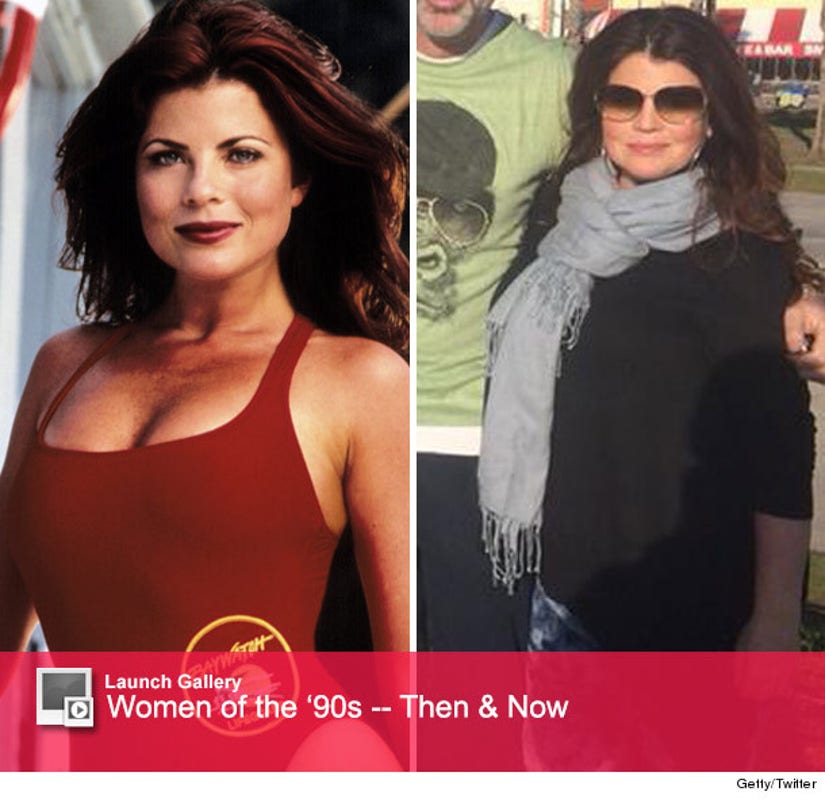 She's back on the beach!

"Baywatch" alum Yasmine Bleeth made her first public appearance in over 10 years this month, resurfacing at Venice Beach, of all places.

The busty brunette was introduced on the classic show's fourth season as Caroline Holden, the sister of Alexandra Paul's character, Stephanie. She quickly became one of the series' hottest commodities and was even named one of People Magazine's Most Beautiful.

But after being let go from the show (according to show producer Douglas Schwartz, it was over drug issues), an arrest and a trip to rehab, the actress all but disappeared. Her last public appearance was back in 2003, at an engagement party for Carmen Electra and Dennis Rodman.

Now 46, Bleeth resurfaced alongside "Real Housewives of Beverly Hills" star Eileen Davidson and each of their husbands in a Twitter photo the soap star posted last week. The group was at the beach to take part in the annual "Penguin Swim" on New Year's Day. 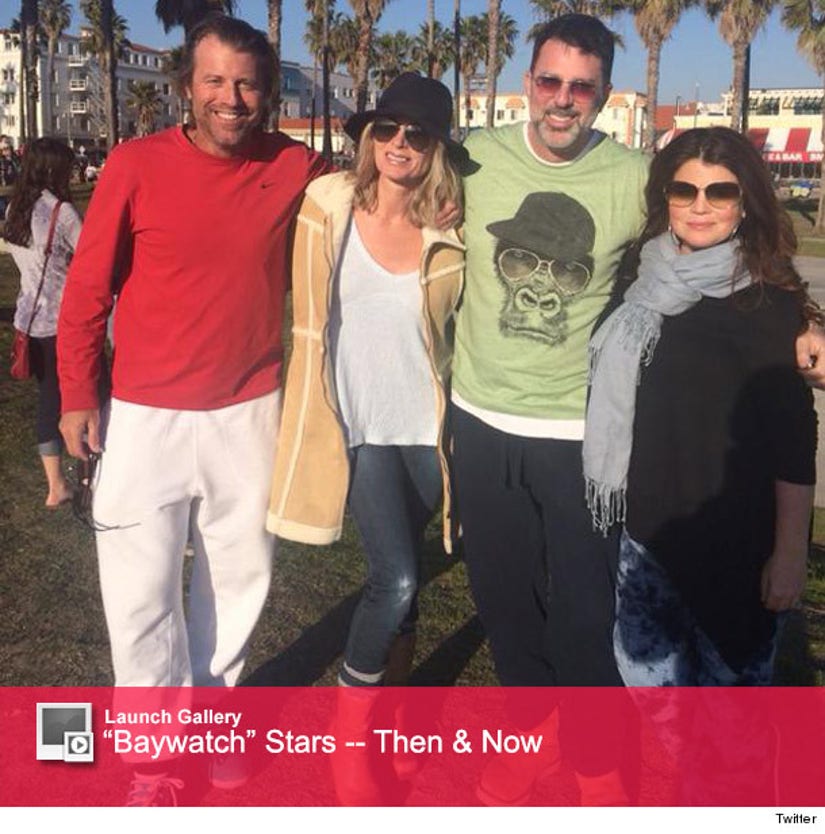 We gotta say, she looks pretty great ... especially for someone who's been in hiding for over a decade!

We're told Yasmine turns down almost all media requests, especially ones related to "Baywatch," and likes to keep private these days.

Check out the gallery above to see what the rest of her "Baywatch" costars all look like now -- and watch our recent interviews with Jaason Simmons and Alexandra Paul below!