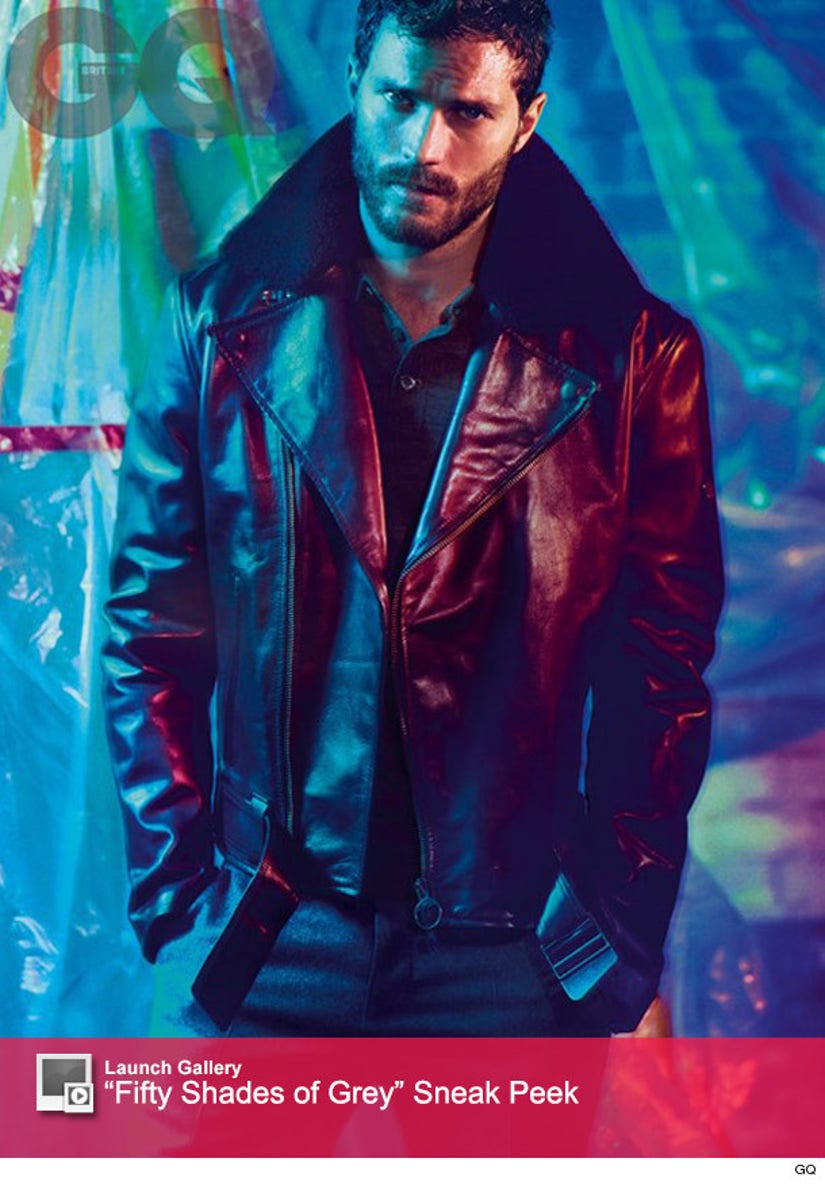 Jamie Dornan is revealing more details about those steamy sex scenes in the "Fifty Shades of Grey" movie .... and they're not exactly what we were picturing.

In the February issue of British GQ, the "Once Upon a Time" alum talks about playing brooding billionaire Christian Grey and how he avoided full-frontal exposure during shooting.

"Your dignity is intact as much as it's all tucked away in a little flesh-colored bag," he told the mag. "As a guy you put all your essentials in a little bag and you tie it up like a little bag of grapes and it's tucked away. It's quite a peculiar thing to do every day."

Good thing Dornan is a pretty comfortable guy, especially when it come to all that S&M material.

"I'm an extremely liberal person, I don't give a f***. If people are into that they're into that," he explained.

In fact, he thinks there are stranger hobbies.

"There's weirder s*** than that," he continues. "I think plane spotting is far weirder than S&M. That I really don't get. I can understand why people are into S&M, but standing outside Heathrow Terminal 5 waiting for Ryanair to come in?"

And if anyone should know it's the 32-year-old, who got some first hand experience while researching for the role. Just last month he detailed to Elle UK about a "sex dungeon" he visited while prepping for the role.

"I can tell you from an alarmingly first-hand perspective it's not altogether sexy," he confessed. "But I've been in a dungeon with a lukewarm beer while a dominant has had some fun with his submissive and it was very playful and jovial and not at all dark and serious. There was a lot of laughter."

Head on over to GQ's website for more from Jamie's interview then click "Launch Galley" for a sneak peek at the movie!