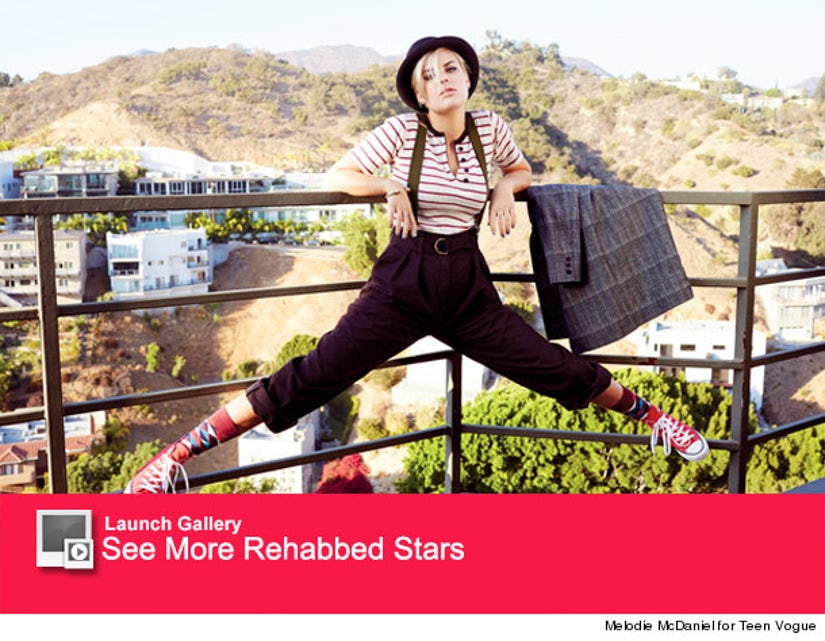 Tallulah Willis is getting honest about her difficult past.

Bruce Willis and Demi Moore's daughter is refreshingly candid about her struggle with substance abuse and an eating disorder in an honest and raw interview with Teen Vogue.

The 20-year-old talks about self-hate and being uncomfortable in her own skin when she first moved to Los Angeles and realized how "impactful" her famous parents were.

"I spent my childhood on our ranch in Idaho, I hadn't processed the full extent of my family's fame until I moved to Los Angeles and started third grade," Tallulah explained. "Then, suddenly, I didn't think I deserved what I had grown up with, and I remember thinking I couldn't have problems, so I kept everything bottled up inside."

She specifically pinpoints a moment as a young teen when her insecurities turned into self-hate.

"I recall very specifically: I was in a New York hotel room when I was 13 (before social media was such a huge thing), looking at a photo of myself online. I broke down in tears as I started to read the comments," she confesses. "I thought, 'I am a hideous, disgusting-looking person. I might be nice and I might be kind, but I'm a really unattractive human being.' In that moment a switch flipped. It wasn't about the anonymous cyberbullies -- I became my own worst critic."

The fashion blogger developed an eating disorder and started experimenting with drugs and alcohol. In college, her depression only worsened.

"I didn't sleep or want to talk to anyone, nothing seemed to have a point, the world lost its color, and food lost its taste. I was so removed from my body and from my mind that it was like living in a cardboard replica of what life should be. Not even so much because I was doing drugs but because I was so sad and so unhappy."

Older sister Scout, 23, came to the rescue for Tallulah and "forced her to see what she was doing."

She spent 45 days in an inpatient treatment facility and is now at a place where she's starting to feel O.K. with herself.

"It's not night and day -- it's not like I completely love myself and I have no problems. That isn't how it works," she explains. "But there are the starting points of that, and that's really exciting. I'm growing everyday and breaking old patterns."

We're glad Tallulah's on the right path! Click "Launch Gallery" for more celebs who've gone to rehab, and make sure to pick up the February issue of Teen Vogue on newsstands January 13th!