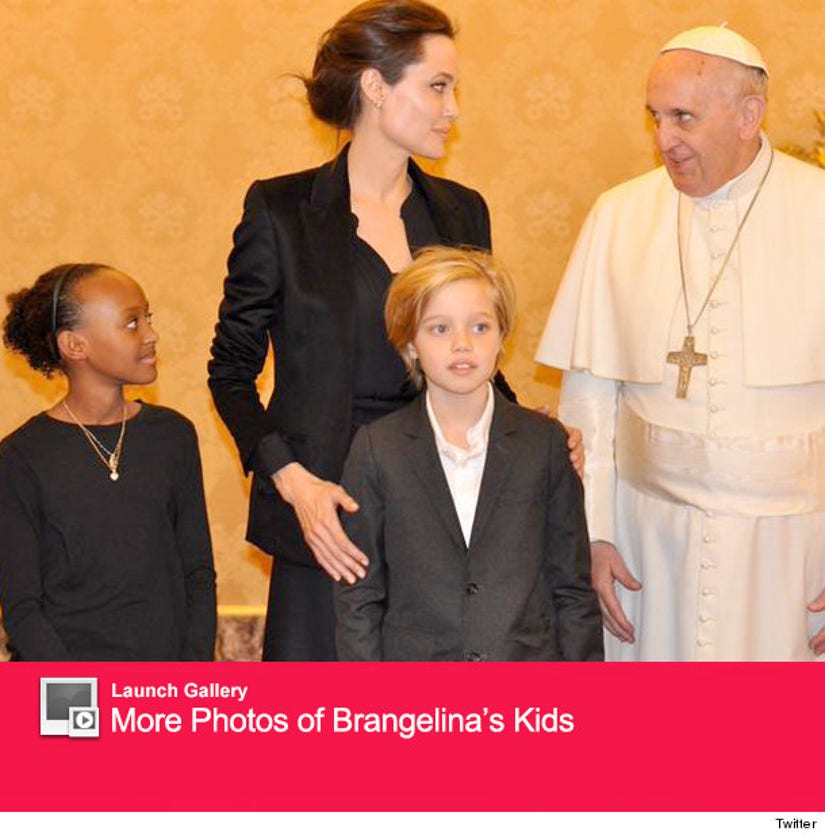 The actress, director and U.N. special envoy added pontiff to the list on Thursday, meeting with Pope Francis briefly after screening her film "Unbroken'' to some Vatican officials and ambassadors.

The Vatican said Jolie and two of her children were on hand at the Pontifical Academy for Sciences to screen the film, which tells the story of Louis Zamperini, an Olympic track star whose B-24 bomber crashed in the Pacific during World War II. He and two crewmates survived on a raft for 47 days, only to be captured by the Japanese.

Francis didn't watch the film but exchanged a few words with Jolie afterward when she was brought up to the Apostolic Palace, along with the children, her brother and a cast member. The meeting was arranged by the Argentine head of the pontifical academy, Monsignor Marcelo Sanchez Sorondo, who is a good friend of the pope's.

Lombardi stressed that the meeting wasn't a formal audience per se, but rather a brief and cordial greeting in which the pope paid particular attention to Jolie and the children, giving them Vatican souvenirs.

"It all lasted just a few minutes, even though it was naturally very significant for those present,'' he said.

"Unbroken" has sought to appeal to faith-based audiences, given that Zamperini was a Christian inspirational speaker who attributed his survival to his faith. Though the film doesn't focus on Zamperini's Christianity, its North American box-office success ($90.7 million in two weeks) has been partly based on the interest of movie-going faithful.