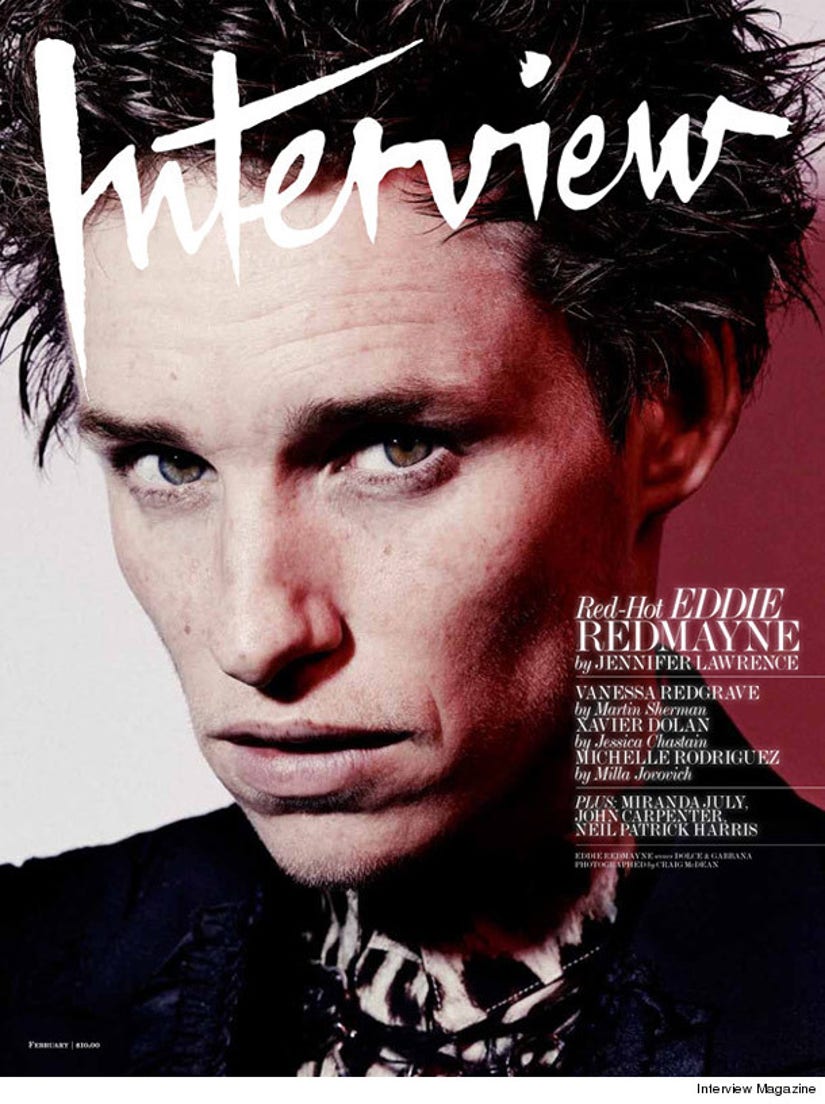 Brace yourselves for what might be one of the best interviews in the history of amazing interviews.

Eddie Redmayne covers the February 2015 issue of Interview magazine, where he fields questions from the one and only Jennifer Lawrence.

The whole thing is pretty amazing, but no part got us more excited than when the actor and "The Hunger Games" star seriously bond over their shared love of reality television.

The two were talking about Redmayne's role in "The Theory of Everything" when he revealed that he was a fan of a certain reality franchise.

"I come home from trying to pretend to know about astronomy and physics all day and turn on 'The Real Housewives.' I've been a closet lover of faux-reality TV since 'The Hills.' It's bad," he said.

J.Law, who's been very vocal about her reality television obsession too, understandably freaked out.

"I feel like I'm going to cry. We're making a breakthrough," she exclaimed.

She then proved she is the ultimate fan girl by talking to Redmayne about her visit to one of the housewives' West Hollywood restaurant.

"I went to Pump the other night to meet [owner and "Real Housewives of Beverly Hills" star] Lisa Vanderpump. I had her sign a bottle of vodka, and when she gave it to my friend who was with me at the Oscars, my friend said, 'Jennifer, this is so much better than the Oscars!' [laughs] We took so many pictures with her. We were like, [referring to season four of the show] 'Puerto Rico was a witch hunt. Brandi [Glanville] and Kyle [Richards] were so mean!'"

But their fun didn't stop there.

"I'm a bit vintage. I go back to "The Hills". Occasionally Audrina [Patridge] or Whitney [Port] will be on a website that I shouldn't be looking at, and I'm like, 'You know, I just want to check that they're doing all right, because it's my youth,' Redmayne admitted. "And the depressing thing is that it's not my youth. I was too old to be watching those programs when I was watching them."

Head on over to Interview's website to read more from their one-on-one!