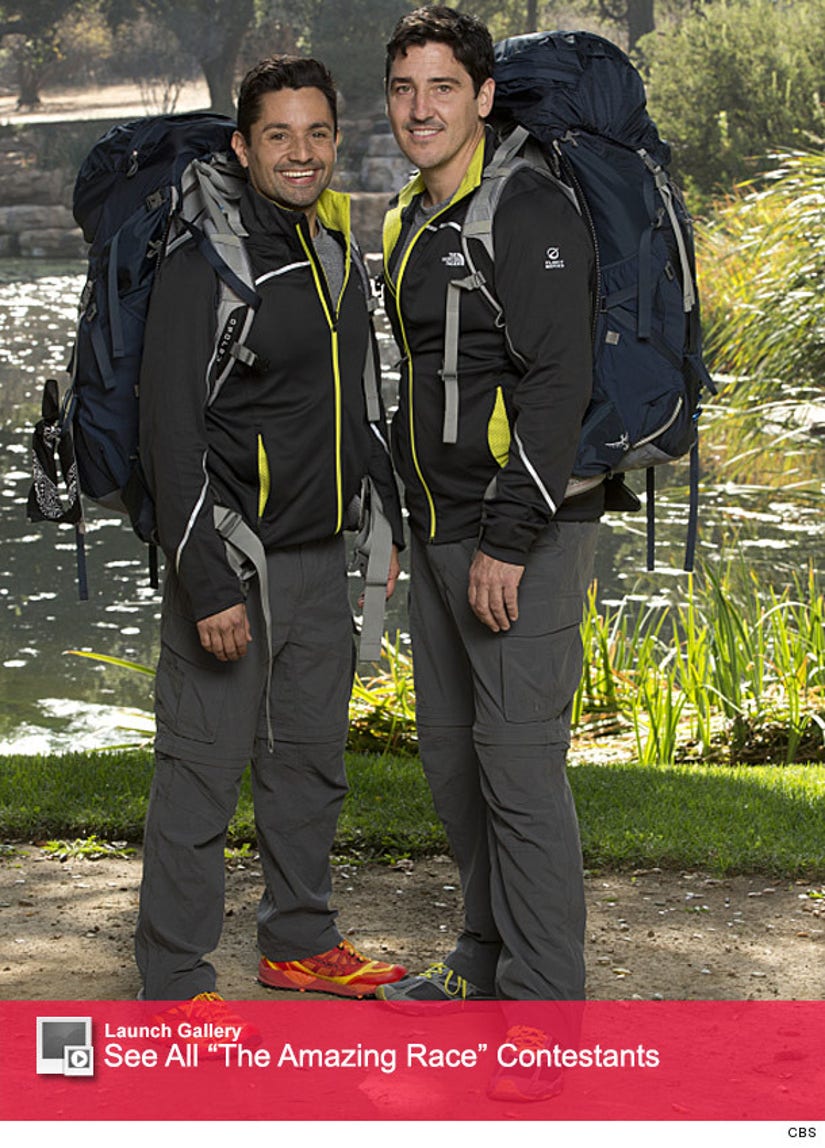 Does he have the right stuff to win "The Amazing Race"?

New Kids on the Block alum Jonathan Knight and boyfriend Harley Rodriguez have officially signed on to compete on the 26th season of the popular CBS reality series.

The singer and his beau make up one of 11 teams battling it out for $1 million.

There's a new twist this time around though, as 6 teams will be preexisting couples and the other 5 were randomly paired up for the "most extreme blind date ever." The 35,000 mile trek will span five continents and make stops in Japan, Bangkok, Namibia and Monaco.

Olympic medalists Aly Dudek (speed skating) and Steven Langton (bobsledding) will also compete against Jonathan and the rest of the contestants.

"This is probably going to be the most time that we've been together continually," Knight tells PEOPLE about working with his boyfriend on the show. "I don't know if I am looking forward to that much time together with him. It's going to be interesting."

We'll see how the duo does when the new season kicks off February 25. Check out the rest of the contestants in the gallery above!

Knight will also hit the road this summer with NKOTB, Nelly and TLC for the just-announced "Main Event" tour, which runs from May-October.