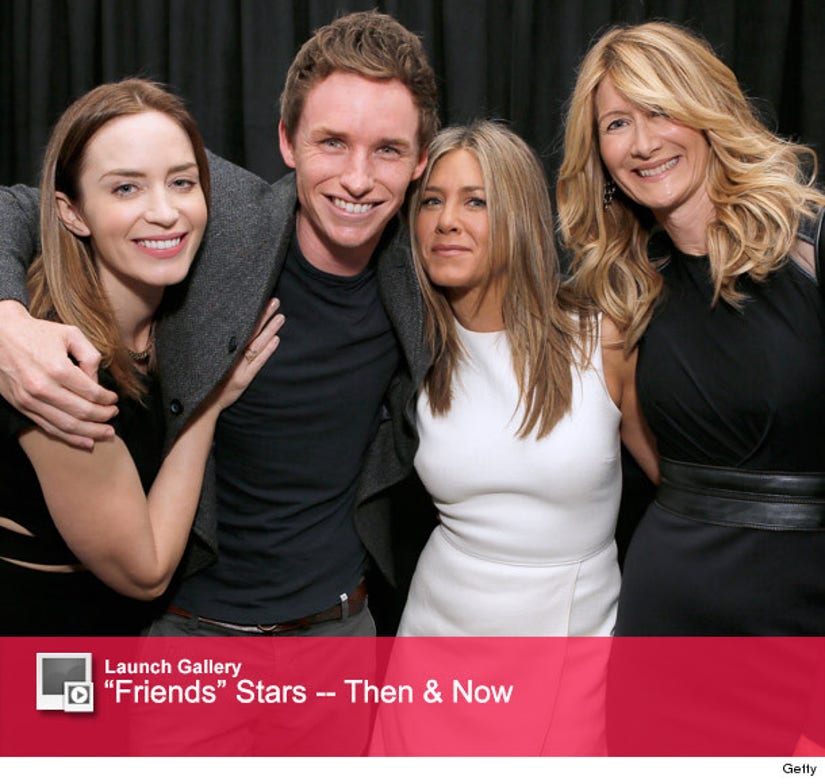 Watch out, Justin Theroux -- Eddie Redmayne might steal your girl!

The "Theory of Everything" star stopped by "Jimmy Kimmel Live" on Tuesday, where he revealed that he still gets starstruck and even "stalked" Jennifer Aniston.

"My wife and I love 'Friends,'" he explained. "We saw Jennifer Aniston at a party, and we were just incredibly inappropriate. We so wanted to meet her that we just sort of literally stalked about four meters behind her for an entire evening."

Check out the clip below to see if the "Cake" star was equally excited to meet Eddie and his wife, Hannah Bagshawe!

Not only does Redmayne admire Jen, but he also recalled the "pretty breathtaking" moment at the SAG Awards when Julia Roberts presented him his Best Actor award.

"My dad's favorite film is 'Pretty Woman,' so I think as a kid, at a pretty inappropriate age, I was watching Pretty Woman," he said. "So, this moment happens when your name gets read out and it's such an extraordinary euphoria and it's kind of white noise and it all kind of goes into a blur, and then suddenly, there I was sort of hugging Julia Roberts, and then I was meant to be articulate. All I could think of was, 'I want to tell my dad!'" 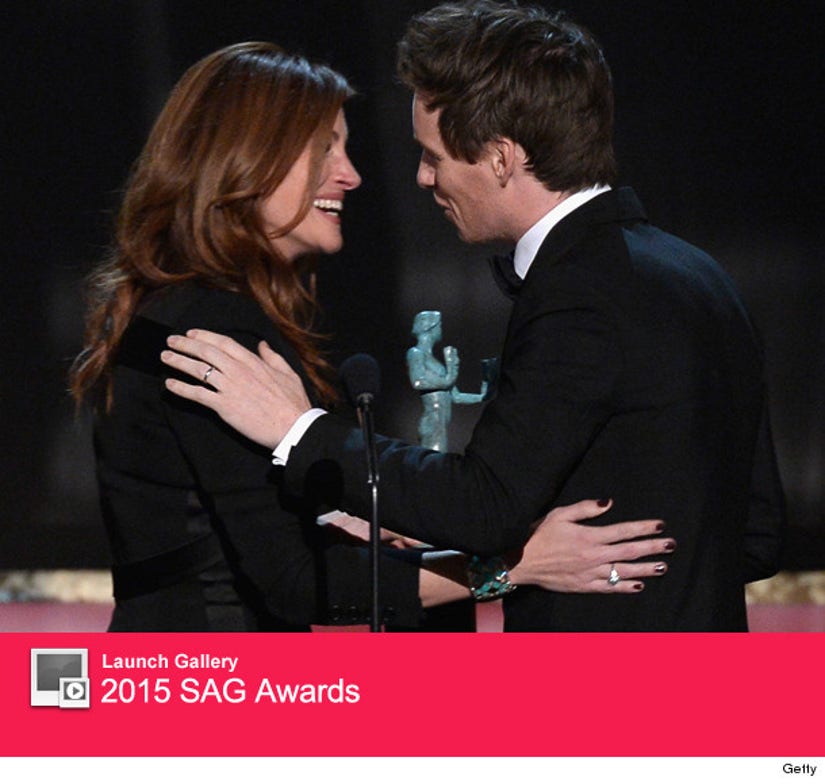 We don't blame Eddie for admiring these leading ladies -- what do you think of his story? Sound off below.