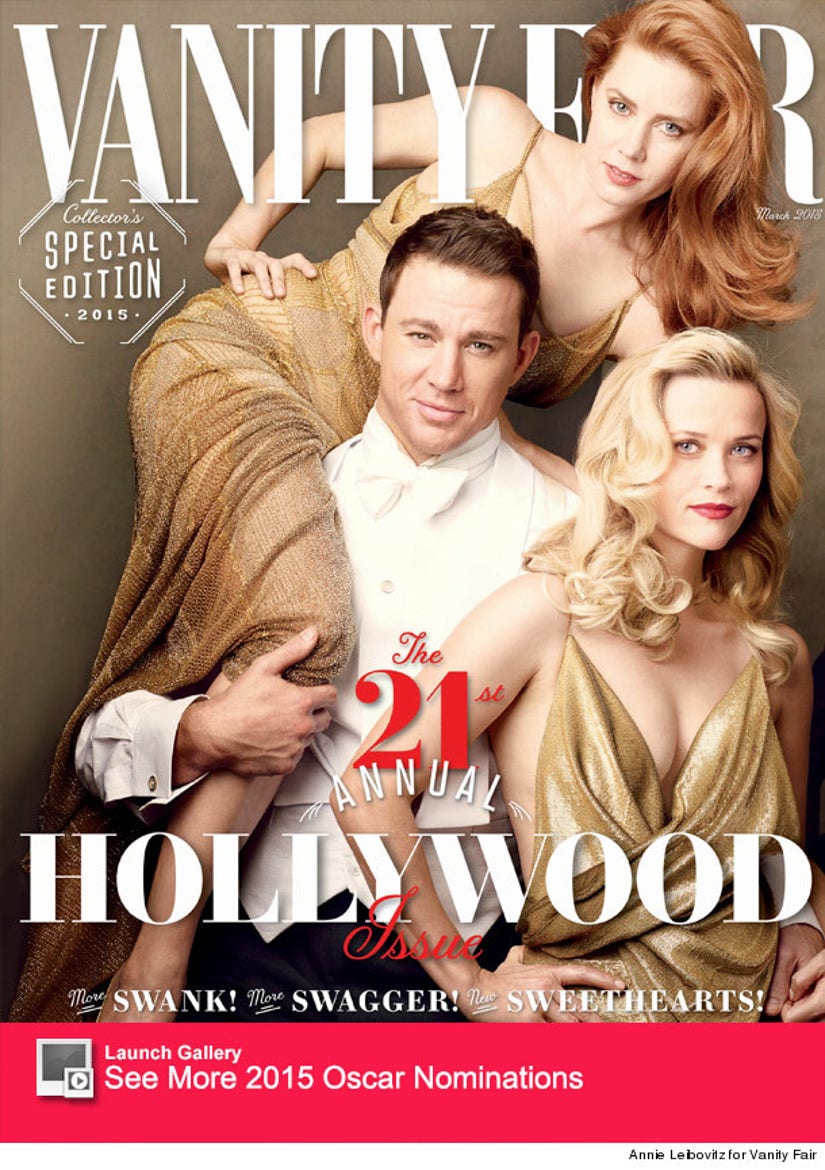 It's been a big year for some of Hollywood's most talented and whitest brightest actors.

Vanity Fair magazine is honoring the industry by giving us an intimate look at the years most celebrated stars on the cover of their 21st Annual Hollywood Issue.

The three-panel foldout cover features 10 actors who gave noteworthy performances over the past year ... and, once again, it's causing controversy.

For the main cover, Channing Tatum ("Foxcatcher") is snapped lifting Amy Adams ("Big Eyes") on his shoulder while he wraps his arm around Reese Witherspoon's ("Wild") waist. 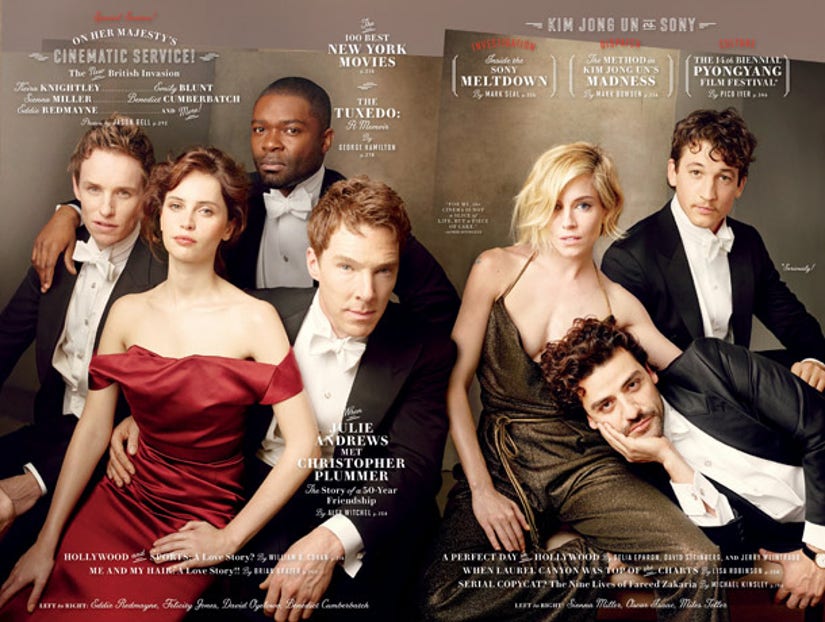 On the last panel Sienna Miller ("American Sniper") sits next to Miles Teller ("Whiplash") while actor Oscar Isaac ("A Most Violent Year") rests his head in her lap.

The magazine has come under fire in the past for under-representing people of color and relegating them to the second or third panels of the cover, an unfortunate tradition that continues here with only Oyelowo's inclusion.

Last year's issue was a welcome change ... but here we are again. The cover also reflects the disappointing trend in Oscar nominations this year, which were also criticized for their surprising lack of diversity.

Leibovitz, who shot the first Hollywood issue in 1995 and every year but three, explained the reasoning behind 2015's portrait ... but made no mention of why certain actors were (or were not) included.

"We made the picture in the same studio where we did the first Hollywood cover," she explained. "It looks fairly simple, but in fact it was difficult to shoot. We choreographed it over two days. Usually you shoot from fairly far away, but we wanted to get really close to the actors. We made an effort to create a feeling of intimacy. "

We're not the only ones who noticed this either ... as everyone from Jezebel to Bustle have chimed in.

What do you think of the cover?! Tell toofab in the comments section below.