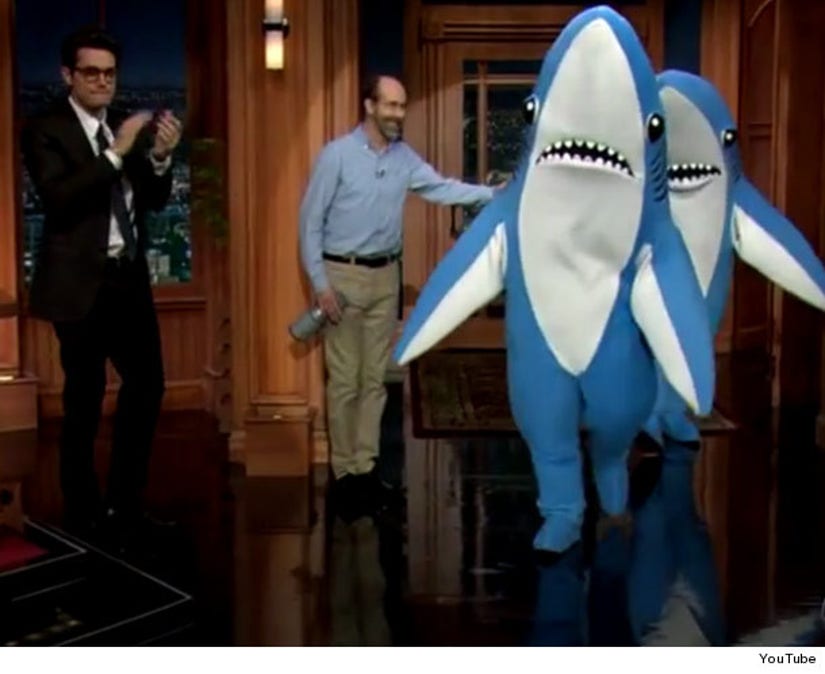 Did John Mayer just confirm he's back together with Katy Perry?!

The singer was the guest host on the "Late Late Show" on Wednesday, and while Perry was not on the show, her Super Bowl sharks were brought on with their "handler," Carl.

While John complimented the fish on their big performance, he couldn't convince them to show off their moves. "I'm sorry to disappoint everyone here tonight," Carl explained, "but these sharks don't dance for anything less than 100 grand."

The 37-year-old musician then welcomed his next guest, Andy Cohen, who talked to Mayer about the halftime show and his rumored rekindled romance.

"It was unbelievable," Mayer said of Perry's performance. "And I think the whole thing about the sharks, everybody wants to talk about the sharks because it's just something everyone can grab onto because not everyone feels comfortable walking around saying that Katy Perry was amazing." 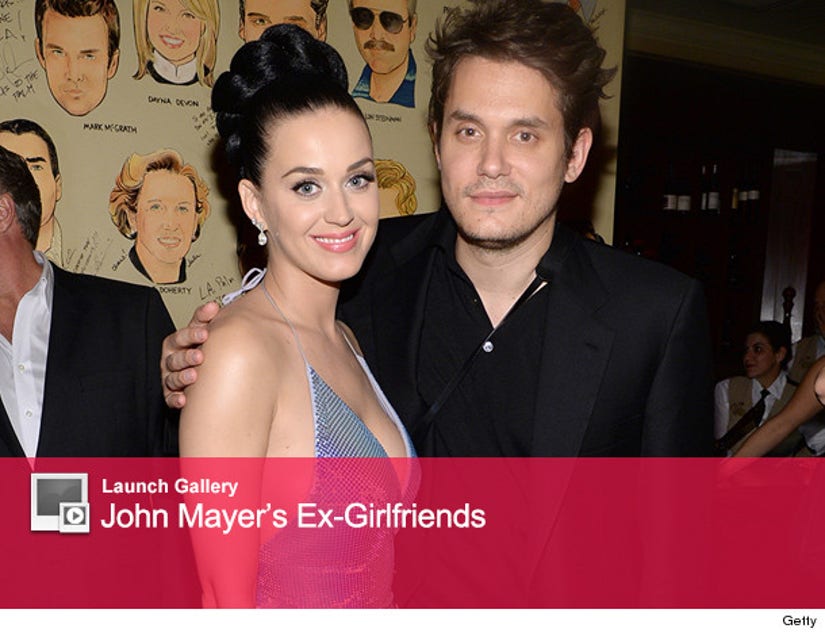 "She made the Internet a kind, gentle place for a day. It was awesome," he added.

"Mazel to you and your family, your girlfriend," the "Watch What Happens Live" host replied. Mayer responded perfectly, saying that Cohen's questions "make gossip stories."

Do you think John and Katy are back together? Sound off with your predictions below!