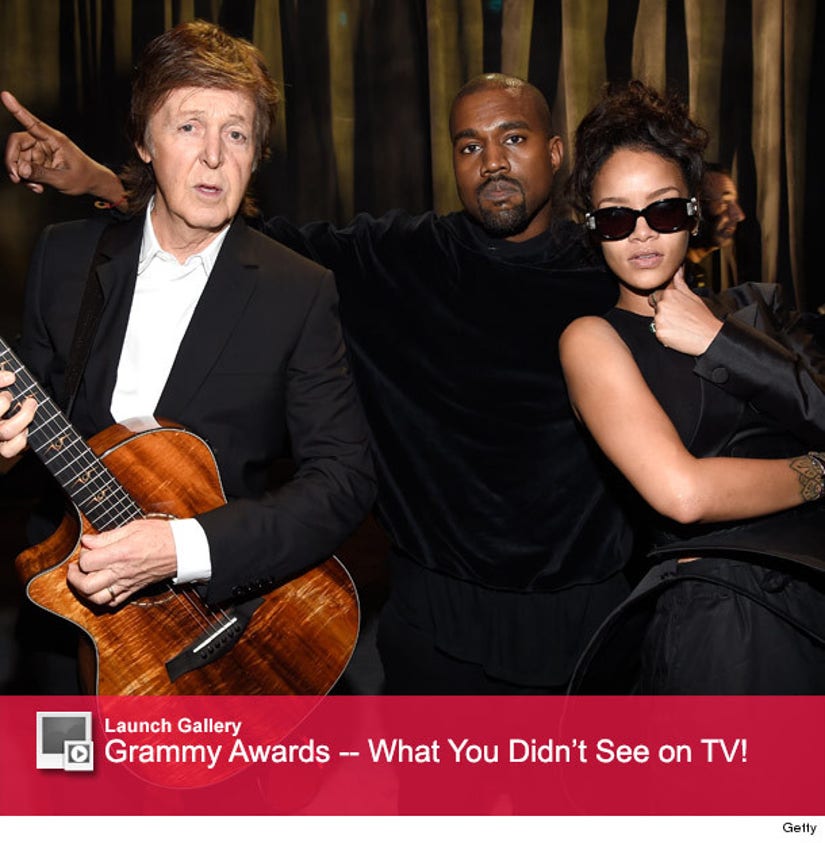 There weren't any wardrobe malfunctions or teleprompter snafus, but this year's Grammy Awards were still packed with some viral and can't-miss moments.

Some of them were hilarious, others brought the show to a (welcome) halt by making an important statement. Here are the moments everyone will be talking about, in the order they happened. 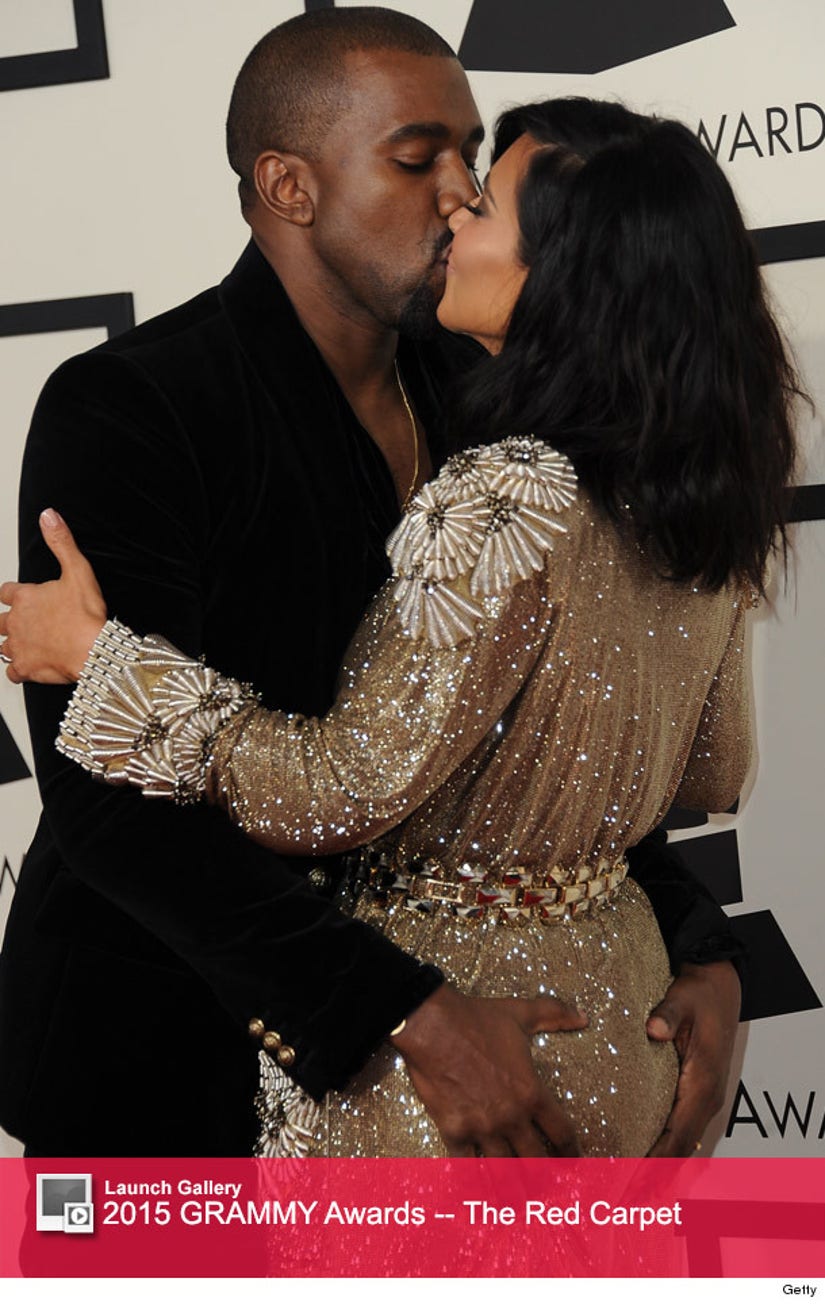 The first thing that had everyone talking was Kim Kardashian's red carpet appearance. The reality TV star showed up to the 57th annual event in what amounted to a gold bath robe.

It was a revealing look and one that Kim's hubby Kanye West couldn't get enough of. Yep, that's him grabbing a handful of her infamous booty in the pic above.

See more fashion hits and misses in the gallery -- there were some shockingly horrible looks!

Nobody loves attending an awards show more than Taylor Swift, who once again was dancing all over the place during the telecast Sunday night. But Pharrell's reaction to her sweet moves went viral.

Paul McCartney pulled a Taylor Swift, rocking out to Electric Light Orchestra's "Evil Woman" in the audience while the cameras caught it all. The expression on the Beatles' rocker's once he realized his personal jam session was being aired live on television is priceless.

4.) Annie Lennox SHUTS IT DOWN

The Eurythmics superstar may have been performing with Hozier, but she was the one who brought everybody to church. Lennox got "Hocus Pocus" trending after their performance of "I Put a Spell on You."

Madonna went so over-the-top with her still-entertaining performance (which you can see here), but all Lennox needed to stand out was her powerhouse voice!

Domestic abuse survivor Brooke Axtell took the stage before Katy Perry's performance of "By the Grace of God" to deliver a powerful spoken-word piece. It was an emotional moment that clearly had an effect over the audience.

Chris Brown quickly started trending after she spoke, as the R&B singer was in the audience as a nominee this year.

6.) Kanye West Makes Fun of Himself for Once

UPDATE: Kanye now says he wasn't joking. Guess he's not so funny, is he?

In one of the best moments of the night, Kanye West once again rushed the stage after another artist beat Beyonce. Referencing his most infamous VMA moment with Taylor Swift, Kanye ran up the stairs when Beck won Album of the Year -- leaving many to wonder if he'd do another "I'ma let you finish" outbreak.

Instead, he ran ran off without saying anything at all, but everyone got the joke. Who knew Kanye could be funny?!

Kristen Wiig made a surprise appearance during Sia's performance of "Chandelier," joining Maddie Ziegler on stage in a leotard and blonde wig. It was bizarre, but also all kinds of amazing.

Want more Grammy goodness? Check out all the best fashion moments from the red carpet below: