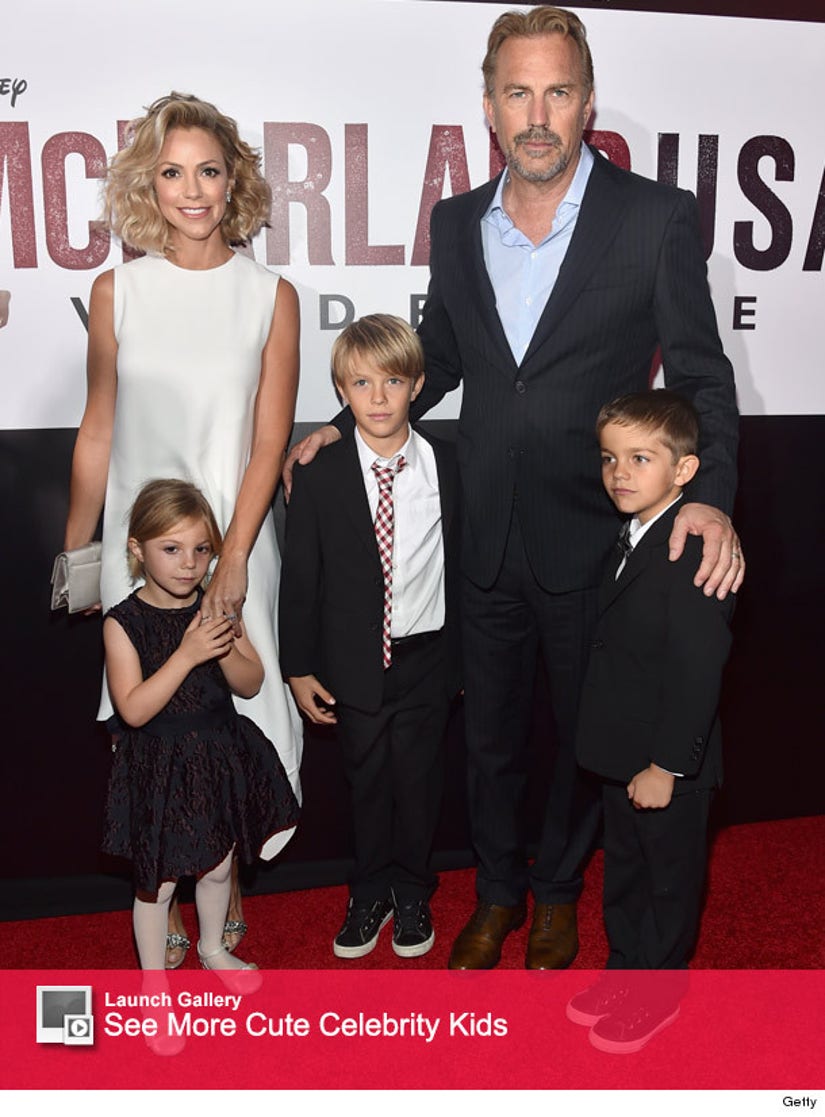 Kevin Costner has one adorable family!

The 60-year-old actor walked the red carpet with his brood at the Los Angeles premiere of "McFarland, USA" on Monday night.

In an interview with Huffington Post last year, he opened up about how being a father in his 50s is different from being a new father in his 30s.

"I'm happy to not have to look back and go, 'You know, I didn't do it right the first time,'" he admitted. "That would be a disaster for me to go, 'I was so busy doing my career, doing my things that gosh, this second time I really have so much time and I really got to see what it's about.' I didn't. I had reverse of that. I felt really like I didn't miss a thing with my first three."

"I have to be honest, I have a pretty good grasp on my life, and I feel lucky to be their father," he added. "I feel that Hayes, who's in the middle of these latest three and sometimes the middle kid, gets talked to second, or gets talked to in the middle. It's not a myth that they wonder how they fit on some level and I'm really conscious of that."

Kevin sounds like he's loving life with his cute clan!

Check out more celebrity kids in the gallery above.