February 17th marks the 20th anniversary of the still-hilarious film adaptation starring Shelley Long, Christine Taylor and even featured a cameo from RuPaul as a guidance counselor. The flick transported the series' vintage clothes, throwback songs and feel-good attitude to the '90s, where the Bradys often clashed with the modern world.

To celebrate the anniversary, we tracked down little Cindy Brady herself, actress Olivia Hack.

Now 31, Hack considers the flick a perfect "time capsule" of her life at the time.

"I feel so old, I can't believe it's been 20 years," Olivia tells toofab's Brian Particelli. "It's a trip to watch it back, we had a really good time! I don't sit back and watch [the movie and its sequel] all the time, but when they're on TV, you remember a certain day that you shot this. It's forever, it's awesome."

While she remembers her first day on set and first time wearing her character's '70s costumes and blonde pigtail wig, there was one thing she couldn't even remember at the time: Her choreography.

"I'm not very coordinated. If you rematch that [finale] scene, there's some editing going on. I'm always just a little bit out of frame, there's half of me," she says of the big "Keep on Movin'" number at the end of the film. "That costume is in my mom's closet, along with the wig!" 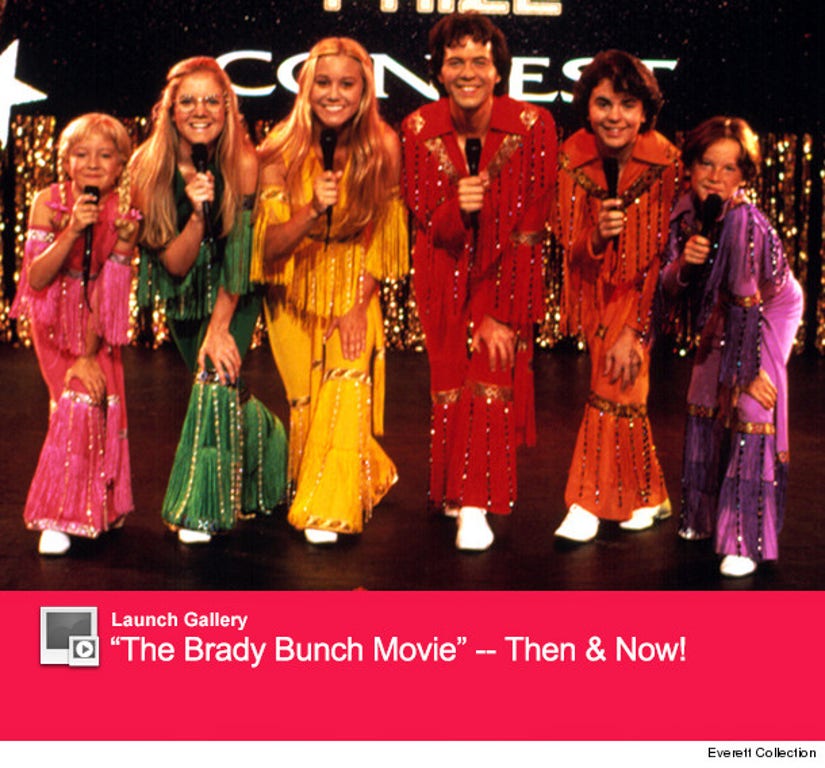 Hack recently reunited with some of her costars at a Brady convention in 2014 -- and while Jesse Lee Soffer (who played Bobby) was MIA, she's been keeping up with his work on "Chicago P.D."

"He's so hot. Jesse you're so hot! It's amazing, right?," she says (and we agree!). "He did soaps before that, he was just like this little freckle-faced kid, it blows my mind."

These days, Hack has moved behind the scenes, doing voice work on everything from "Star Wars: The Clone Wars," an upcoming "Care Bears" series on Netflix and "Hey Arnold" ... which could be coming back sometime soon!

"That show is getting crazy popular all over again. Netflix gives things such a life," she says, before teasing a potential return. "That's been in talks, so we'll see. I know that Craig Bartlett, who created it, really wants to do it. Nickelodean really wants to do it. Fingers crossed, so I think sometime in the future, that's likely."