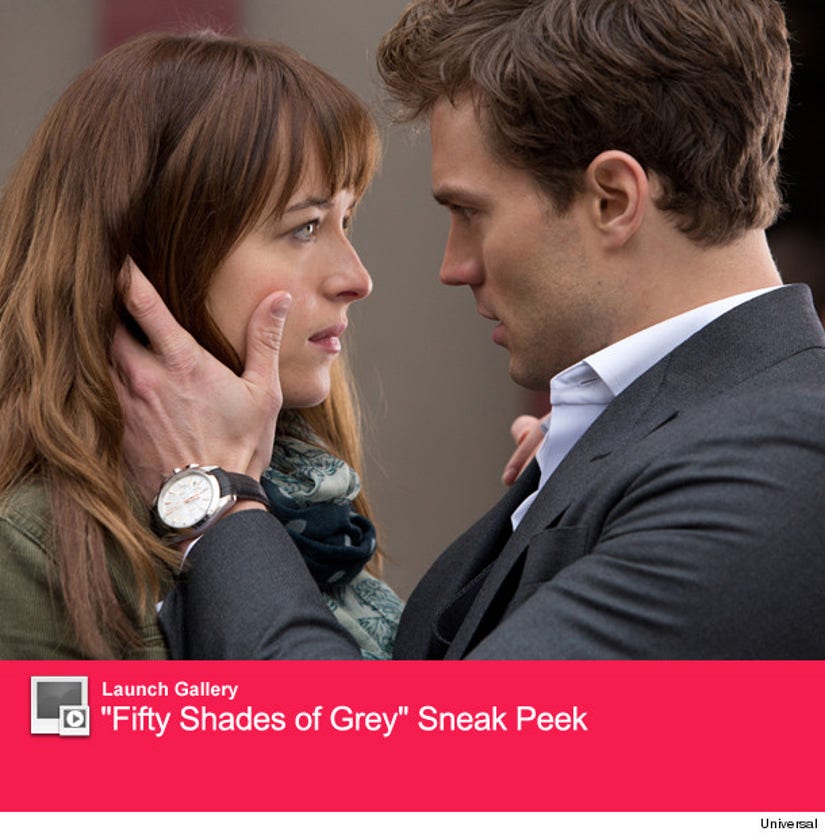 Dakota Johnson wanted to keep a memento from the "Fifty Shades of Grey" set ... and what she picked to take home might surprise you!

"I stole lots of the underwear," the actress revealed during a Twitter Q&A with Glamour UK. "They were comfortable."

Another item she snagged from the film's sexy set? "I do have a flogger in my house," she added. "It's in the garage with dust."

The 25-year-old star, who graces the cover of the mag's March 2015 issue with costar Jamie Dornan, also revealed the hardest scene to shoot.

"The interview scene at the beginning - very technical," she declared. Meanwhile, her favorite moment from the movie was "the negotiation scene."

There's one key thing she'd change about Christian Grey's personality ... and, no, it wasn't his affinity for the red room. She would give him a much-needed sense of "humor."

Check out Dakota's full Q&A interview here, and click "Launch Gallery" above to see some steamy shots from the set of "Fifty Shades!"