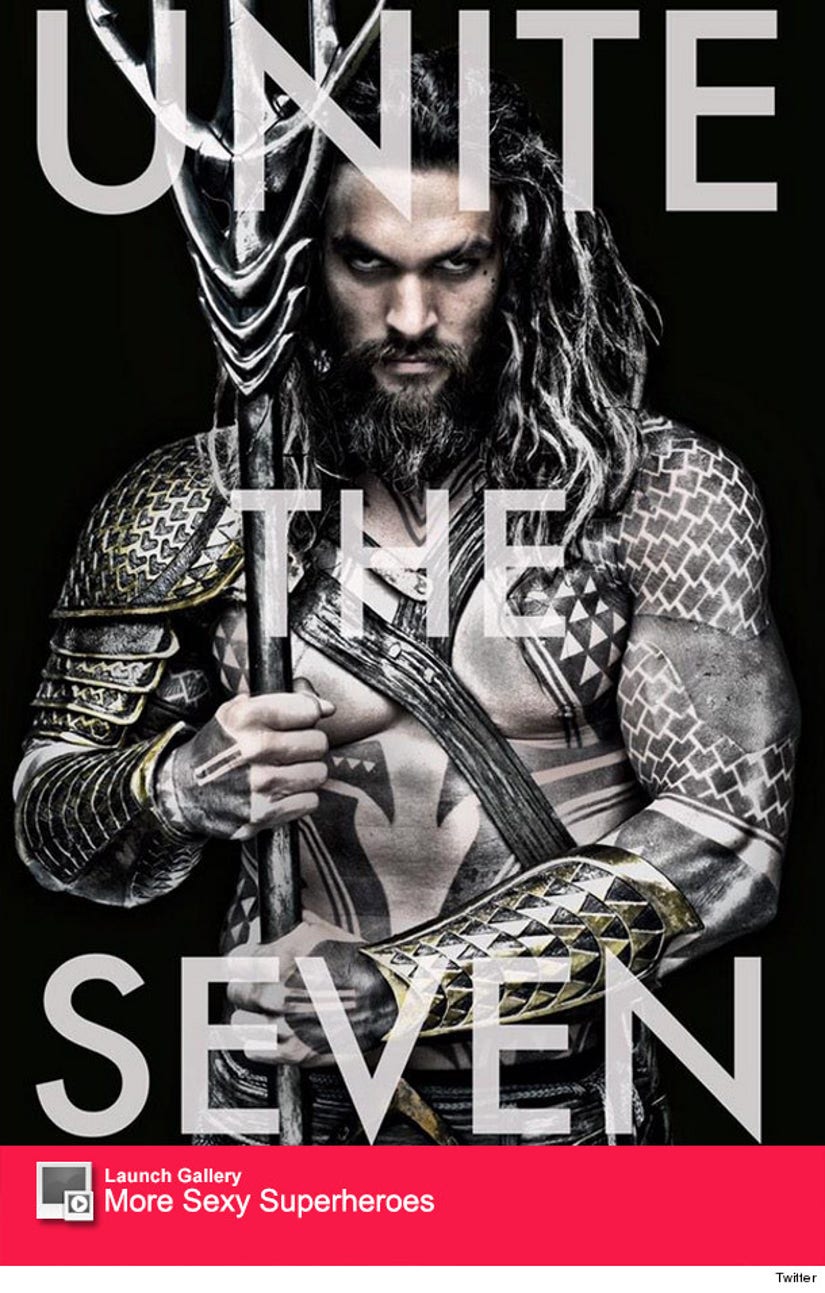 The King of the Seven Seas has a new look -- and we're absolutely loving it.

"Batman v. Superman: Dawn of Justice" director revealed the first photo of Jason Momoa's Aquaman costume earlier today. Long gone are the orange top, green tights and long blonde locks the character is known for, as the "Game of Thrones" star sports scale-inspired armor, a ton of tattoos and a new trident.

The costume was designed by longtime Snyder collaborator Michael Wilkinson, who also designed looks for "Watchmen," "Sucker Punch" and "Man of Steel."

"It has been a thrill and an honor to bring this iconic character to life for a modern audience," Wilkinson tells toofab of his Aquaman design.

"Zack Snyder has a brilliant vision for making this character powerful and relevant," he continues. "I enjoyed designing a costume that reflects this vision and honors the character's rich legacy."

With Synder's color palette, Momoa's makeover matches the new looks for Wonder Woman, Superman and Batman ... all of which Wilkinson also designed.

While it's not 100% confirmed that Moma will appear in "Batman v. Superman," it's pretty likely he will be, considering he's already in costume. He'll also appear in the November 2017 "Justice League" film and a solo "Aquaman" film slated for July 2018.