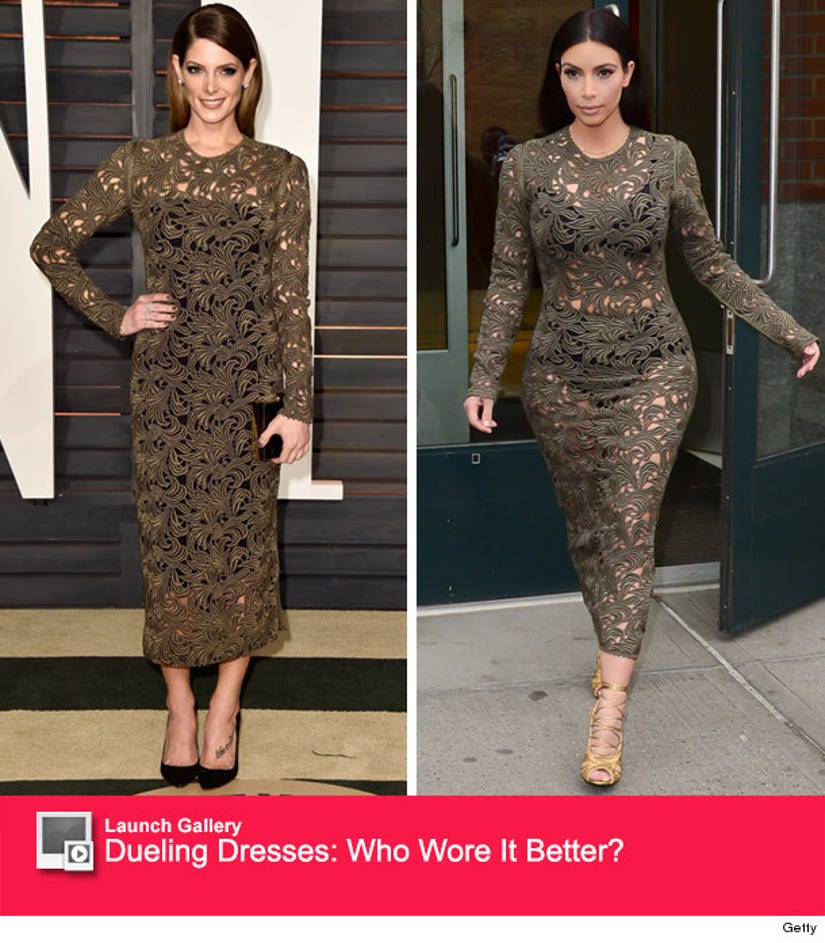 A "Twilight" beauty and a reality star queen are going head to head over one sexy peekaboo dress!

Ashley Greene stepped out for the Vanity Fair Oscar after-party wearing the Rachel Roy stunner on Sunday in Beverly Hills. The actress gave the dress a lady-like touch, opting for a black slip underneath the ensemble. She wore her hair parted on the side, and accessorized with a simple black clutch and pointy toe pumps.

But Kim Kardashian was the first to sport the statement piece almost a year before the 28-year-old wore the style.

Mrs. Kanye West flaunted the dress out in New York City in March 2014. She went with a sexier look, wearing a black bra and high-waisted underwear. She finished off with slicked back hair and gold Tom Ford pumps.

Although Kim looks great in the dress, we're giving this round to Ashley, who makes the look more wearable for the general population.

Who do you think looked the best in the sheer number? Tell toofab in the comments section below then click "Launch Gallery" to vote for more dueling looks!