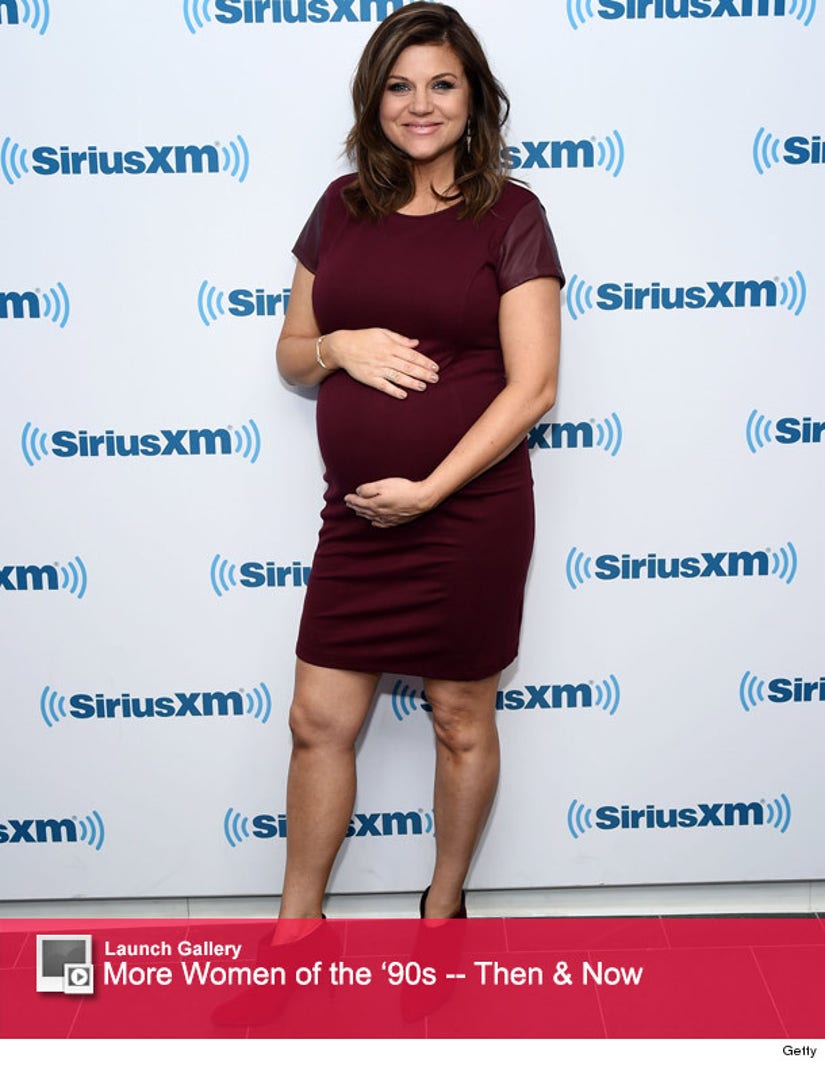 Is it just us or did Tiffani Thiessen's bump grow overnight?

The former "Saved by The Bell" star visited SiriusXM Studios in New York City today to promote her upcoming cooking show, "Dinner at Tiffani's." The 41-year-old actress proudly put her growing belly on display in a form-fitting oxblood mini with leather sleeves -- and looked adorable doing it.

The actress recently had the most epic reunion ever on "The Tonight Show with Jimmy Fallon," where the entire "Saved by the Bell" cast reprised their famous roles for one night only. At the end of the amazing sketch, Kelly Kapowski revealed she was pregnant too!

Thiessen will reunite with costars Mario Lopez and Elizabeth Berkely again on her new series, which finds the avid cook planning family meals and sharing party tips with her fans. Jason Priestley, Seth Green, Lance Bass and more are all expected to stop by as well.

"Dinner at Tiffani's" premieres Wednesday night on the Cooking Channel.