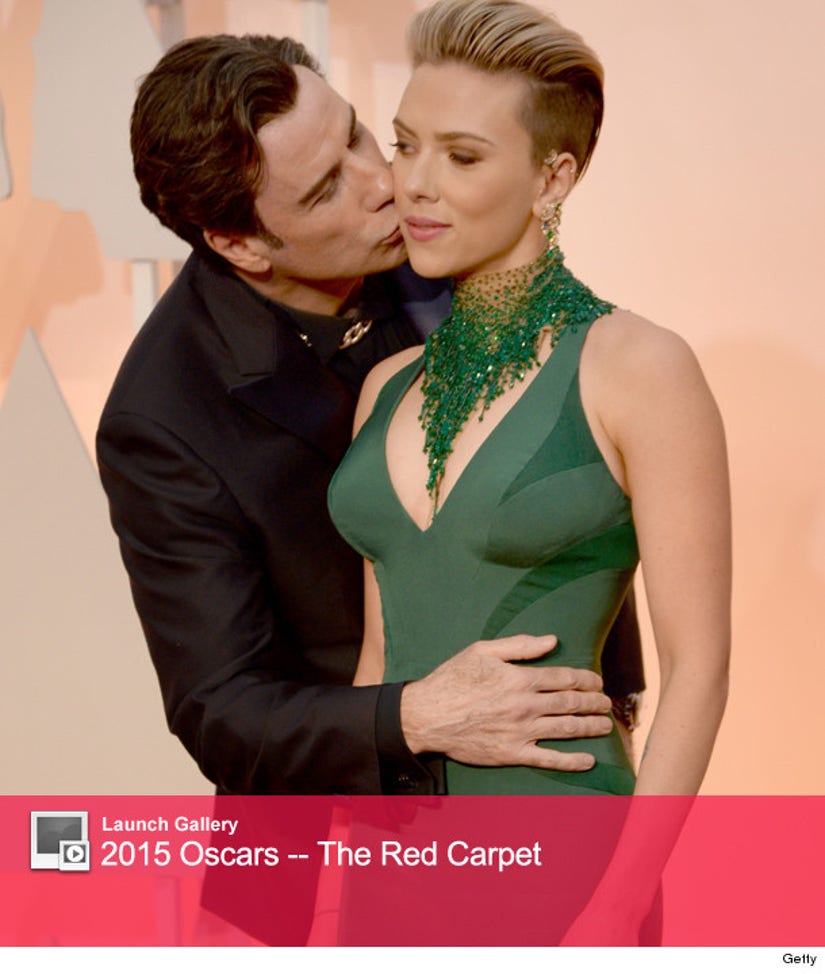 NEW YORK (AP) -- Scarlett Johansson is defending John Travolta and calls the image of him kissing her on the Academy Awards red carpet "an unfortunate still-frame from a live-action encounter that was totally sweet and totally welcome."

In an exclusive statement to The Associated Press on Thursday, Johansson said: "There is nothing at all strange, creepy or inappropriate about John Travolta." She called her former co-star of the film "A Love Song for Bobby Long" a "class act."

Travolta greeted Johansson at Sunday's Oscars with a kiss and his arm around her waist. The photo has since been turned into an Internet meme.

But Johannson said the image doesn't reflect the moment, calling it "yet another way we are misguided, misinformed and sensationalized by the 24-hour news cycle."