With Chris Hemsworth hosting "Saturday Night Live," we're in for a real treat!

The "Thor" star is set to host the late night comedy show on Saturday and he gave fans a taste of what to expect in a promotional trailer featuring "SNL" cast member Kate McKinnon.

In the promo, the hot actor pokes fun at his famous superhero character, brother Liam Hemsworth and even puts McKinnon in a choke hold!

The funny lady asks the hunky Australian to recreate the iconic "Dirty Dancing" lift with her ... but the actor ends up fumbling the move because he's never even seen the 80's flick!

"Chris there's something I've always wanted to do and you're the perfect host," McKinnon tells Chris. "I want to attempt the 'Dirty Dancing' lift."

Kate attempts the move and that's when his bulging biceps end up locked around her neck. "You've never seen Dirty Dancing, have you?" she asks. 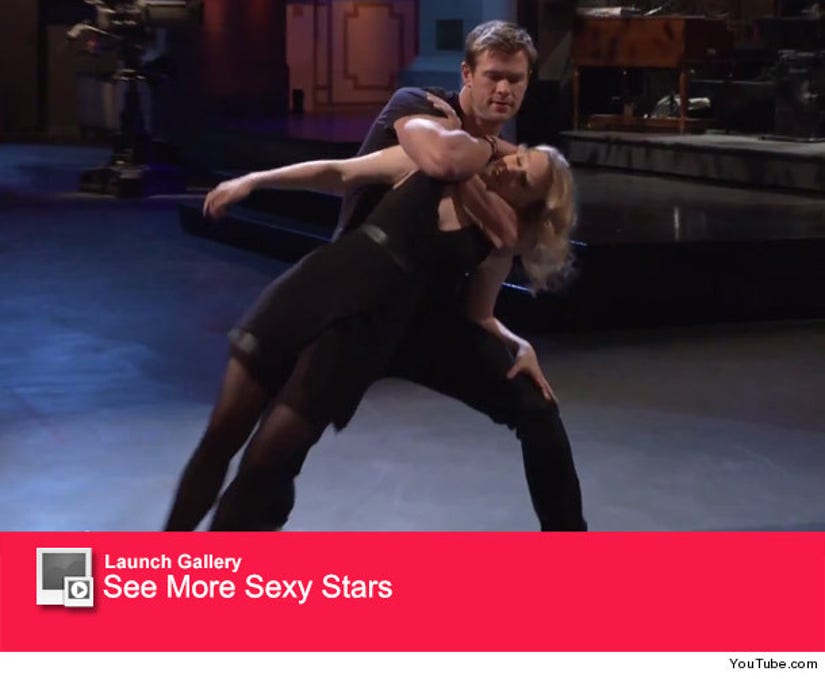 Of course the promo wouldn't be complete without the dad-of-three showing off the muscles that made him famous. "Think about every time someone told you Liam was the hot one, not Chris!" McKinnon yells to pump Chris up.

The actor will be the first Australian to host the sketch show since Hugh Jackman took the stage over a decade ago.

Watch the promo above to see what else Chris has in store!

Be sure to catch the actors hosting debut with musical guest Zac Brown Band on Saturday March 7, on NBC!