UPDATE: Vogue just shared the video above from backstage at the Valentino show -- see what happens when Derek and Hansel come face to face with Anna Wintour! 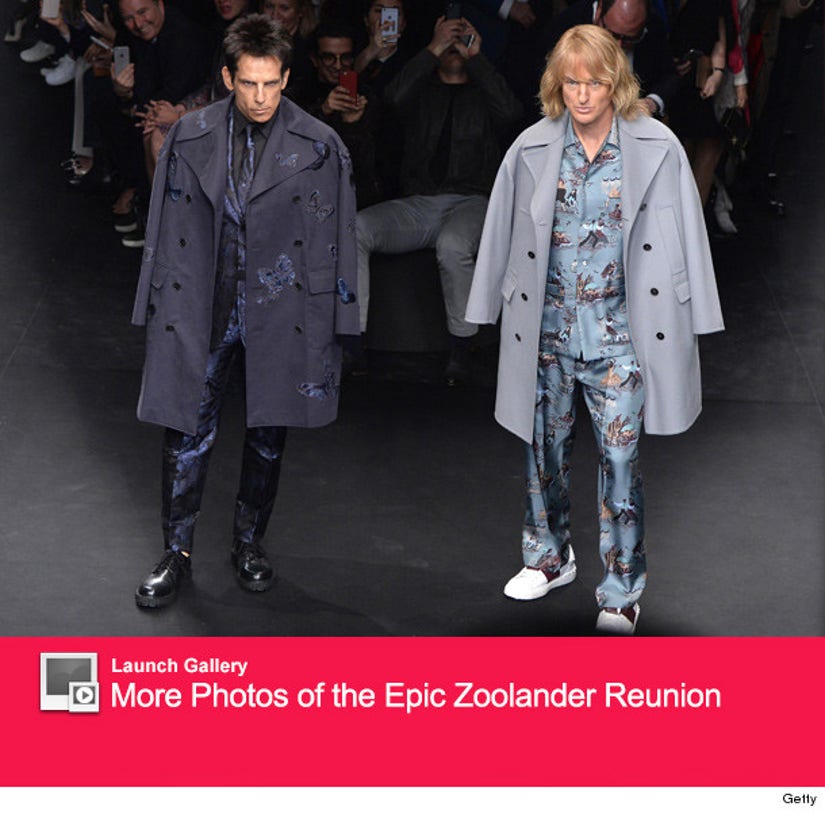 Ben Stiller and Owen Wilson reprised their roles as Derek Zoolander and Hansel from the 2001 film "Zoolander" on Tuesday ... walking the runway at Valentino's show for Paris Fashion Week.

49-year-old Stiller worked the catwalk in a navy trench coat and matching suit while Wilson slayed in gray. The two started their struts by giving the other a fierce look, before walking to '80s hit "Don't You Want Me” by The Human League.

Check out a video from fashion blogger Chiara Ferragni below:

The stunt was done to announce Paramount's upcoming sequel to the cult classic, while will hit theaters February 12, 2016.

Will Ferrell is expected to return as the villainous Mugatu, while Penelope Cruz was also added to cast.

Who else is excited? Sound off below!