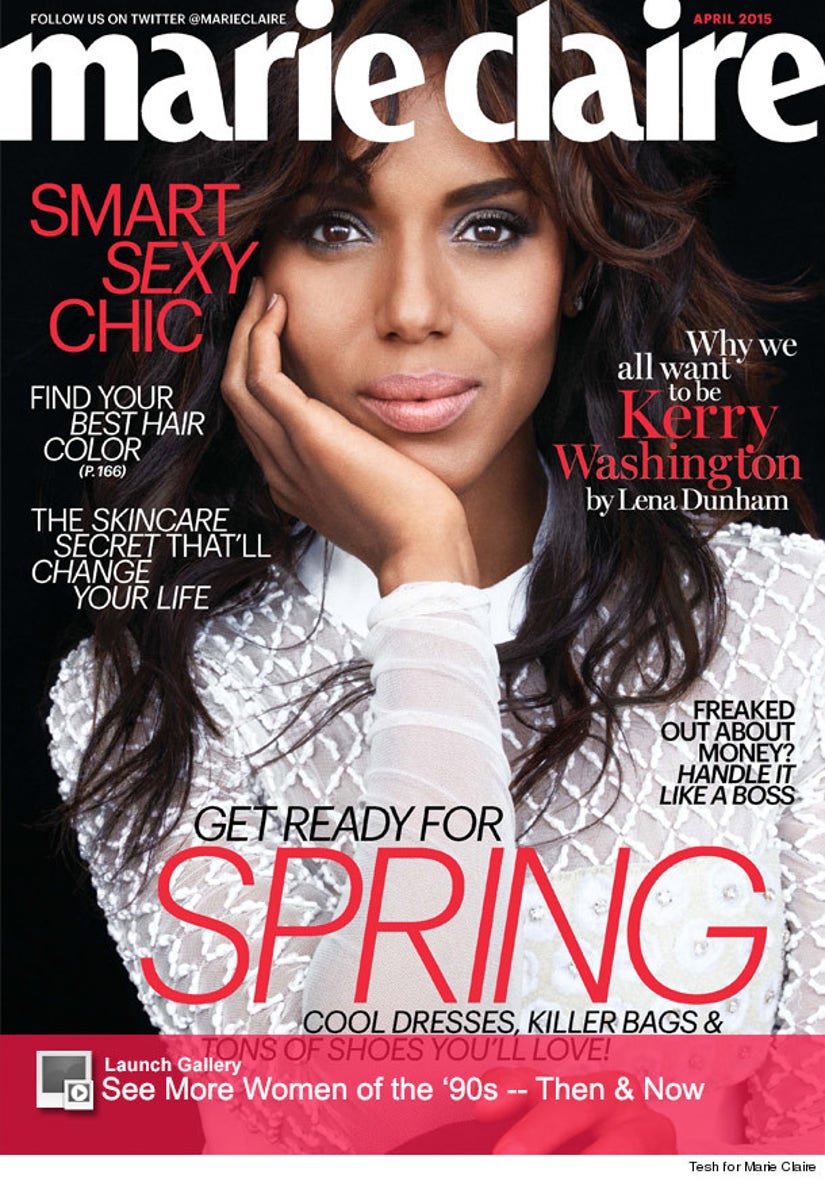 Kerry Washington is the woman to watch!

The "Scandal" star gets candid in the April issue of Marie Claire, ﻿sitting down for an interview with "Girls" creator, Lena Dunham.

As Lena introduces the actress, she gushes over Kerry's wisdom, class and confidence. Surprisingly, "Olivia Pope" reveals that there was a time where she felt anything but beautiful!

"I didn't grow up thinking I was pretty; there was always a prettier girl than me," she says. "So I learned to be smart and tried to be funny and develop the inside of me, because I felt like that's what I had."

Washington also used to be an open book when it came to her personal life. As she's gotten older, she has perfected the art of keeping her private life out of the public eye.

"Earlier in my career I was much more super-sharey," she explains. "There were moments when I wanted to process things that were happening to me more privately, and I didn't have the space to do it, because once you let people in, they're in and you don't get to say, 'Oh, I want this for myself.'" 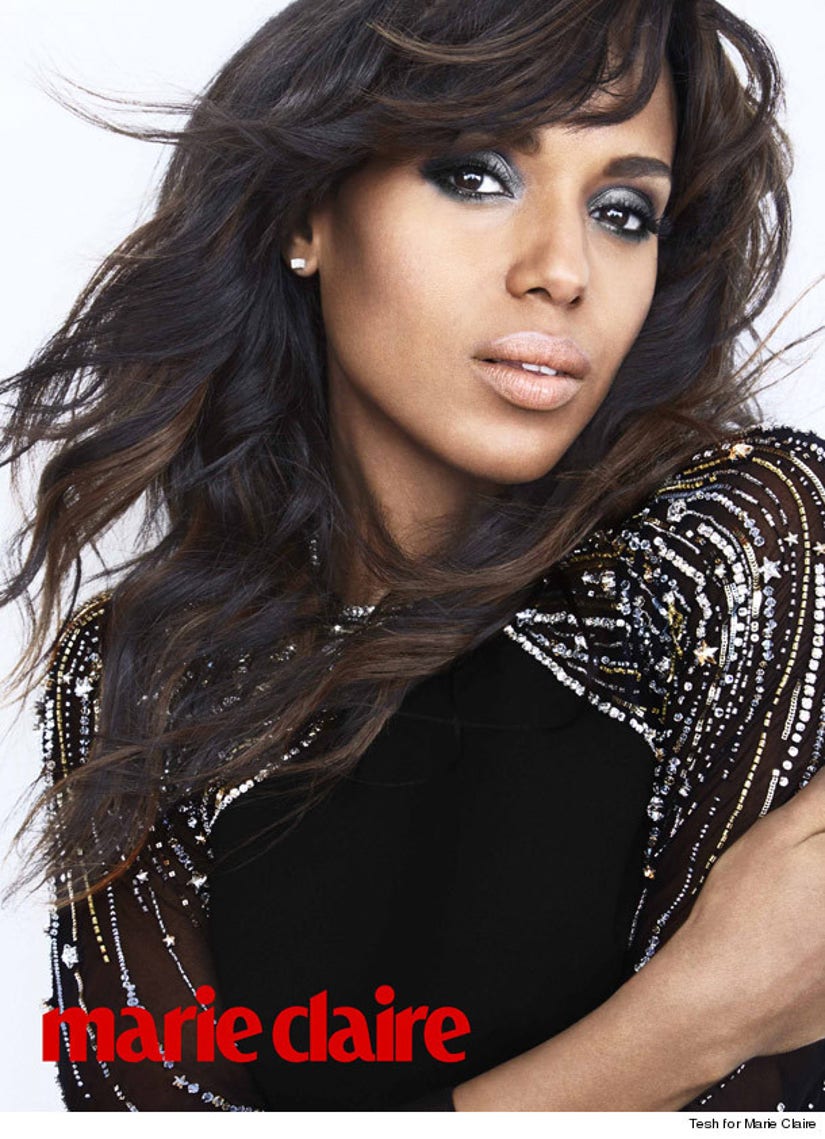 One thing that she stays mum about is her marriage to husband Nnamdi Asomugha and their daughter, Isabelle Amarachi, who they welcomed last April.

She opens up to Lena about the important lesson she wants her little girl to learn, saying, "I just want [Isabelle] to know that she's heard. Really heard, because I feel like that is what we all really want."

"When I think about any of the missteps in my life that I've made, all of which I'm grateful for, it's because I just so wanted to be truly seen and heard for who I am and was afraid I wasn't or wouldn't be," she adds. "I see you, I hear you, I'm with you as you are."

Aside from being a mom, Kerry is also known for being quite the fashionista, just like her character on her hit ABC show.

The stylish star admits that her unique fashion sense didn't come until later in life. "I just put myself in a boot camp of figuring it out—and realized that I really loved it," she reveals. "I guess because I came to it later in life, I realized, 'Oh, going to a fashion show is like going to the opening of Degas at the Met or going to see 'Swan Lake.'"

What do you think of Kerry's candid comments? Tell toofab in the comment section below, and click "Launch Gallery" above to see more ladies of the 90's!