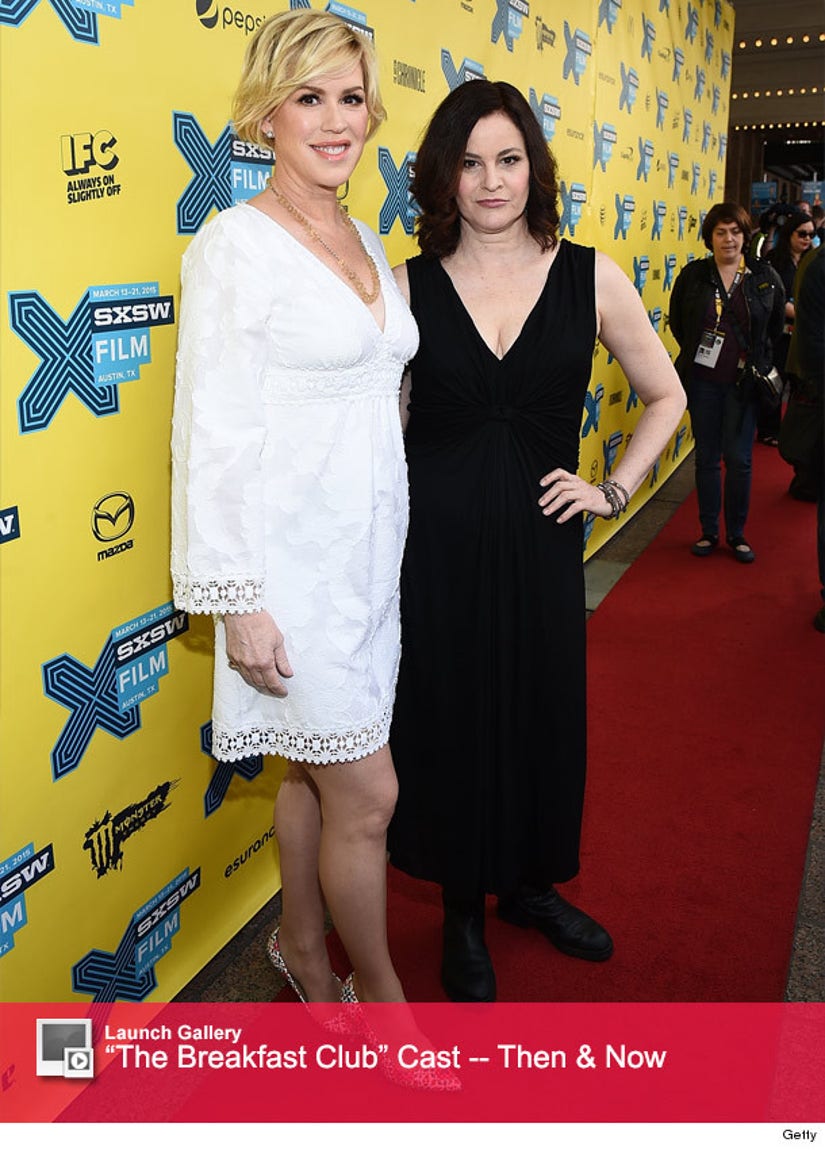 The high school "Princess" and the "Basket Case" are together again!

The veteran actresses posed for pictures together on the red carpet before heading into the special screening of the cult classic and stayed for a brief Q&A to celebrate the flick's 30th anniversary.

Molly, 47, looked gorgeous wearing a white lace dress with gold accessories, styling her blonde locks in a cute bob and sported natural makeup. Ally, 52, opted for low-cut black maxi dress, which she paired with a smokey eye and loose waves. 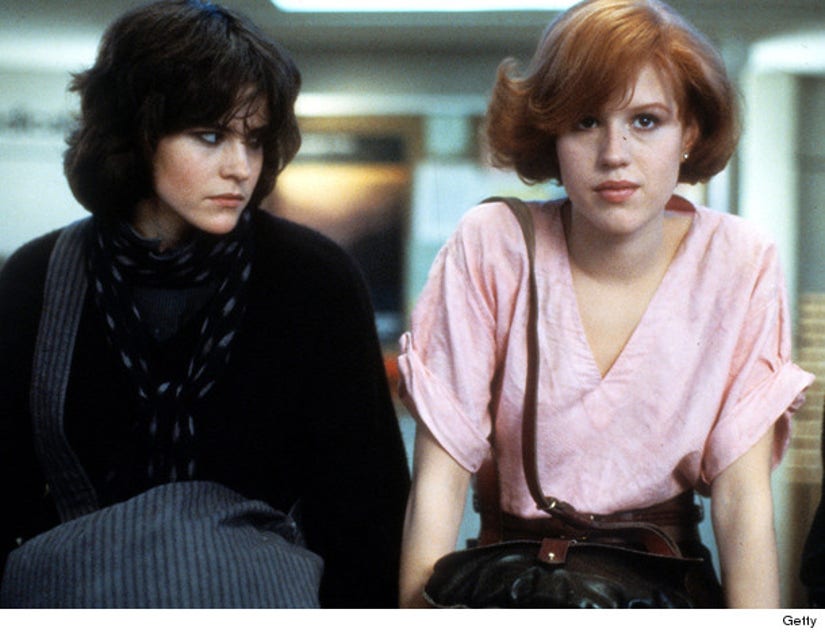 Decades have passed since "a brain, an athlete, a basket case, a princess and a criminal" met up in detention and made movie history in 1985.

Ringwald recently talked about her memorable role during an interview on "TODAY."

While the movie follows the lives of high school teens, several cast members were much older than their characters. "Anthony Michael Hall and I were the only ones who were actually the age we were playing," she recalled. "I think I was 16, he was not much younger, and the other 'kids' were in their 20s."

Check out the clip above to find out what she wished she had taken from the set!

"The Breakfast Club" will also be playing across the country on Thursday (March 26) and Tuesday (March 31) to commemorate the major milestone.

You can pick up the new anniversary edition of the flick (available now), on Blu-Ray and DVD, which is chock-full of bonus interviews from the cast. Molly, Ally, Judd Nelson ("The Criminal), Emilio Estevez ("The Athlete") and Anthony Michael Hall ("The Brain") each share new memories from the movie in the fun featurette.

How do you think Molly and Ally look? Tell toofab in the comment section below and click "Launch Gallery" above to see the rest of the cast, then and now!