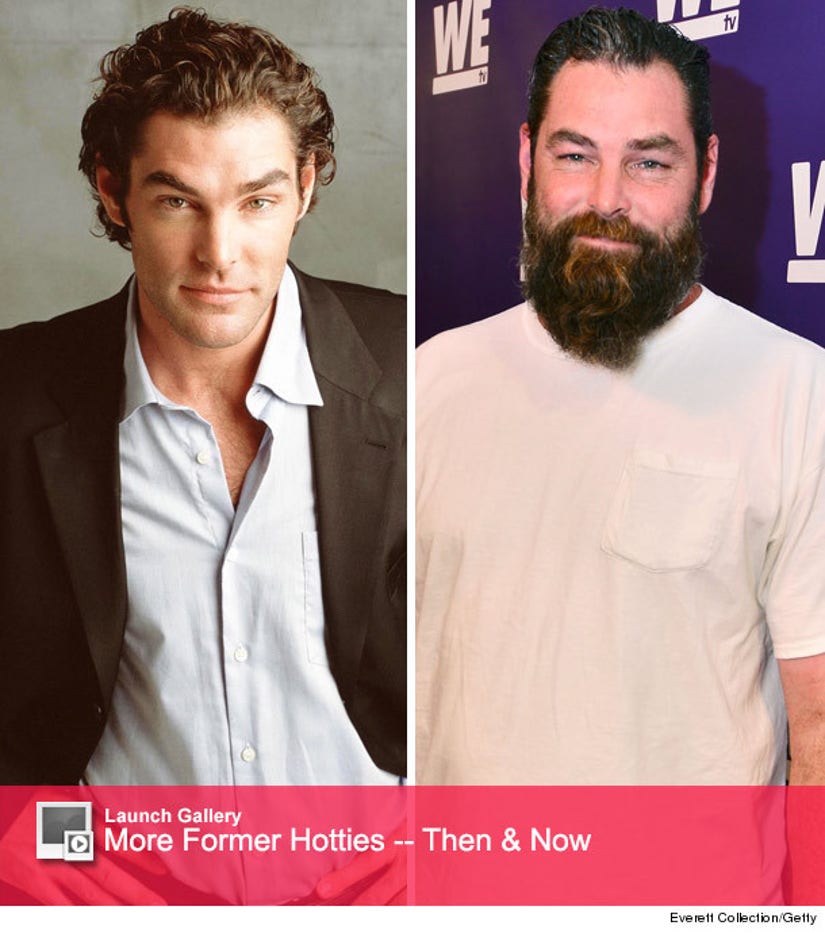 He starred on one of the most trashy (and totally addicting) reality TV shows of all time ... but then Evan Marriott vanished.

The former construction worker was selected for the 2003 Fox reality show "Joe Millionaire," where he tricked 20 women into thinking he was actually loaded. If the final woman decided to still stay with him after he revealed his lack of fortune, the couple would be surprised with $1 million.

FYI: Zora Andrich was the "lucky" lady. She stuck with Marriott and they split the money ... before splitting from each other.

He all but vanished after the pop culture phenomenon ended though ... until now!

Marriott, now 40, stepped out to WE tv's "Evolution of Relationship Reality Shows" event at the Paley Center on Thursday night, looking very different than he used to. Sporting a grizzly beard, white t-shirt, blue jeans and much shorter locks, he was almost unrecognizable!

During the panel (via Us Weekly), he revealed that he's a contractor now.

"I went back to work. I'm a contractor," he told Us and other attendees during the panel Q&A. "I was saying backstage that after the show, you don't know what to do, where to go with your life. Some friends got together, had a little intervention, a come to Jesus moment."

He says that he achieved overnight fame from the show ... but says it wasn't always "pleasant."

"It just happened -- talk about overnight," he said. "I didn't know about success, but notoriety. And it's... it's... you can't explain it, it's really powerful. It's really powerful when not just your friends know you, but everybody thinks they know you. They think they do. And depending on how you take it, it's sometimes not that pleasant."