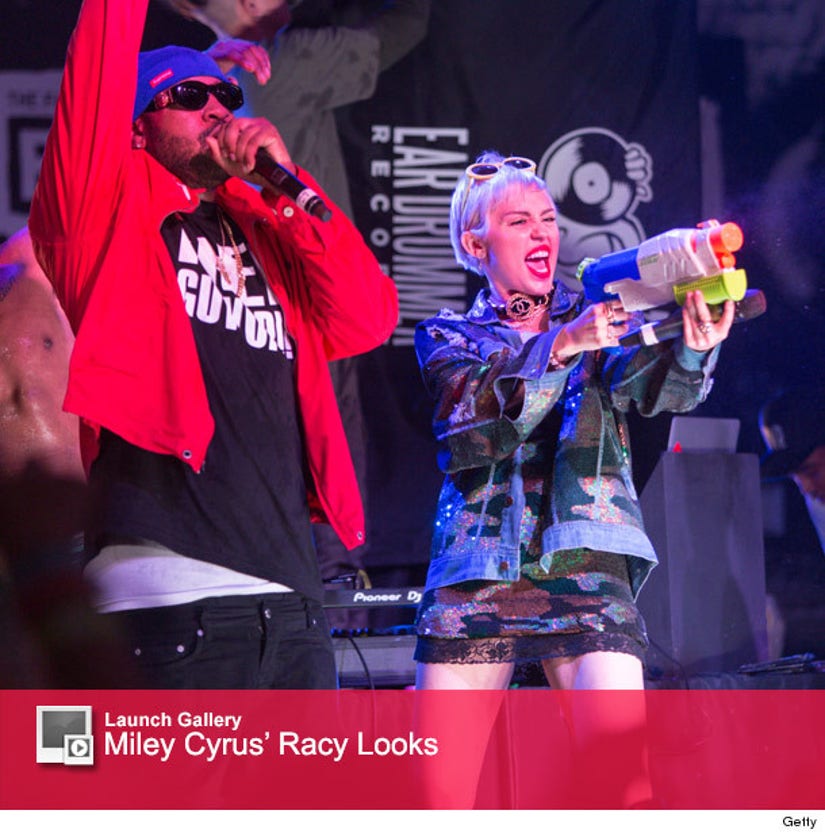 Miley Cyrus is full of surprises!

The 21-year-old pop star stopped by SXSW music fest in Austin, Texas on Thursday and gave fans the show of a lifetime!

During Mike Will Made-It and Friend's set at The Fader Fort presented by Converse, the racy star joined her producer-pal onstage for a surprise performance of their song "23".

Clad in a sequined camouflage slip dress and matching denim jacket, the songstress doused the crowd with a water gun as she sang her next hit, "We Can't Stop", during the impromptu performance.

Miley rounded out the set when she performed with additional surprise guests, Future and Rae Sremmurd, on their song "Throw Sum Mo".

The "Hannah Montana" alum looked to be in great spirits during the night despite having a rough past week.

As previously reported by TMZ, Miley's boyfriend Patrick Schwarzenegger ﻿was snapped getting a little too cozy with another girl while on Spring Break in Cabo San Lucas, Mexico.

The "Wrecking Ball" singer has yet to speak out about the incriminating shots, but Arnold Schwarzenegger's son did take to Twitter to slam the photos saying he "would never do anything to hurt his girlfriend".

What do you think of the singer's wild performance?! Sound off below then click "Launch Gallery" for more of her racy looks!