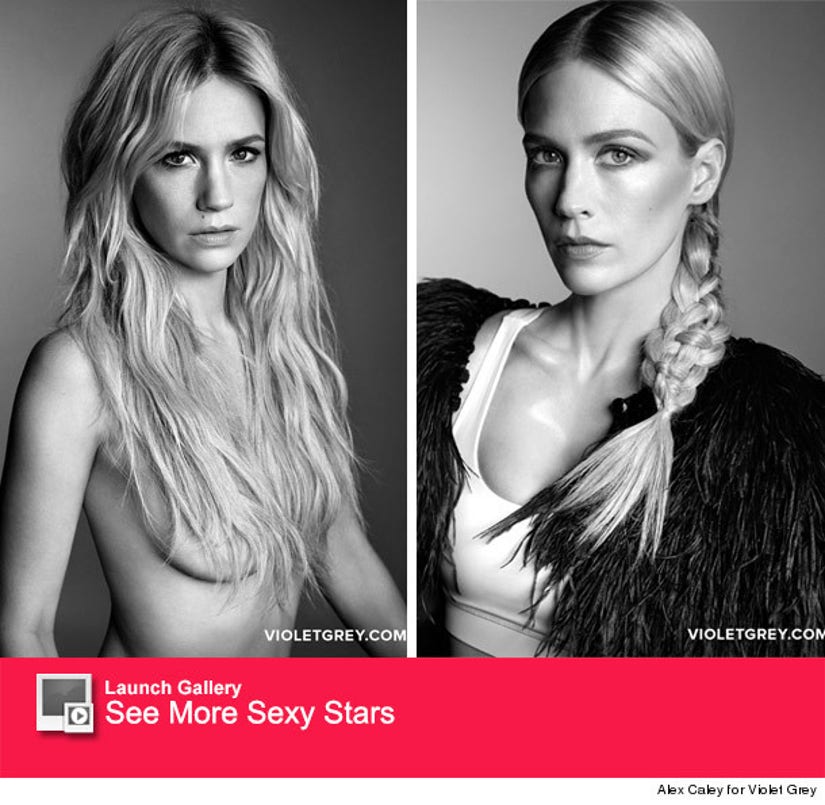 January Jones goes topless in the April Issue Violet Grey's The Violet Files magazine, in one of six looks where the versatile star transforms into different characters.

For the first photo, the "Mad Men" ﻿actress goes topless with natural make-up and nothing but messy waves strategically covering her lady bits.

The second look showcases the 37-year-old's gorgeous features as she sports a funky side braid, soft eye makeup and a feather jacket. 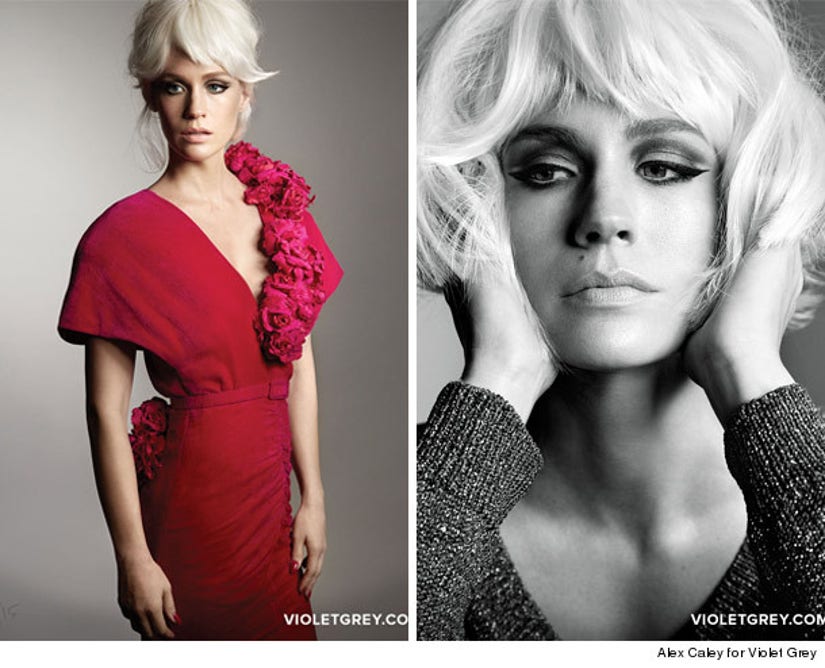 January also has fun with some platinum blonde wigs and 60's inspired makeup for the issue, which is reminiscent of the show that made her a household name.

With the AMC series in it's final season, the star revealed what she thought of the drama bringing closure for the characters, cast and fans.

"I was surprised, but the show has always surprised me," she dished. "Each episode is so good and sort of ties up things—not in a perfect bow, obviously—but I think the audience will be happy."

And while she looks amazing here, there was a time when Jones felt anything but glamorous.

January frequently shares her "transformation" through her now infamous #TBT Instagram posts, and explains her reasoning behind the often hilarious pics. See some of the shots in the gallery below. 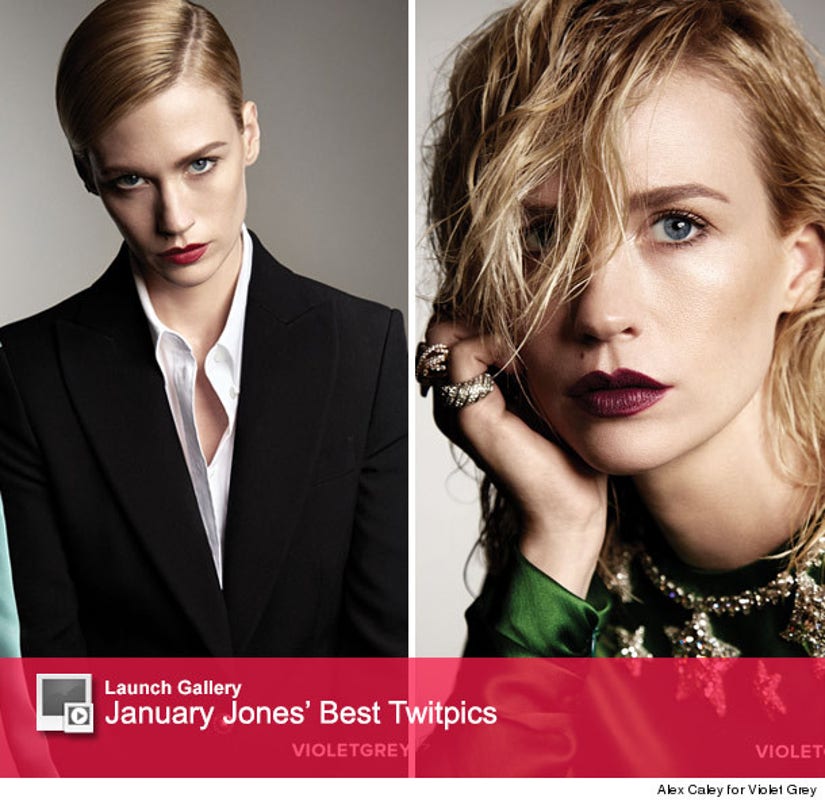 "I was at my most confident as a kid. It actually wasn't until I got into high school and started to get 'pretty' that my confidence started to disappear," she revealed.

"So I want to give the message that girls can be proud and self-assured no matter what funky haircut they have."

What do you think of the stars fashionable photos? Sound of below then click "Launch Gallery" for more sexy celebs!