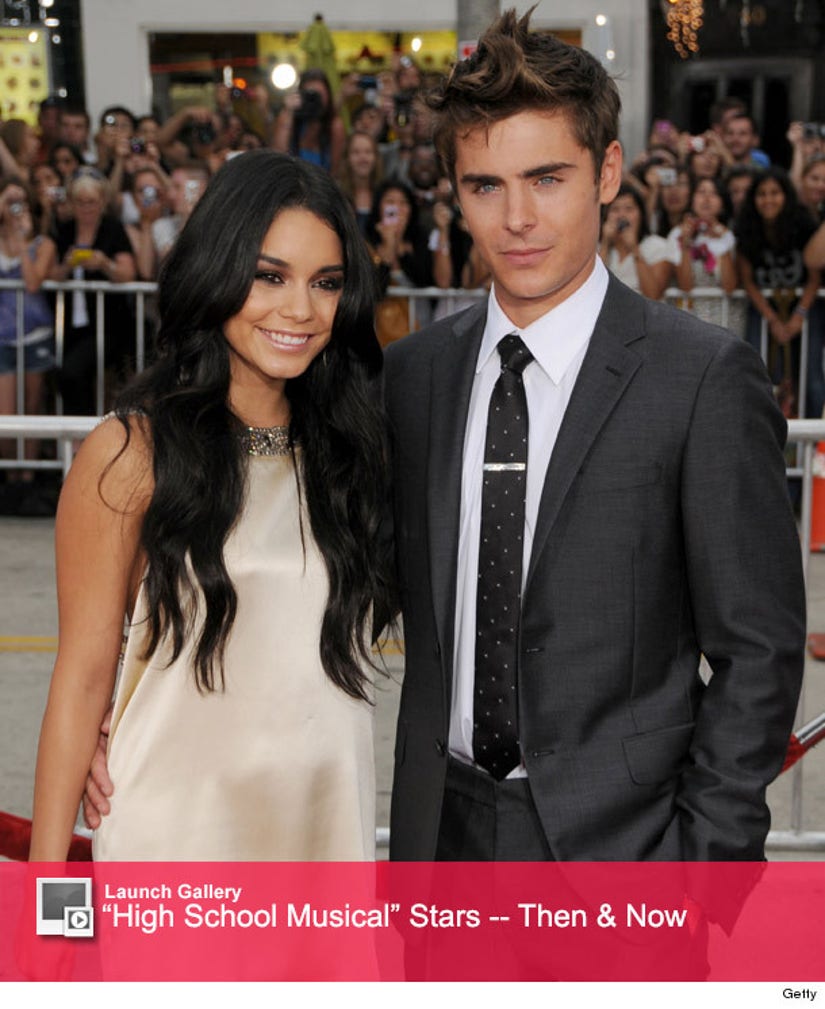 Vanessa Hudgens is spilling some dirty details about her relationship with ex-boyfriend Zac Efron.

The actress admits that the stress of being in such a high-profile romance took a toll on her. "I went through a phase when I was really mean because I was so fed up," the 26-year-old star says in a new interview with The New York Times. "Girls were running after him, and I was giving them death stares."

The couple met on the set of "High School Musical" and were together for five years before calling it quits in 2010.

"Then I realized that's not what that's about," she adds, before talking about her change in attitude. "Spread the love, be a good person, they support you, be nice."

Efron and Hudgens have both moved on: Zac started dating Sami Miro a few months ago, and the Vanessa has been linked to actor Austin Butler since 2011.

In fact, the "Gigi" star credits her current beau for giving her a new appreciation for Catholicism. "It feels like Arcade Fire -- it's epic like that," she said of attending mass at Hillsong with Butler. "They really focus on you having your own personal relationship with Jesus, which is wonderful."

The brunette beauty also seems to find inspiration through music, and she describes herself as "a definite hippie."

"I'm literally my happiest self when I'm dancing half naked on a grass field listening to Led Zeppelin," she reveals.