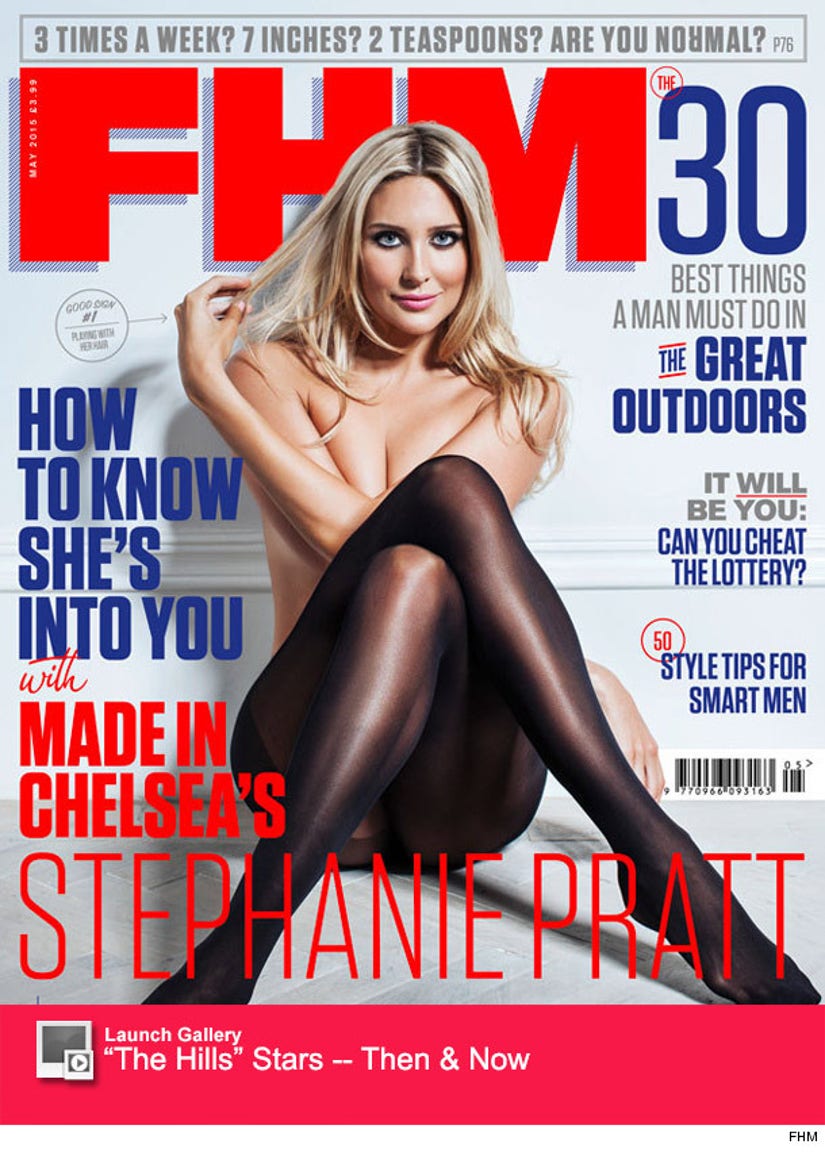 Stephanie Pratt is baring her bod ... and her secrets!

The former "Hills" star strips down in a sexy cover spread for the latest issue of FHM, posing topless in nothing but a pair of black tights. After years in front of the camera, the 28-year-old beauty is preparing to release a tell-all memoir about her life.

"It's coming out later in the year, and it's about me growing up," she says (via the Daily Mail). "It's got stuff about family, getting everything I've ever wished for, my descent into drugs and rehab and arrests."

Pratt, who was busted for a DUI back in October 2009, will also expose secrets about bad boy brother Spencer Pratt and other behind-the-scenes details from all of her reality shows.

"Stuff about The Hills, Big Brother, Made In Chelsea, my brother [Spencer], guys… I've been very honest," she explains of the contents of her book.

We recently got a glimpse into Stephanie's personal life when she enlisted Patti Stanger's help to find love on "The Millionaire Matchmaker." She's now rumored to be dating her "Made In Chelsea" costar, Josh Shepherd, which seems to follows Patti's theory about her love of "bad boys."

"Stephanie was good, but she keeps picking bad boys," the Bravo star told toofab's Brittany Kyles. "It's very hard to break someone of the bad boy diet. It's not easy. It's the sexual thing because you are sexually attracted. Once you get over that, you can get over anything."

Between her rocky relationships and constant family feuding, we're guessing Stephanie's book will be packed with juicy drama -- are you excited to read it? Sound off below!