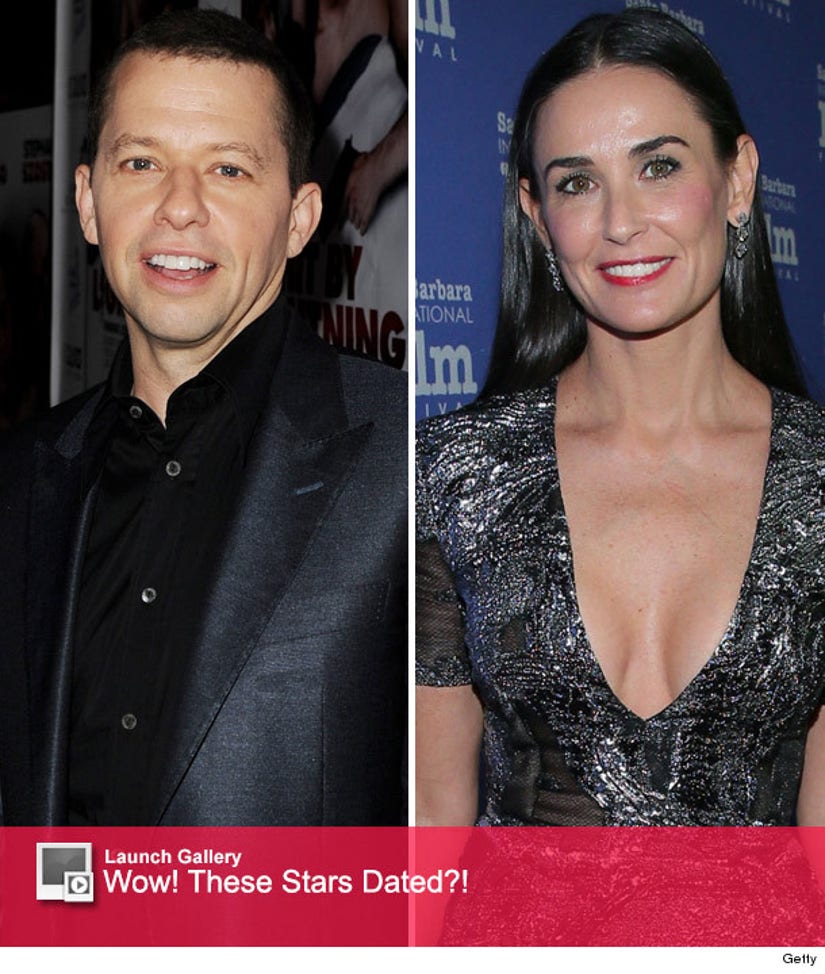 Jon Cryer's coming clean about his past!

The "Two and a Half Men" star opens up about his dating history in his new memoir, "So That Happened," and spoke candidly up about the tell-all in an interview with Entertainment Tonight.

In the book, Cryer reveals that he and Demi Moore started dating while filming their 1984 romantic comedy, "No Small Affair -- and Demi never told Jon's "Two and a Half Men" costar Ashton Kutcher about their relationship!

"It was awkward in that I'm not sure she even told him that we dated," Cryer confessed in the interview posted on Monday.

"In our first meeting, we're trying to have that let's-create-that-chemistry meeting and the whole time I'm looking at him, waiting for him to drop the bomb," he continued.

Demi and Ashton officially finalized their divorce in November 2013 after 8 years of marriage -- during the same time Jon and Kutcher were already costars on the popular series.

But the brunette beauty is not the only skeleton in Cryer's closet!

The actor likewise reveals in his book that he solicited sex from a prostitute after his marriage ended with Sarah Trigger in 2004. "It's not the proudest moment of my life," he says.

Excerpts of Jon's book have already made it on the web, forcing the 49-year-old to talk to his son Charlie about some of his past behavior.

"I found myself picking my son up at school and having to give him a heads-up that, 'Oh, you might read something on the Internet today that's a little curious,'" Cryer explained. "So I told him the facts of it, and he said, 'Yeah, I'm not surprised.' I was like, 'Wow, okay!'"

It sounds like the "Pretty in Pink" star's new tell-all will be one interesting read!

What do you think about Cryer's candid comments? Sound off below and click "Launch Gallery" above to see more surprising celebrity couples!