Scott Eastwood has some serious dirt on Ashton Kutcher!

The "Longest Ride" star stopped by Thursday's "Watch What Happens Live," where he said it was his girlfriend who hooked up with Ashton Kutcher ... while the "That '70s Show" alum was married to Demi Moore.

Check out the clip above to see what Scott had to say about being cheated on for Ashton!

The conversation started when a caller asked "WWHL" fellow guest Jon Cryer if it was awkward working with Ashton on "Two and a Half Men," because the actor dated Demi before the 37-years-old.

The 49-year-old opened up about his relationship with the "Ghost" actress in his new tell-all, "So That Happened," and revealed that the stars started seeing each other on the set of their 1984 romantic comedy, "No Small Affair."

While Cryer said that Ashton was cool with the situation, it was Eastwood who dropped a major bomb!

"If it makes you feel any better, he did sleep with one of my ex-girlfriends," Scott told Jon, in reference to Cryer's story. "But, she was my current girlfriend at the time."

A shocked Andy Cohen asked, "How did you find out about that?"

"I think [it was] the catalyst that broke him and Demi up," Scott explained. "Was it the girl in San Diego?" Cohen asked.

"Yeah, it was her and her friends ... remember those pictures?" Scott mused. "My buddy and I dated those two girls."

But, the sexy son of Clint Eastwood doesn't sound too bitter about the "scandal" and told Cohen that he has no hard feelings towards the "What Happens in Vegas" star.

What do you think about the 29-year-old's admission? Tell toofab in the comment section below and check out the gallery to see even more celebrity cheaters! 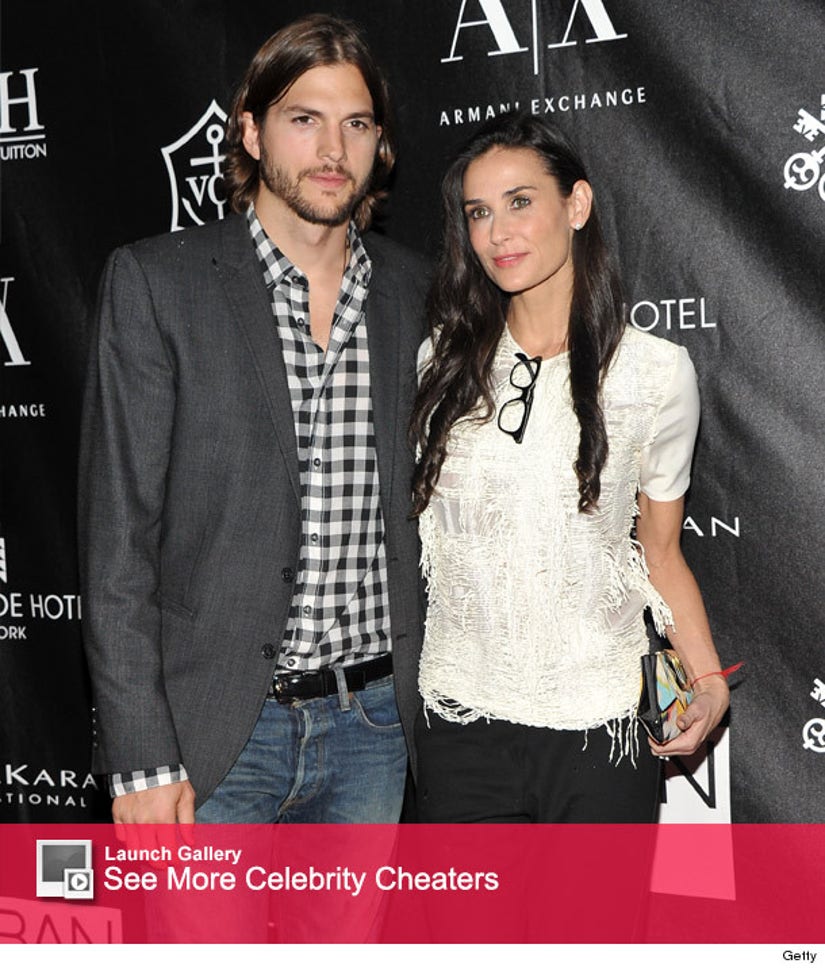