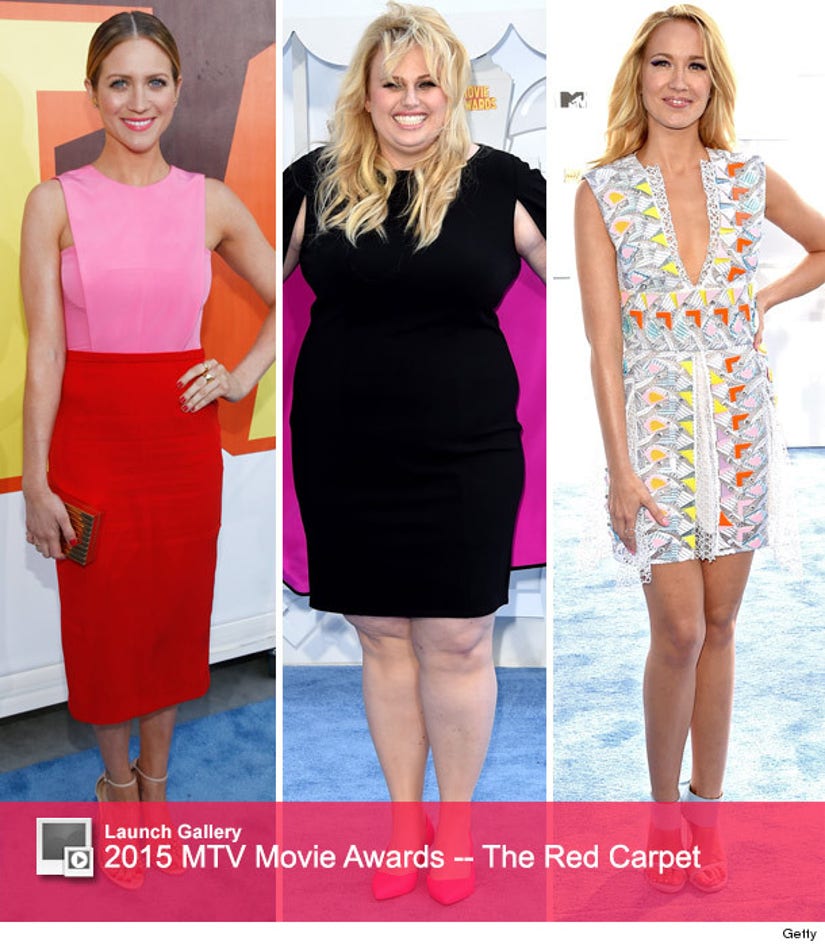 Brittany stole the spotlight in a two-toned pink and red midi dress, which she paired with embellished nude stilettos, a sleek ponytail and a perfect pink lip.

Rebel looked chic and sophisticated in a black cape dress with a pop of pink underneath. The actress spiced up her look with bright pink pumps and wavy tresses.

Anna added even more color to the carpet with a plunging python-printed mini with yellow, pink and orange accents. She paired her fun frock with sky blue sandals and tousled waves.

The trio will join costar Hailee Steinfeld at the show to premiere a new sneak peek from the highly-anticipated sequel.

In case you missed the first trailer, Fat Amy (Wilson) has a major wardrobe malfunction at the President's birthday party in Washington DC, where she tears open the crotch of her costume ... giving everyone a peek at her goodies "down under."

The stunt gets the Barden Bellas suspended, unless they can prove themselves worthy and win the world a cappella championship.

The clip also reveals a few new songs for Anna Kendrick and company, who will be singing Bell Biv DeVoe's "Poison," Miley Cyrus' "Wrecking Ball" and songs from both A Tribe Called Quest and Beyonce.