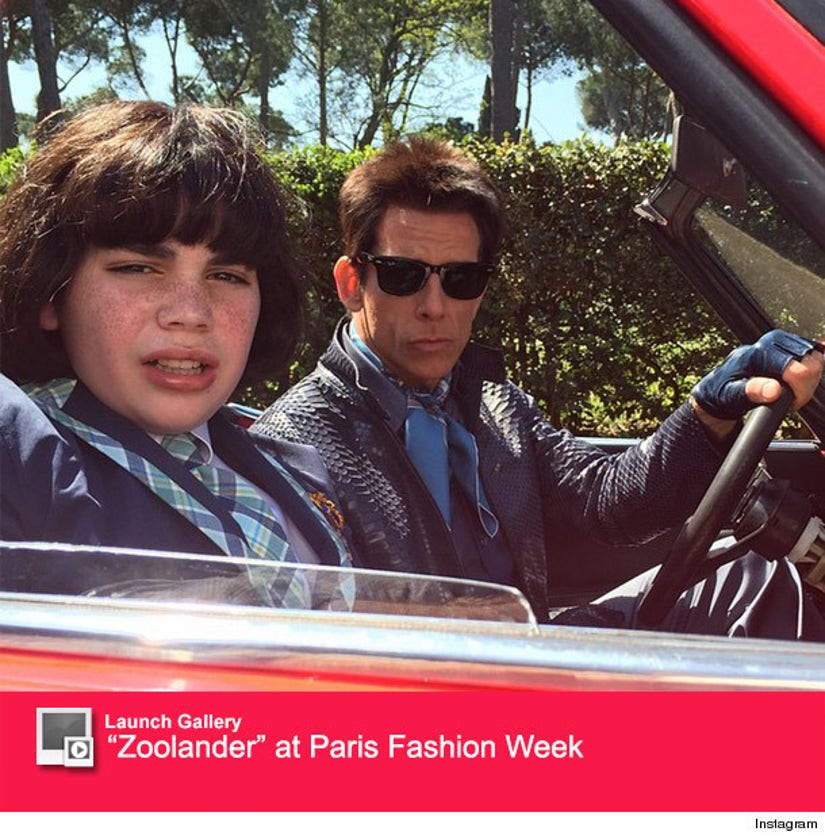 Ben Stiller shared a new photo via Instagram on Monday from the set of "Zoolander 2," while posing in full costume with his on-screen son.

In the photo, Derek and Derek Jr. are spotted driving in a vintage red convertible while showing off their Blue Steel poses for the camera.

Derek Jr. will be played by Cyrus Arnold, who's appeared on TV shows like "Richie Rich," "About a Boy" and "Sam & Cat."

Stiller also revealed a new character from the sequel of the funny flick earlier this month, which has started filming in Europe. 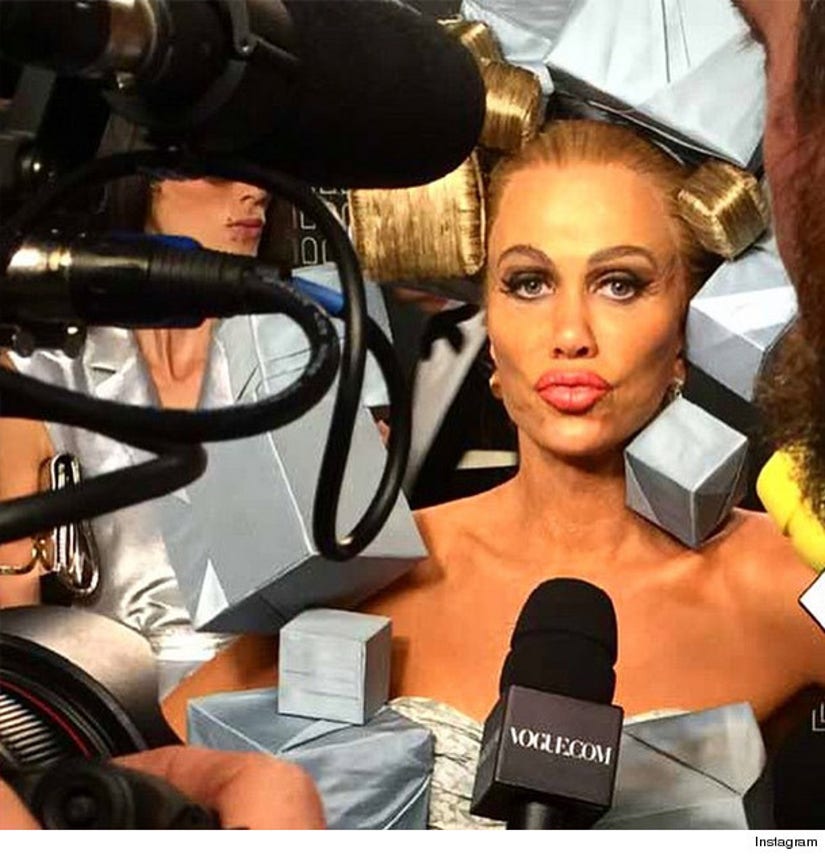 "Very happy to announce Alexanya Atoz has joined the cast of #Zoolander2," Stiller captioned the funny photo. Yes, that's actually Kristen Wiig in the pic above.

News first broke that there was going to be a "Zoolander" sequel earlier this year, when Ben and costar Owen Wilson (Hansel) hilariously stole the spotlight in full model costume during a runway show at Paris Fashion Week.

We can't wait to see more behind-the-scenes photos from the funny flick!

What do you think about Zoolander Jr.? Tell toofab in the comment section below and click "Launch Gallery" above to see more hilarious photos from Ben and Owen's Paris Fashion Week takeover!