Now this is a fab flashback!

Jon Cryer stopped by "The Late Late Show" on Tuesday, where he and host James Corden threw together one of the best "Pretty in Pink" parodies we have ever seen.

Check out the clip above to see the stars lip-sync Otis Redding's "Try a Little Tenderness" dressed in full Duckie costume.

We love how James decorated the set to match that of the record store in the beloved high school comedy -- and their outfits we're pretty on-point, too!

While the film hit theaters back in 1986, it looks like Jon still has all of his character's signature moves down. Check out the original scene in the video below!

Cryer opened up about playing the hilarious nerd while chatting with People magazine, where he revealed his favorite part of Andie Walsh's (Molly Ringwald) BFF.

"What I liked about Duckie was that he thought he was the coolest guy in the room -- regardless of the evidence to the contrary," he told the site.

James has really been killing it on the "Late Late Show" -- from showing off his singing skills in the car with stars like Mariah Carey to spoofing underwear ads with David Beckham, we can't get enough of Corden's comedy sketches! 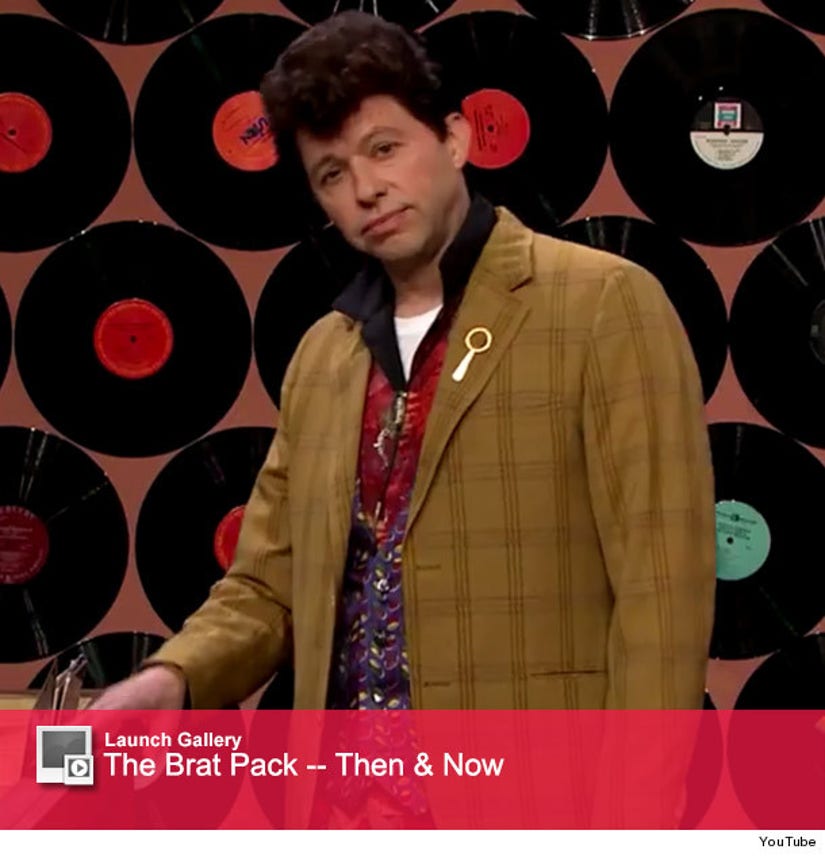 What do you think about James and Jon's "Pretty in Pink" performance? Tell toofab in the comment section and see what the rest of your favorite '80s stars look like now in the gallery below!