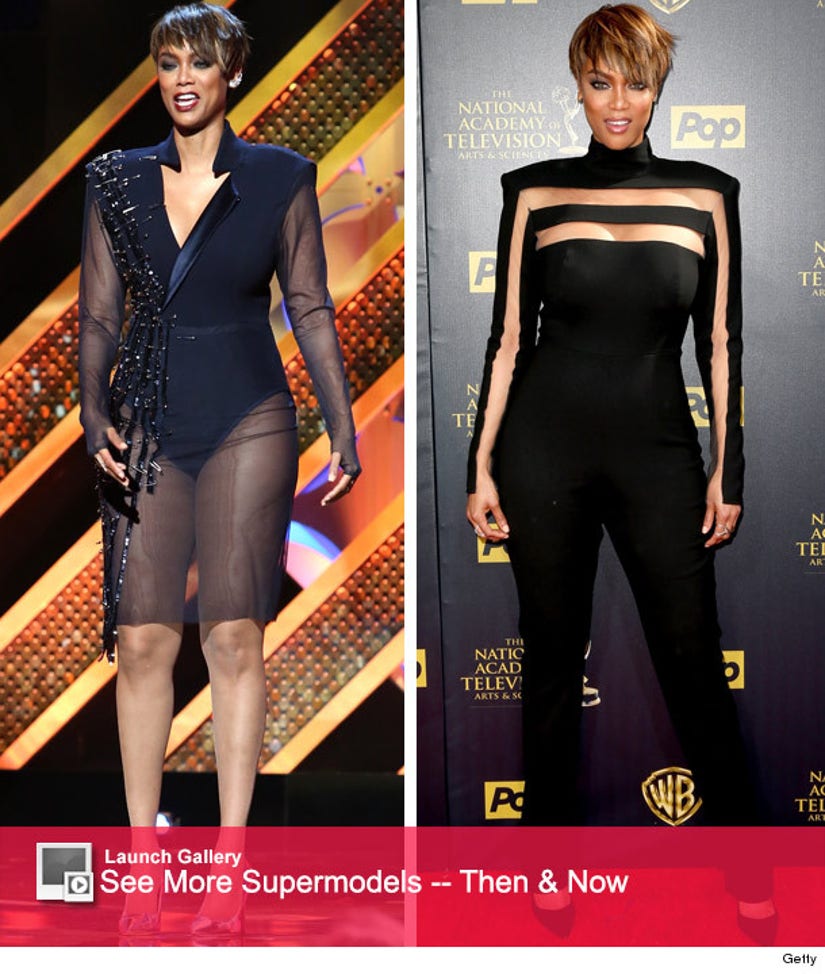 Hostess with the mostess!

Tyra Banks brought the fierce as host of the 2015 Daytime Emmy Awards on Sunday night -- and kept things interesting with her multiple wardrobe changes.

First, the "America's Next Top Model" host rocked her short new pixie cut on the red carpet. The supermodel chopped and highlighted her hair in preparation for Cycle 22 of her hit competition show a month ago -- but this is the first major event she's attended with the new 'do. She went with a sleek look on the arrivals line, sporting a black jumpsuit with sheer panels that revealed a hint of cleavage.

But it was during the show that her outfit choices got even more daring.

The 41-year-old continued the see-through theme in a "dress" consisting of a black bodysuit with sheer sleeves and a skirt that revealed a whole lotta leg. The daring choice was embellished with beading and safety pins on the side. 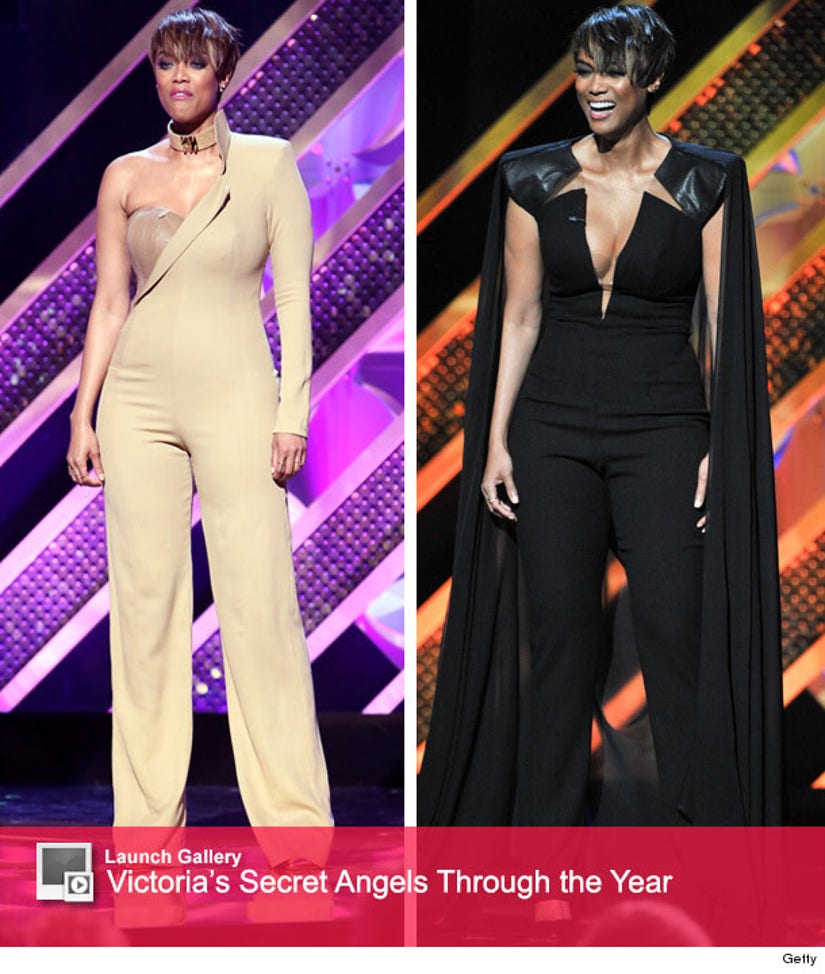 For another look, the former Victoria's Secret angel went futuristic in a taupe wide-legged jumpsuit with one arm and a bejeweled collar.

Tyra clearly felt comfy in a jumpsuits, as she sported yet another one later, her third look adding a plunging neckline and a sheer long cape.

We can't say we're surprised by Tyra's over-the-top hosting style, the professional "smizer" did warn us that she'd be upping her fashion game for the awards show.

"I wanted to do eight [looks] in two hours," Banks said in a recent interview with People magazine. "But I just talked to my stylist, and she said I was crazy, so I think it is going to be six looks in two hours."

The final tally ended up being five, including the outfits above and the red, one-sleeved dress below. 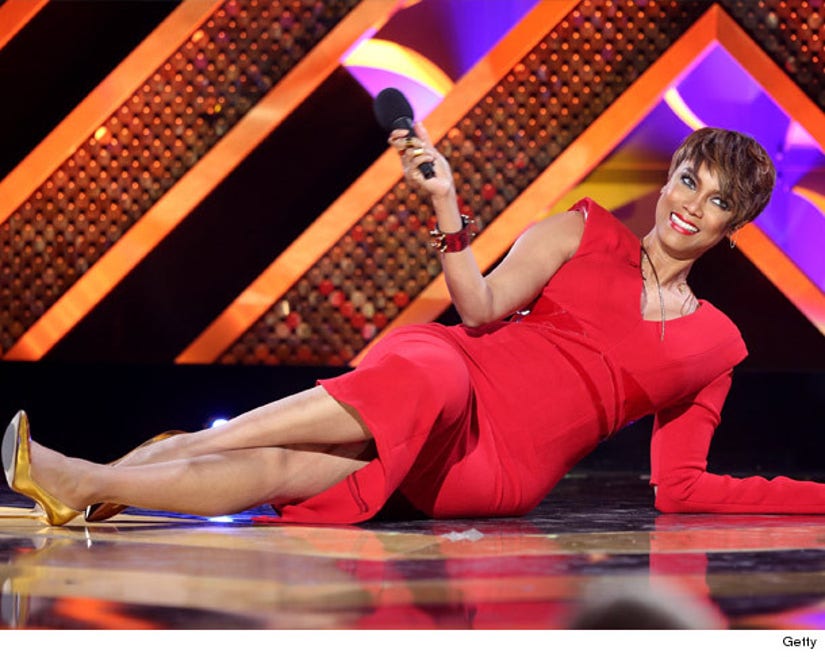 Which of her many outfits was your favorite? Sound off below, then click "Launch Gallery" for more supermodels then and now!