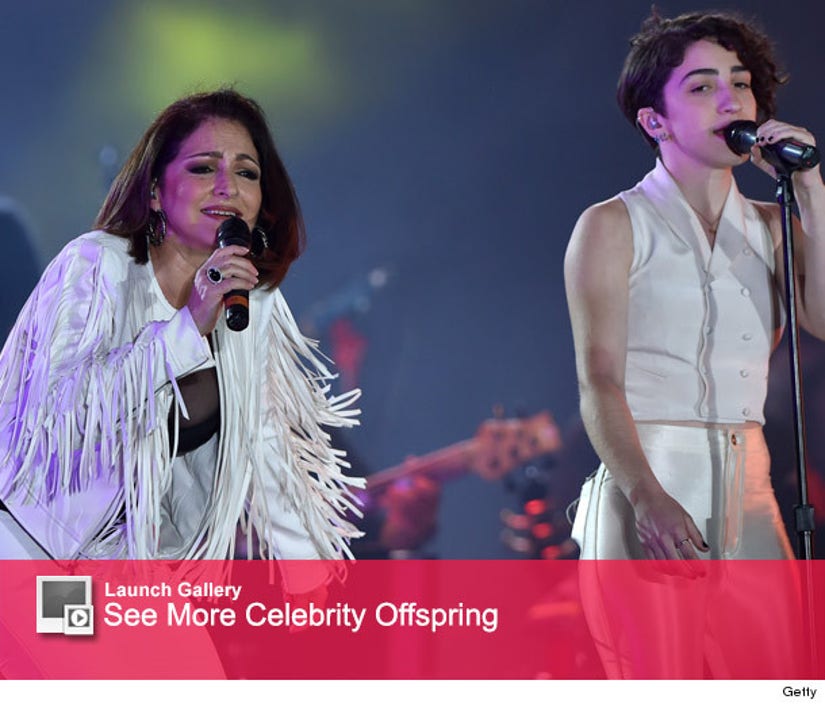 Gloria Estefan has passed on her musical genes to her daughter!

Emily Marie Consuelo may only be a college sophomore, but she's already making a name for herself as a singer.

"The reality is they're amazing golden footsteps to follow in," the 20-year-old musician told "Today" when asked about following the same career as her mom. "My biggest fear now is just being able to do the past justice."

The college student grew up on the stage, first showing off her skills when she was only 10-years-old. She made her official singing debut in 2014 at The Hollywood Bowl, which she called "daunting."

"All the people who have been able to perform there that ... deserve it," she said. "Oftentimes, I don't believe that I deserve things ... There's no way of knowing when you are a descendant of the Conga Queen."

As Emily builds her own career, Gloria and husband Emilio Estefan are focusing on an upcoming Broadway musical called, "On Your Feet," which chronicles the couple's 37-year-marriage and love story.

So, what's the secret to Gloria's success? "I think, first of all, that the rhythm is gonna get you," Estefan said with a smile. "We were just trying to stay true to who we were."

Check out the clips above to hear more from this mother-daughter music duo!