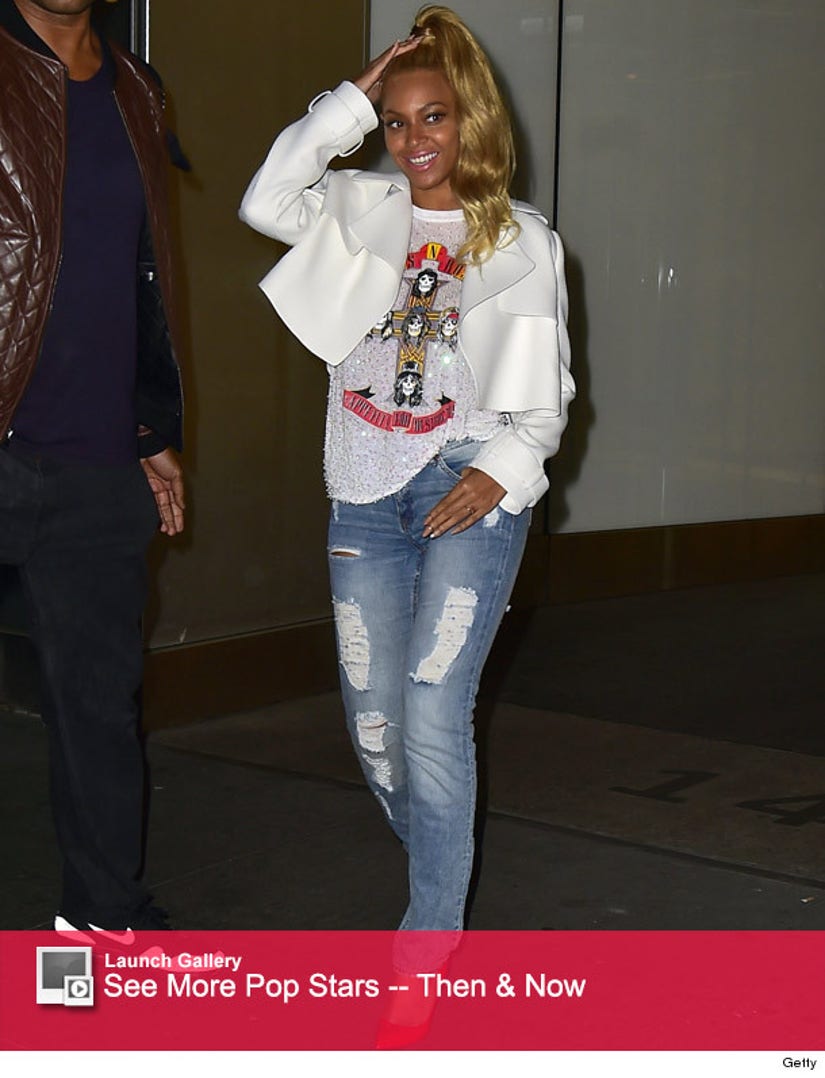 Twenty four hours after Monday night's Met Gala, Beyonce was still rocking the same high-pony she wore on the red carpet -- this time pairing it with a more casual look.

The look is a far cry from her barely there Givenchy dress at the Super Bowl of style -- but Queen Bey proves this 'do can be surprisingly versatile. 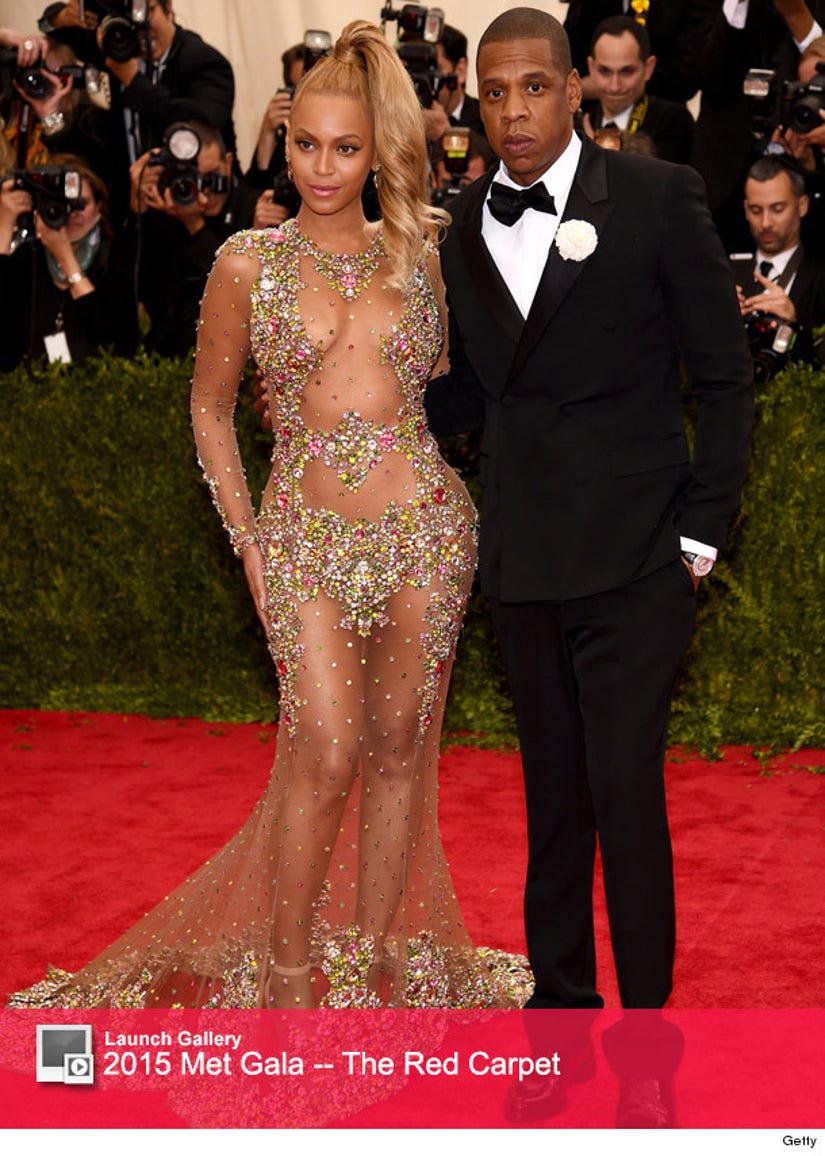 Jay-Z's other half showed up to fashion's big night nearly an hour and a half late on Monday, but still managed to send everyone into a frenzy over her wardrobe choice.

Blue Ivy's mama had some stiff competition that night. Jennifer Lopez and Kim Kardashian also went with nearly-nude looks -- but it was Beyonce's bejeweled, body-clinging gown that stole the show!

What do you think of Bey's re-purposed ponytail? Sound off below then click "Launch Gallery" for more pop stars then and now!