After months of speculation, Kylie Jenner has confirmed one of her worst-kept secrets -- her lips aren't totally natural.

In a sneak peek clip at Sunday's "Keeping Up with the Kardashians," we see the youngest Jenner daughter freak out after a reporter asks her about all lip service over her plump pout. While Kylie vows she'll never "deny or confirm anything," her sister Khloe does it for her -- revealing all in a confessional.

"Kylie decided to plump her lips and I don't think there's anything wrong with that," she says to the camera. "I think if you've done something though, it is right to cop up to it. If you avoid a question, you're going to look like a liar."

In another clip, we hear Kylie admit it herself.

"I have temporary lip fillers, it's just an insecurity of mine and it's what I wanted to do," she says. "Everyone always picks us apart. I want to admit to the lips, but people are so quick to judge me on everything, so I might have tiptoed around the truth, but I didn't lie."

E! was actually the outlet who asked the reality star about her lips at the event above.

At the time, the 17-year-old told them, "I feel like everyone has been talking about it for months, so I'm kind of sick of it. My pictures, I pout them out a lot. I think big lips are awesome. I love lip liner and over lining my lips. I don't even care anymore. I'm like whatever, just say whatever you want. 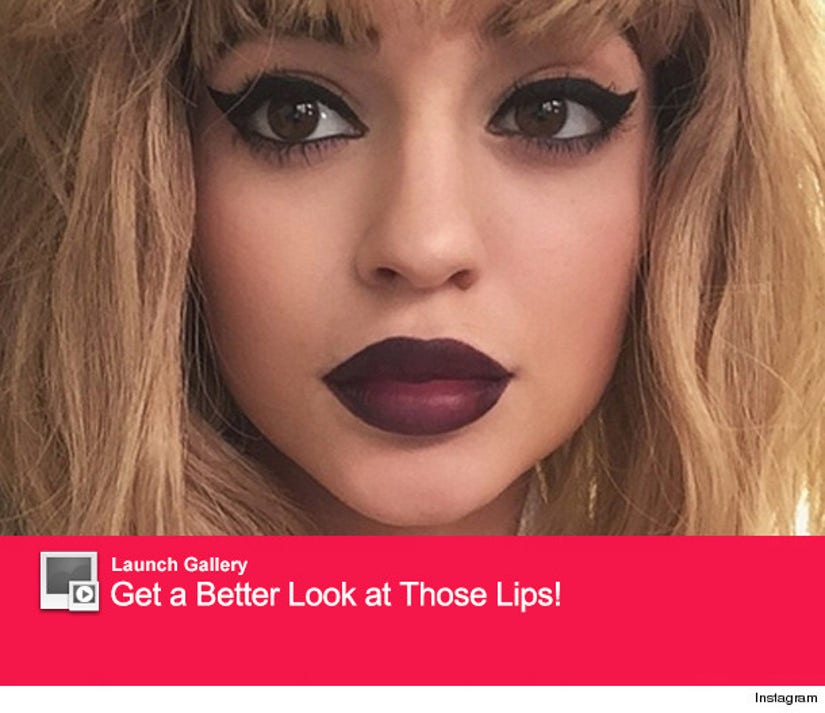 The 17-year-old also opened up about her changing appearance in Cosmopolitan earlier this year.

"You guys have watched me grow up since I was 9. My face is going to get different. Now, I know how to do my makeup, contour and everything. I'm not against surgery. I'd never say no, but I don't desire it right now," she told the mag at the time.

What do you think of Khloe's confession? Sound off below!