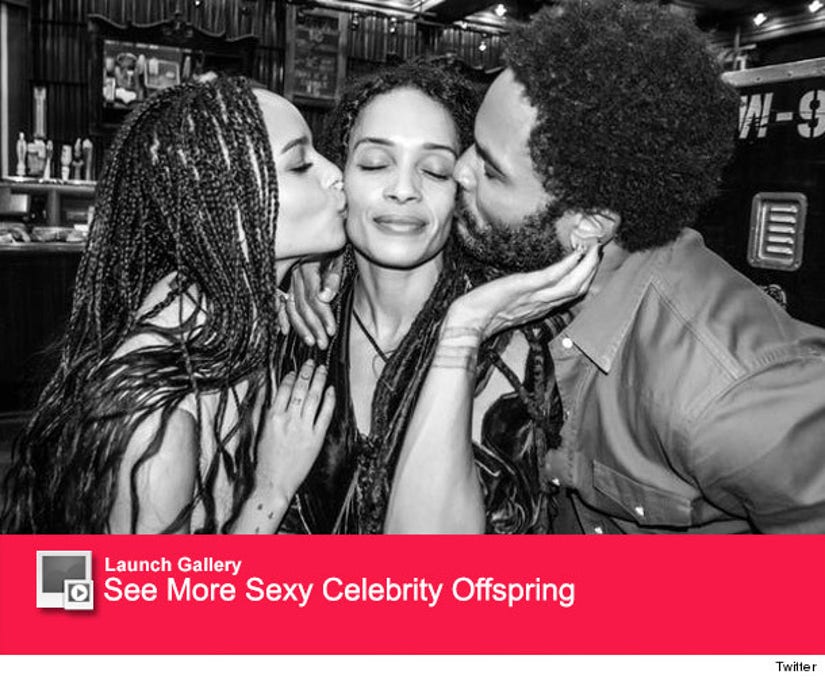 Now that's what we call a pair of super friendly exes!

Despite being divorced, it appears things are still A.O.K. between Lisa Bonet and Lenny Kravitz. The former couple share daughter Zoe Kravitz ... and in a new photo, all three look like one big happy family!

"Blood," the 50-year-old rocker captioned the photo above on Twitter.

In the shot, the 47-year-old actress sits in the middle, while her 26-year-old daughter and her former hubby kiss each of her cheeks!

The "Fly Away" rocker and the "Cosby Show" alum divorced back in 1993, and Lisa married "Game of Thrones" hunk Jason Momoa in 2007.

But it's clear Lenny and Lisa are still close. The two even attended the Met Gala on Monday night, where they walked the red carpet together! 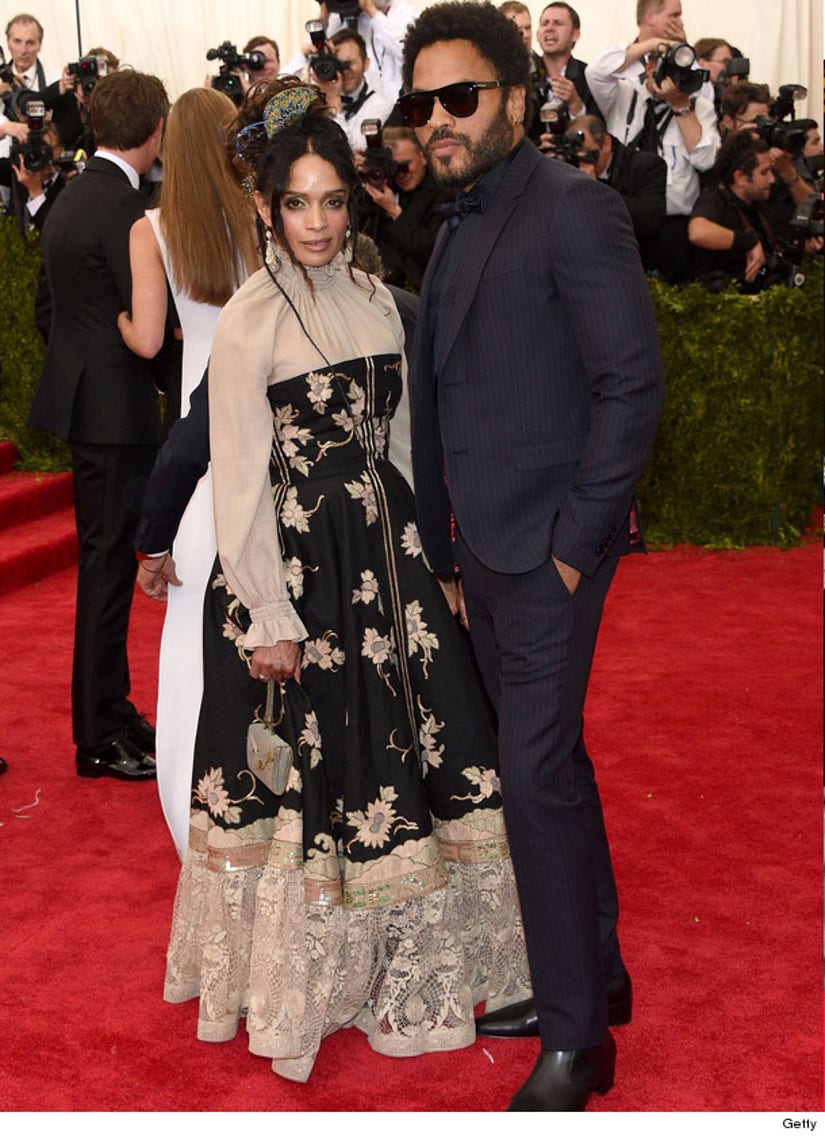 Lenny and Lisa might be the coolest parents ever, but according to the "Divergent" star, even they embarrass their daughter on occasion!

"I don't think anyone knows how funny we are,” she revealed in a recent interview with Complex Magazine. "It's like this whole thing where people think we're so cool and hippie and wear velvet, but we're the f**king nerdiest people."

“[My dad] would come pick me up from school sometimes when he was in town in a sports car and a netted shirt, and I'd be like, 'Ugh,'"she said of her unique upbringing. "That was when 'Fly Away' came out."

What do you think of the close exes? Sound off below then click "Launch Gallery" for more celebs and their kids!