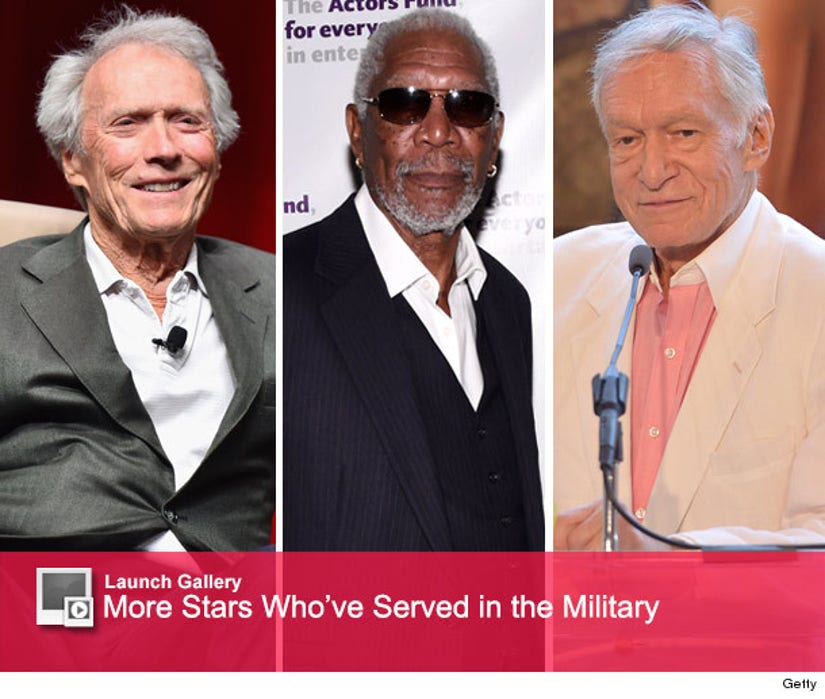 As we take a moment to remember those who have lost their lives while serving our country in the armed forces, we wanted to see which stars have lent their services to the military, too.

Actor/director Clint Eastwood served two years in the Army as a swimming instructor ... the incredibly talented Morgan Freeman earned the rank of "Airman First Class" while giving four years of his life as an Automatic Tracking Radar Repairman in the military ... and "Playboy" founder Hugh Hefner worked for two years as a military journalist.

These men have lived some very full and fulfilling lives -- but they aren't the only big Hollywood names who have served.

Which stars were you the most surprised about to see have served? Tell toofab in the comment section below!