In case you missed it, the "Kendra on Top" star went off the rails when her mother, Patti, made an appearance during her mock wedding ceremony with husband Hank Baskett.

When her mom tried to speak, Kendra accused Patti of not supporting her marriage, then starts screaming, "The devil has eaten your soul!"

So, what did "Marriage Boot Camp" newbies Jeff Schroeder and Jordan Lloyd think of the outburst?

"I kept looking over at him, and I was like, 'Oh my gosh, I shouldn't be here. I need to get out of here,'” Jordan told toofab's Rachel Hoffman. "For me, it was a little much," Jeff added. "This blows up, and I'm like, 'Is this real?' But she was very emotional; it went on for quite a while." 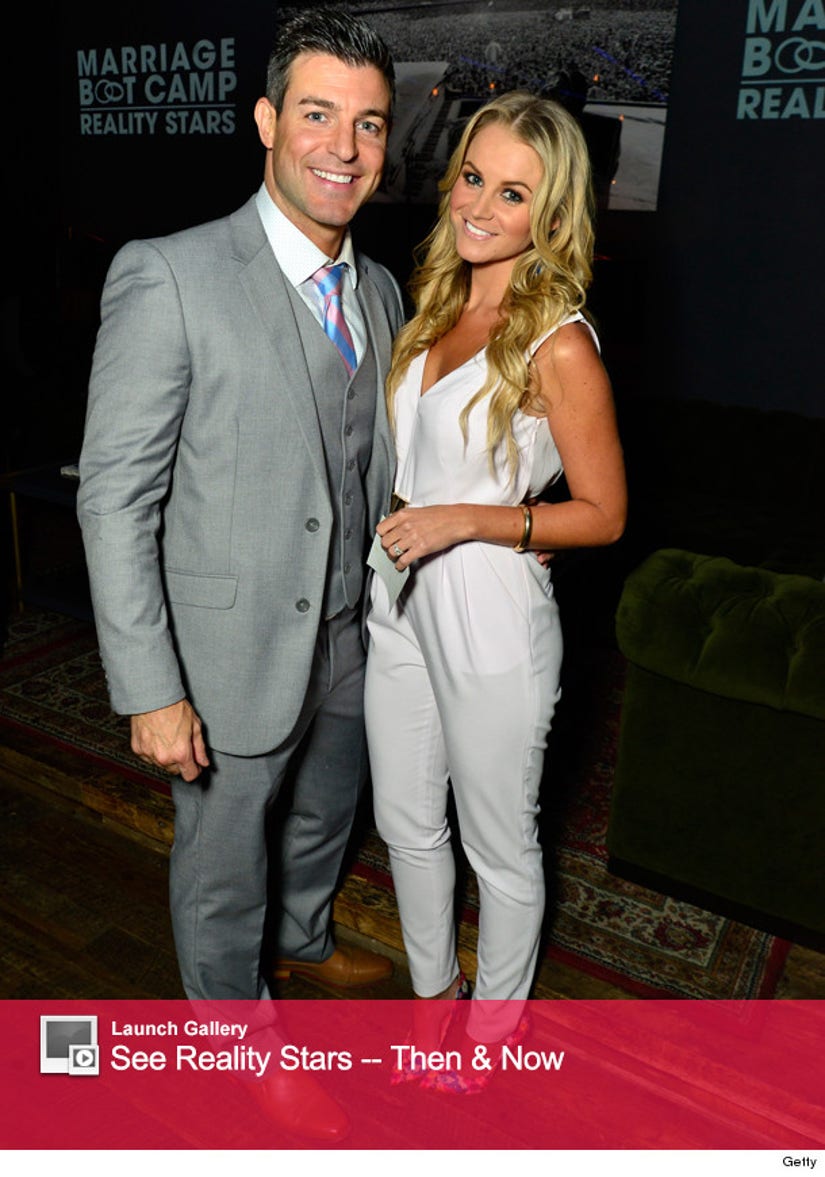 Even though the former "Big Brother" stars think Kendra's theatrics were over the top, Jordan still got emotional.

"I teared up because I felt bad for her," she told us. "If that was me and my mom, I'd be upset. So, I was putting myself in her situation. It's sad. I was the same as him, like, 'Really? Is this how Marriage Boot Camp is going to be?'”

"I think it made us hesitant … it might have put up a wall for me," Jeff explained. "I'm definitely not going to get to that level, ever. So, if that's what they're expecting, maybe we shouldn't have done this show."

Jeff and Jordan also revealed that Kendra and Hank's rocky relationship separated them from the other couples.

"I didn't really get to know Kendra that much," Jordan admitted. "They were dealing with their own issues, their own problems. We were there for support if they needed it, but I think they were in their own world. I got close with everyone else and not them."

"I think out the 10, 8 of us really bonded and leaned on each other when we needed support," her fiance chimed in. "Hank and Kendra had a lot going on. They had the big scandal that's already out there that will be revealed this season."

The newly-engaged pair were dubbed "Almost Perfect" by their housemates, which is something they knew would come back and haunt them.

"When they started naming the couples and we were labled 'Almost Perfect,' I knew there would be repercussions," Schroeder said. "It starts the drama – let's stir the pot."

Watch all the drama unfold on "Marriage Boot Camp: Reality Stars" on Friday at 9PM on WE tv.

Check out the clip above to find out why Jordan jokes that she's a "dirty whore," and see when these two are getting hitched!

Want to learn more about Jeff and Jordan? Find out what they really think of their former costars in the video below.