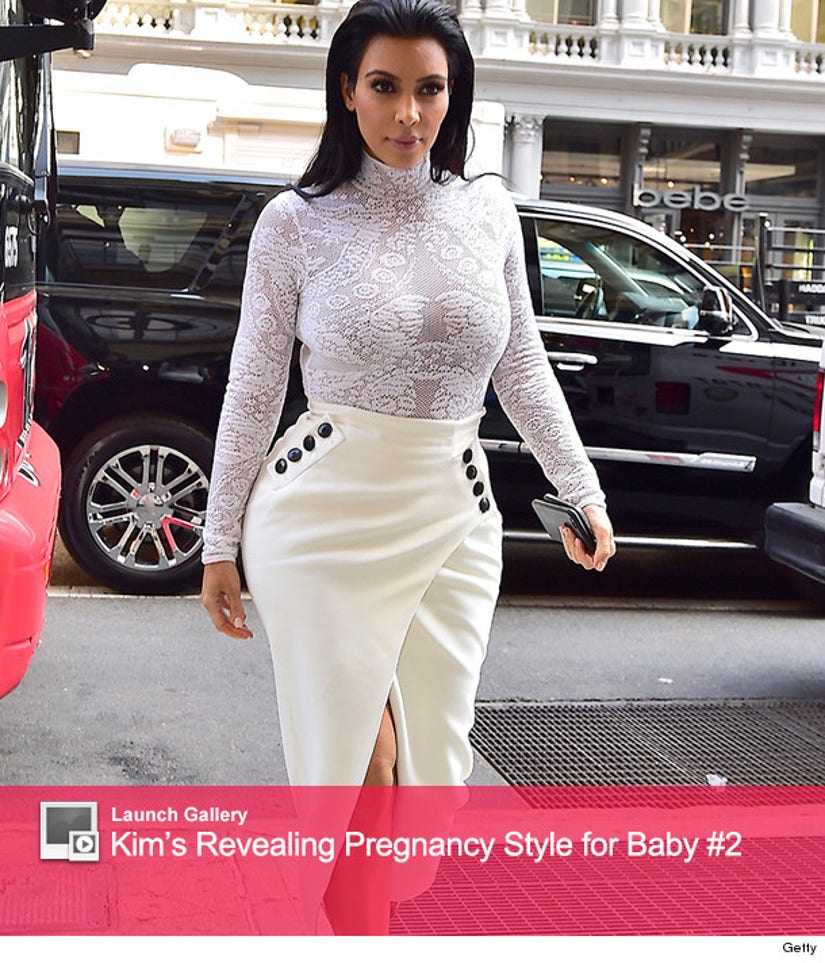 Kim Kardashian is opening up about Baby #2!

The "Keeping Up With The Kardashians" star glows on the July issue of Glamour magazine, where she gets real about her growing family, motherhood and hubby Kanye West!

The 34-year-old revealed she's expecting in a tease for the next season of "Keeping Up with the Kardashians" -- and confirmed the news with the magazine as the issue went to press.

"We are so beyond excited," she says in a new statement to the publication.

Since first posing for the mag back in 2012, the 'Selfish' author has tied the knot and welcomed daughter North West. With so many big life changes, Kim has truly transformed.

"I'm a completely different person. I don't know if it's growing up or being with Kanye, who's more private, but I try and live my off time as privately as possible," she explains. "I used to enjoy the spotlight. If I had a day off from filming, I didn't know what to do. Now I enjoy my family time so much, there is this sense of, If it all went away, and I was just a mom, I would love my life." 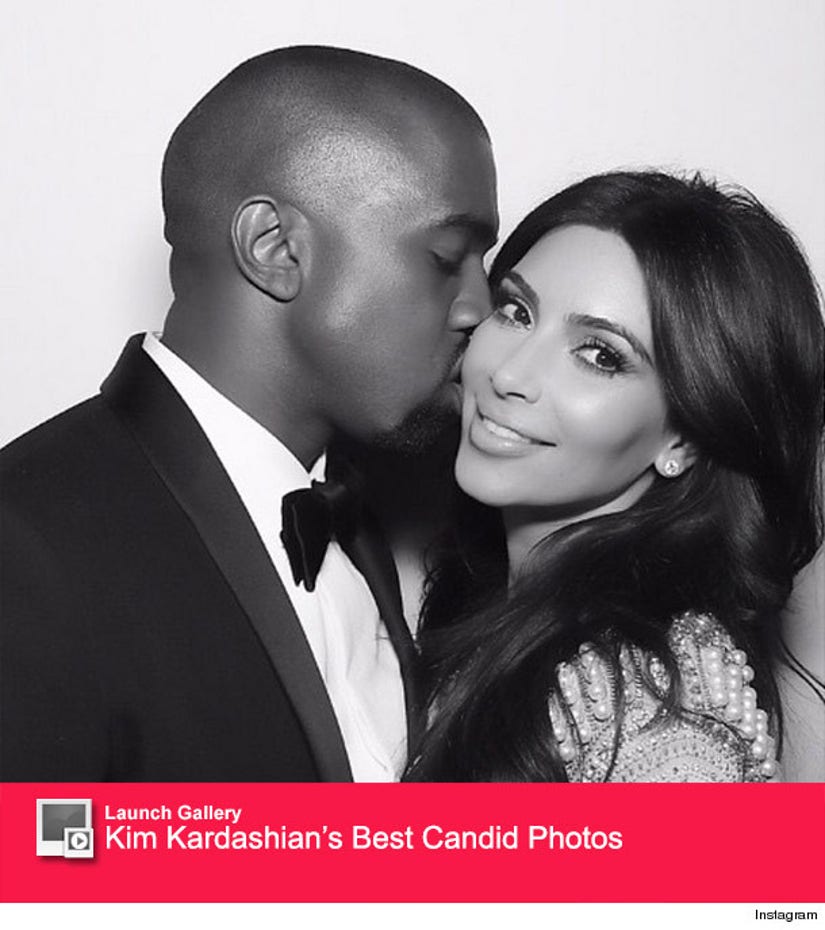 It really does seem like the star is a much happier person, despite being initially being nervous about becoming a mom.

"It really changes you. When I found out I was pregnant [with North], I was going through an awful divorce, Kanye and I had just been dating for seven months—granted, we knew each other for a decade—and I was like, 'I can't do this. It's not the right time.' But then I figured, If I'm in my thirties and I'm not ready, I'll never be ready. So it's been the biggest lesson, and the biggest joy of my life."

The tiny tot, who turns two this month, is already taking after her fashionable mom -- but it sounds like Kim's other half is not ready to see his little girl all grown up!

"Today North put on these Manolo heels of mine and was walking perfectly around my closet," she explains. "I sent Kanye a video of her; he was like, 'Tell her to stop! She cannot grow up, she cannot wear your heels.'"

With another baby on the way, Kim -- who struggled with fertility issues publicly on this season of her show -- says that she originally didn't plan on chronicling her emotional experience for fans.

"I didn't know that I was going to be so open with [my fertility challenges]," she continues. "But meeting people at my fertility doctor's office who are going through the same things I'm going through, I thought, 'Why not share my story?'"

"It's been really emotional. One doctor told me I would need my uterus removed after I had another baby—I could only have one more. One was like, 'You should get a surrogate.' The other one was like, 'Oh, no, you'll be fine.' Then I called my doctor, and he's like, 'You know what? I believe—we'll get through it.' There are definitely times when I walked out [of the doctor's office] hysterically crying, and other times when I was like, 'OK, everything's looking good—it's going to be this month!' The waiting and waiting has been a roller coaster."

Well, looks like the waiting game is finally over!

What do you think of Kim's candid comments? Sound off below and read Kim's full interview when the July issue of Glamour hits newsstands June 16! 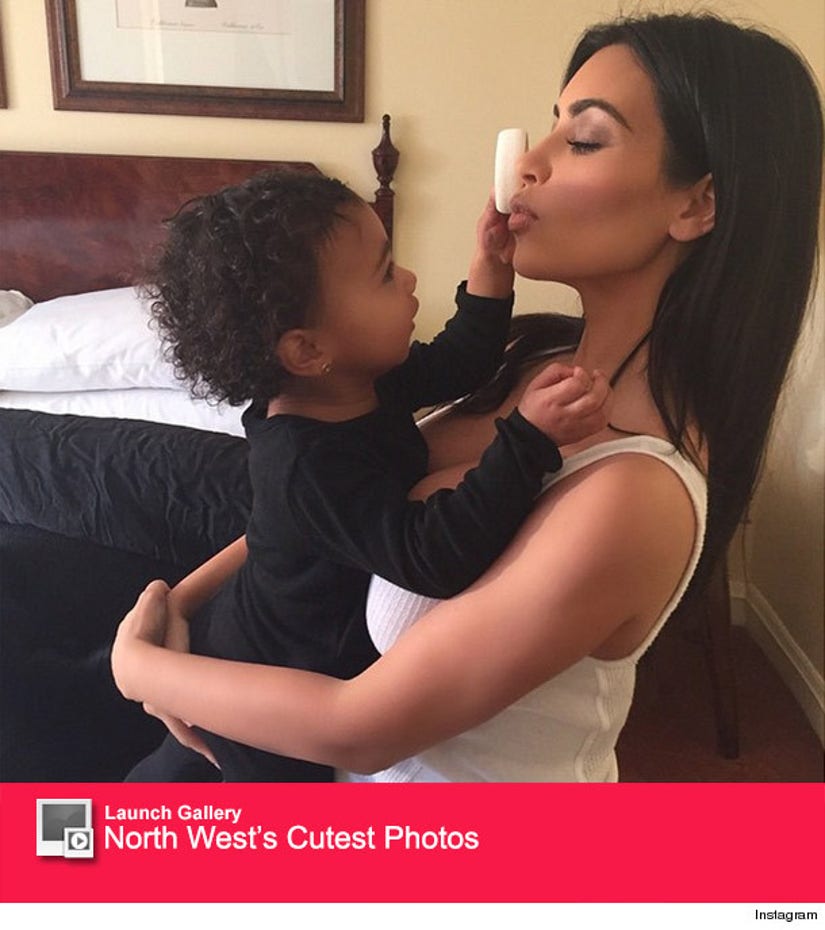